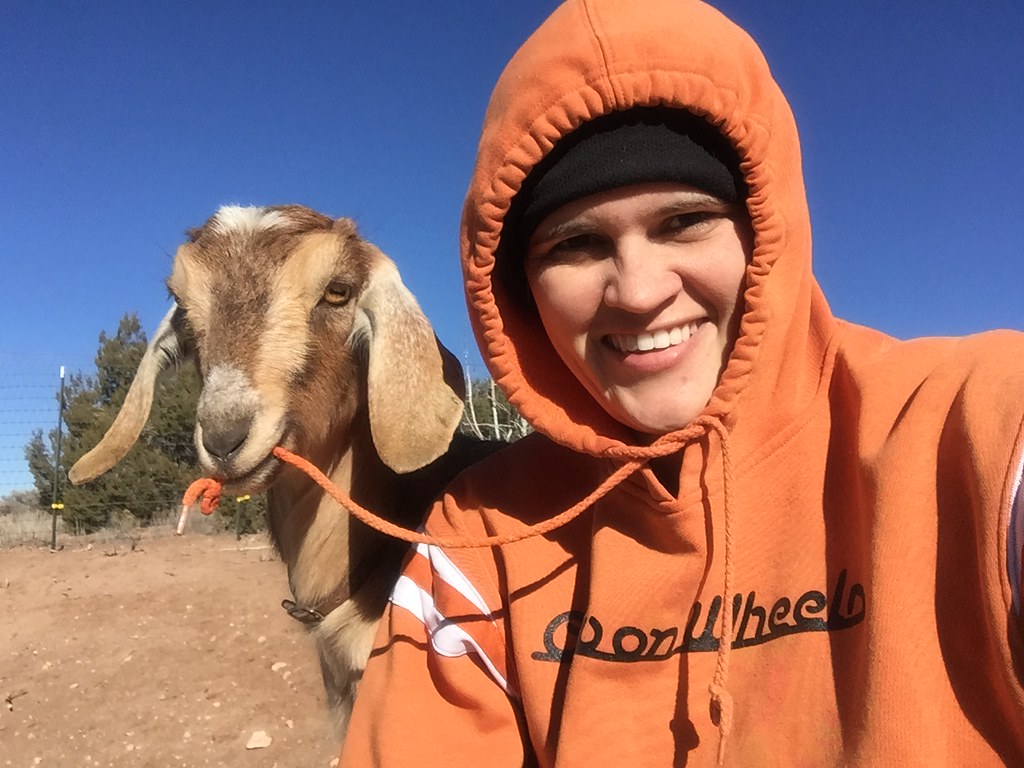 She was Ace’s smallest baby that I was really afraid wasn’t going to make it when she was first born. By the time we lost Ace 3 weeks later, she was a spunky lil kid and had no problem letting me know she was ready for her bottle. Weeks later, after weaning, we lost her sister Faun too. We still don’t know how that happened. Her 2 brothers we sold to someone who wanted weed eaters. So Pearl was our last Ace baby.

Since she was a bottle baby she still seems to think that she should be able to sit in my lap or give me a kiss or otherwise monopolize my time when I go to the barnyard. 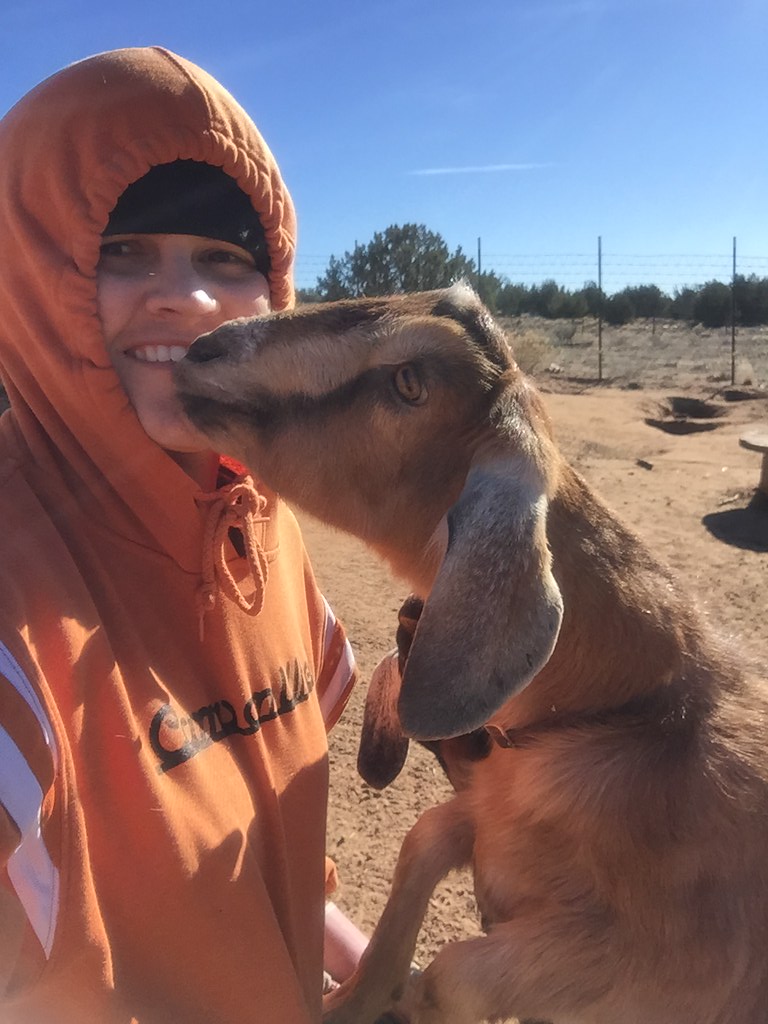 She reminds me a lot of Ace. She has the big side patch exactly like Ace did. She has a sweet personality but she’s independent too. She refuses to be bullied by Sere or the others, but she doesn’t make trouble either. And she yells at me the same way Ace used to when she wants dinner. 😀

I had Pearl and Luna in with Milkyway this fall, but I’m not sure Pearl (or Milkyway maybe) was old enough to get pregnant. She certainly isn’t acting all fat and miserable like the other goats are. Once the other mamas kid, I’m going to put Pearl back in with the bucks and see if we can’t get a kid out of here this year too. She’ll never be as huge as our dinosaur, Ace, but I’m hoping that she’ll be a great milker like Ace was too.