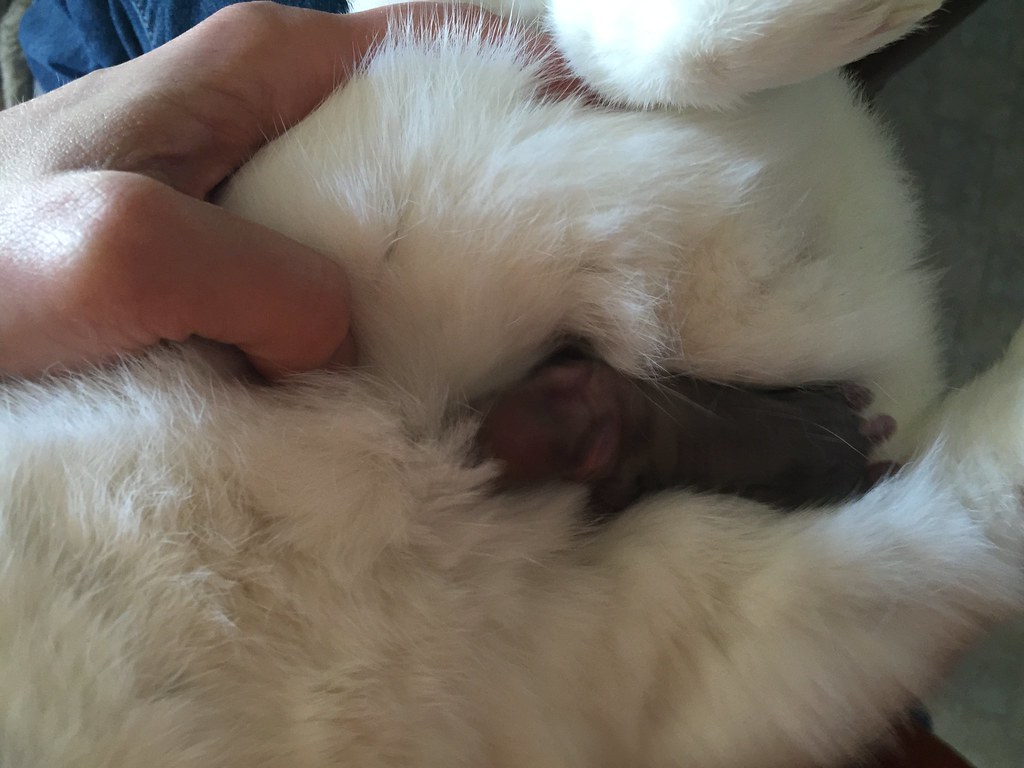 Snow had a runt. I think it’s a typical thing for one baby in a batch to be significantly smaller than the others. It’s harder for that little one to fight it’s way to dinner and breakfast as the bigger kits will push it down. Rabbits typically only feed their babies early in the morning and once in the evening.

I’ve been checking the kits daily to make sure they have full bellies. This black kit has a mighty full belly! 🙂 It’s so hard to get good photos of them because they never stop squirming!! 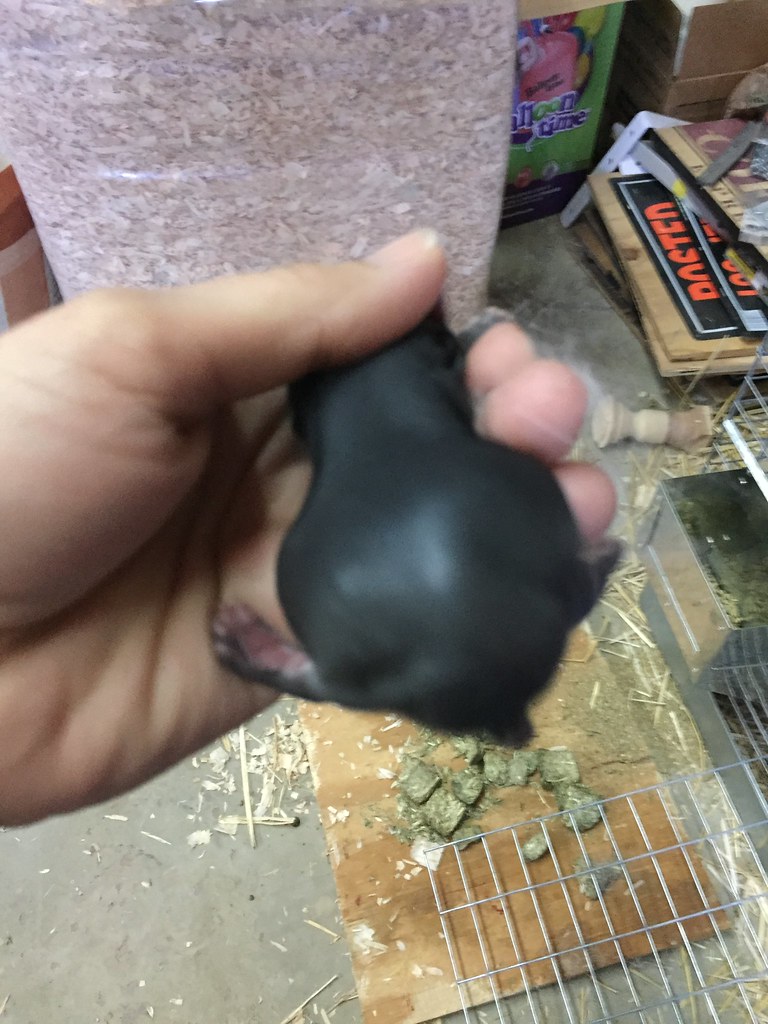 The runt isn’t looking as full and I’m concerned for it. A few times now I’ve taken Snow out and flipped her over to give lil Squeak a chance to nurse. I’m not sure how rabbit lactation works though and I don’t know that the baby is actually getting anything this way. But at least I can say that I’ve tried. I’m going to pick up some make up sponges and we have some frozen goat milk that I can thaw and attempt to feed it with but I have to ask myself how much effort I’m really willing to put in to keeping teeny bunnies alive. Honestly I always want to fight for the under dog and do my best to help the weak, but realistically, I don’t have time to “bottle feed” baby bunnies and I think we may end up letting nature take it’s course. Hopefully lil Squeak will pull through and catch up to it’s siblings, but if not, we’ll move forward with what we have.

(update)
Squeak didn’t pull through. I did attempt a syringe feeding which didn’t go as well as I’d have liked, and later that day, Snow pulled it out of the nest and was in the process of eating it when one of the kids found her. 🙁 It’s how things go sometimes. The other 5 are doing great!