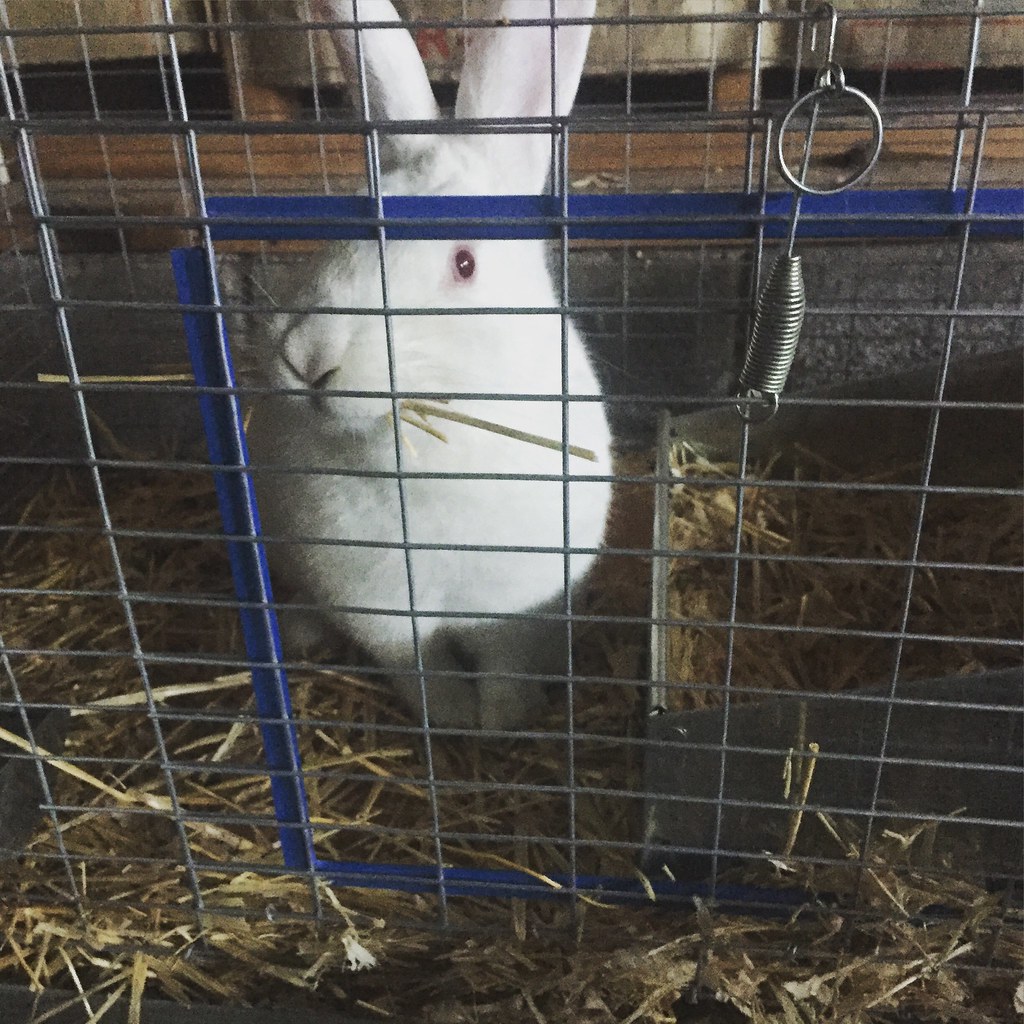 Last week we had bunnies!!! I have to admit that as Snow’s due date got closer I had pretty much convinced myself that she actually wasn’t pregnant. She wasn’t looking overly “large” and I had never been able to feel anything because as soon as I touch her tummy she tenses up. So… I was kinda discouraged that we weren’t going to get bunnies as soon as I thought. I was more convinced she wasn’t pregnant when the day before she was due she still had done nothing more with the hay that I put in her cage than eat it. But that evening before bed I once again felt her tummy and was pretty sure that I had felt “something” there!

The next morning, I came out to find she was VERY busily building a nest and “haystaching” (cause the straw/hay looks like a huge mustache as they gather it) Yay! This was a very good sign! I made sure to get more straw for her and she hopped in and out of her nest box all day making a nest. I thought for sure she’d be having those babies sometime that day. 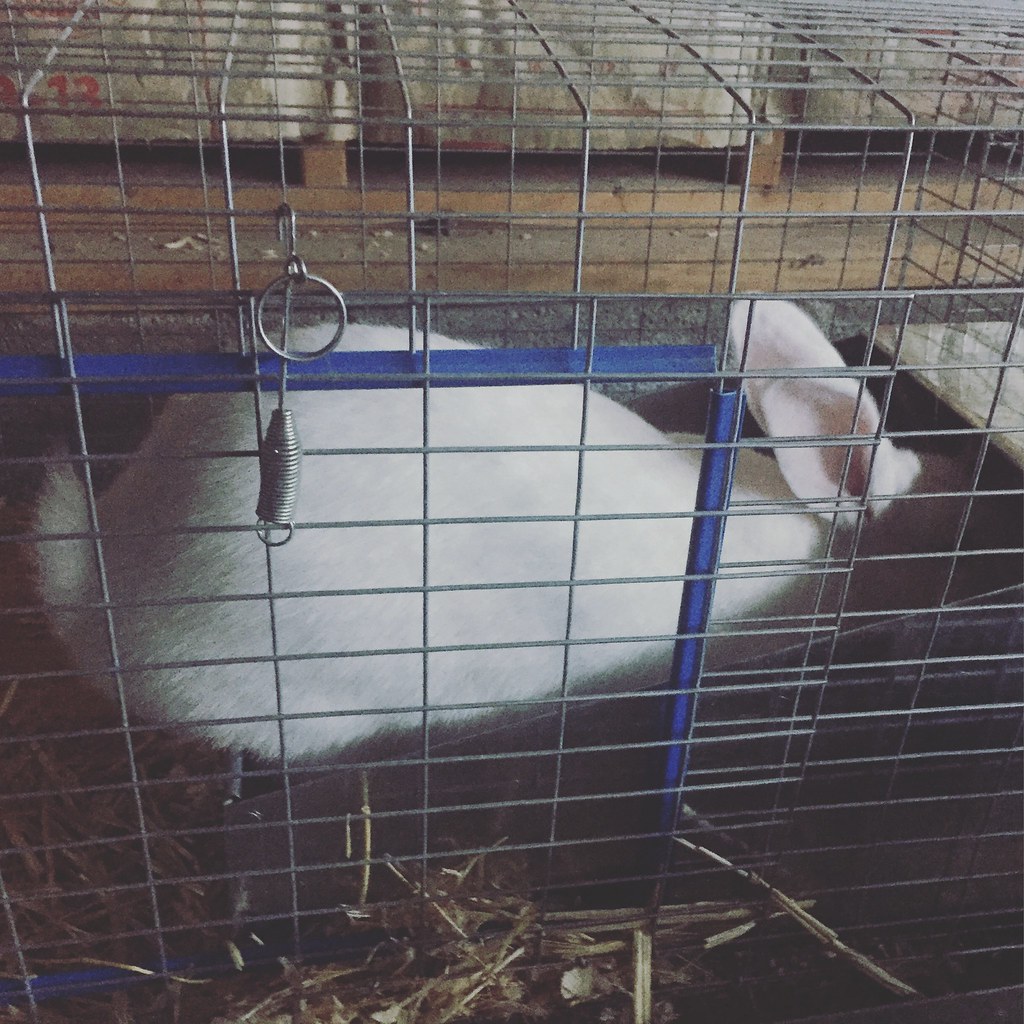 By bedtime that night, and I checked on her a couple of times before I went to sleep, there was nothing but a nice nest. Silly rabbit! I just knew she was going to have them all over the cage in the middle of the night and they’d freeze while I was sleeping. But the next morning I checked again and still nothing! She was just lying around all chill in her cage. Arg! I’m not the most patient person when waiting for babies to arrive. 😉 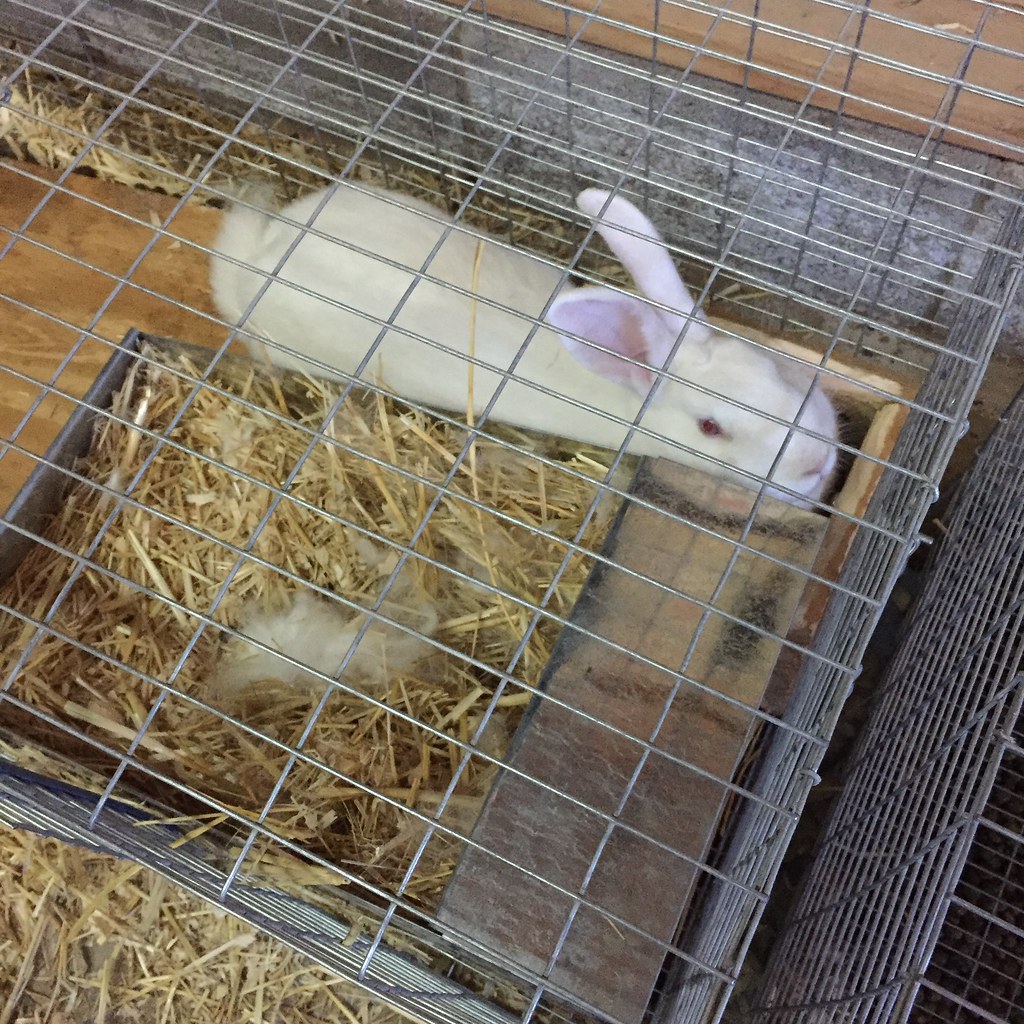 I checked on her throughout the morning, and not long after breakfast I realized that things were indeed happening!! She was such a good mama! She had them in the nest and cleaned them up really well! Six babies all different colors!!! Wow! 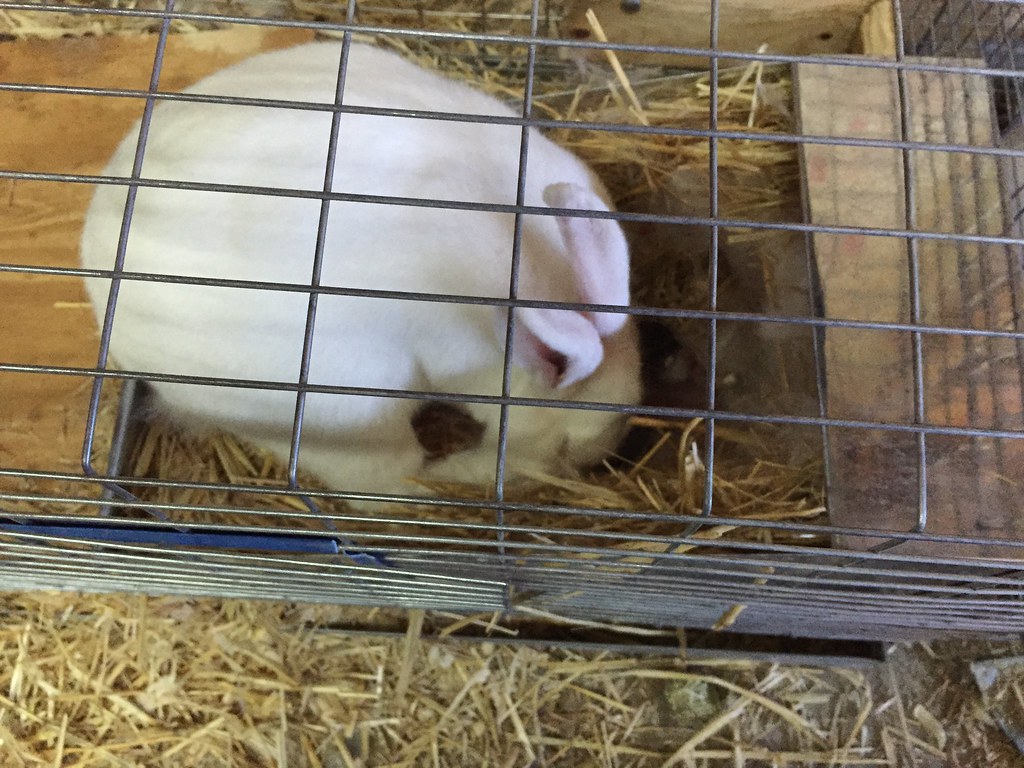 Baby anythings on the farm are so exciting!! This was awesome, and I was so happy that Snow has ended up being a good mama since first timers are often not reliable and can destroy or lose their litters. 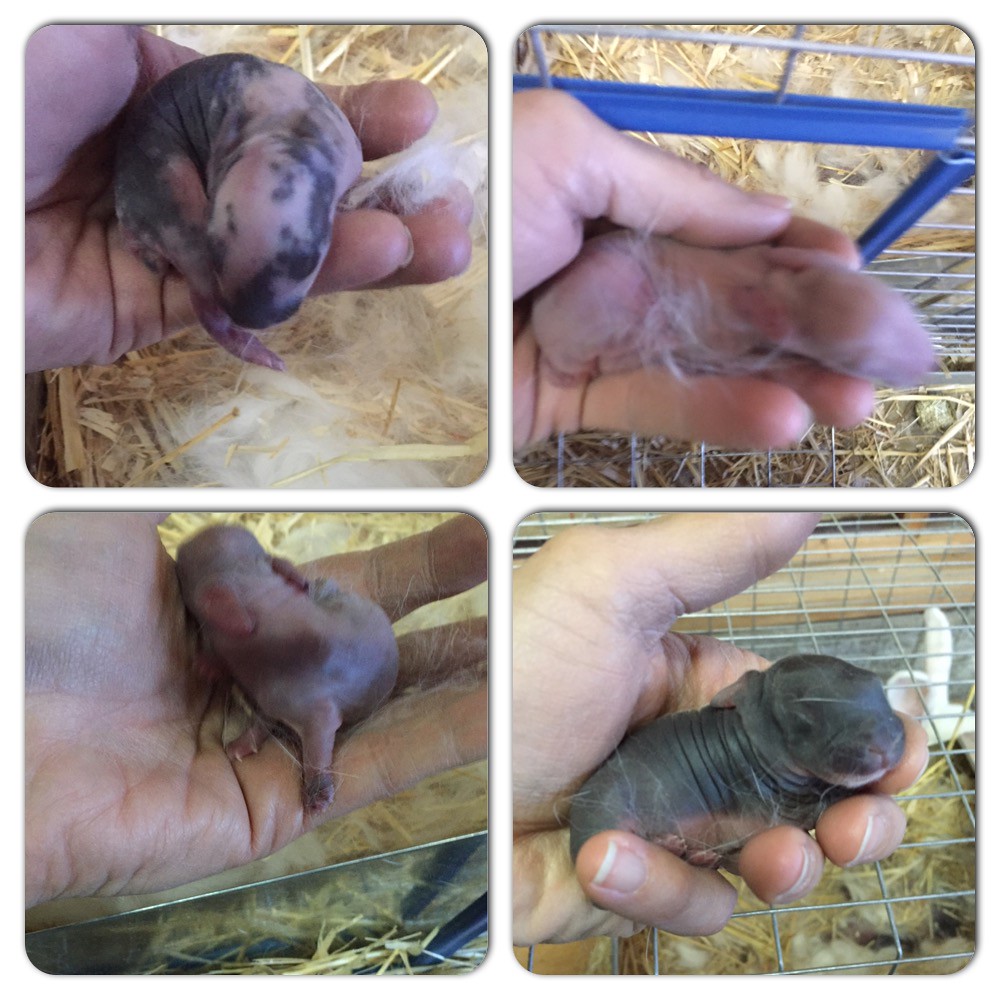 Look at that little face!!! Ever seen anything so adorable?? 😉 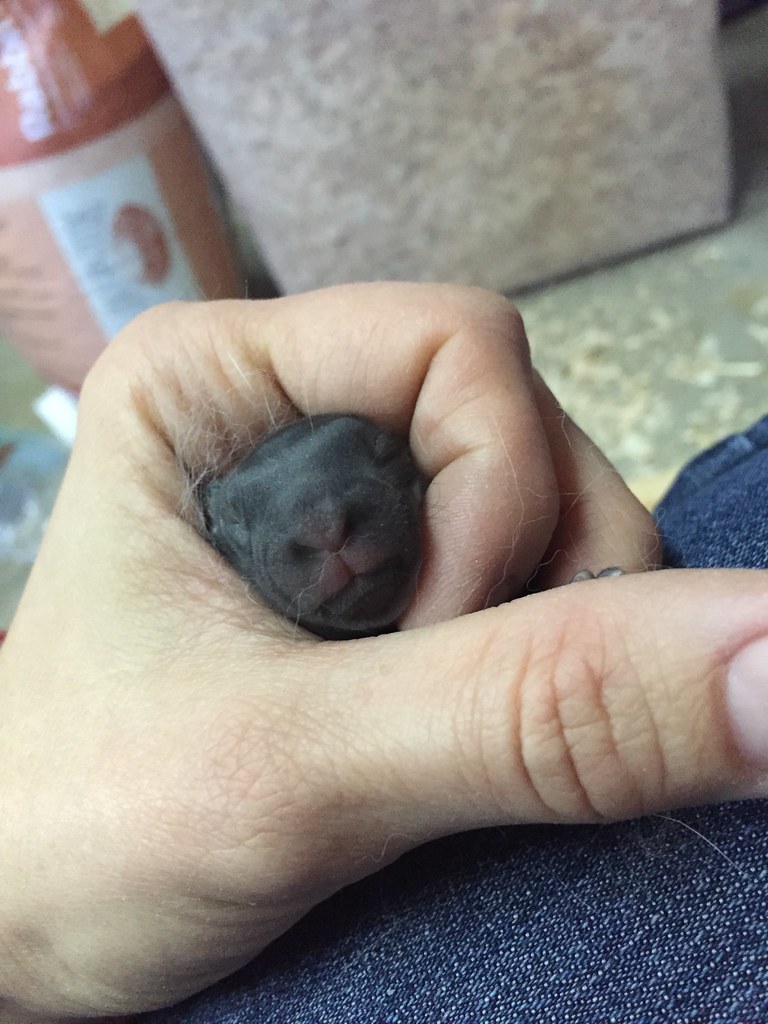