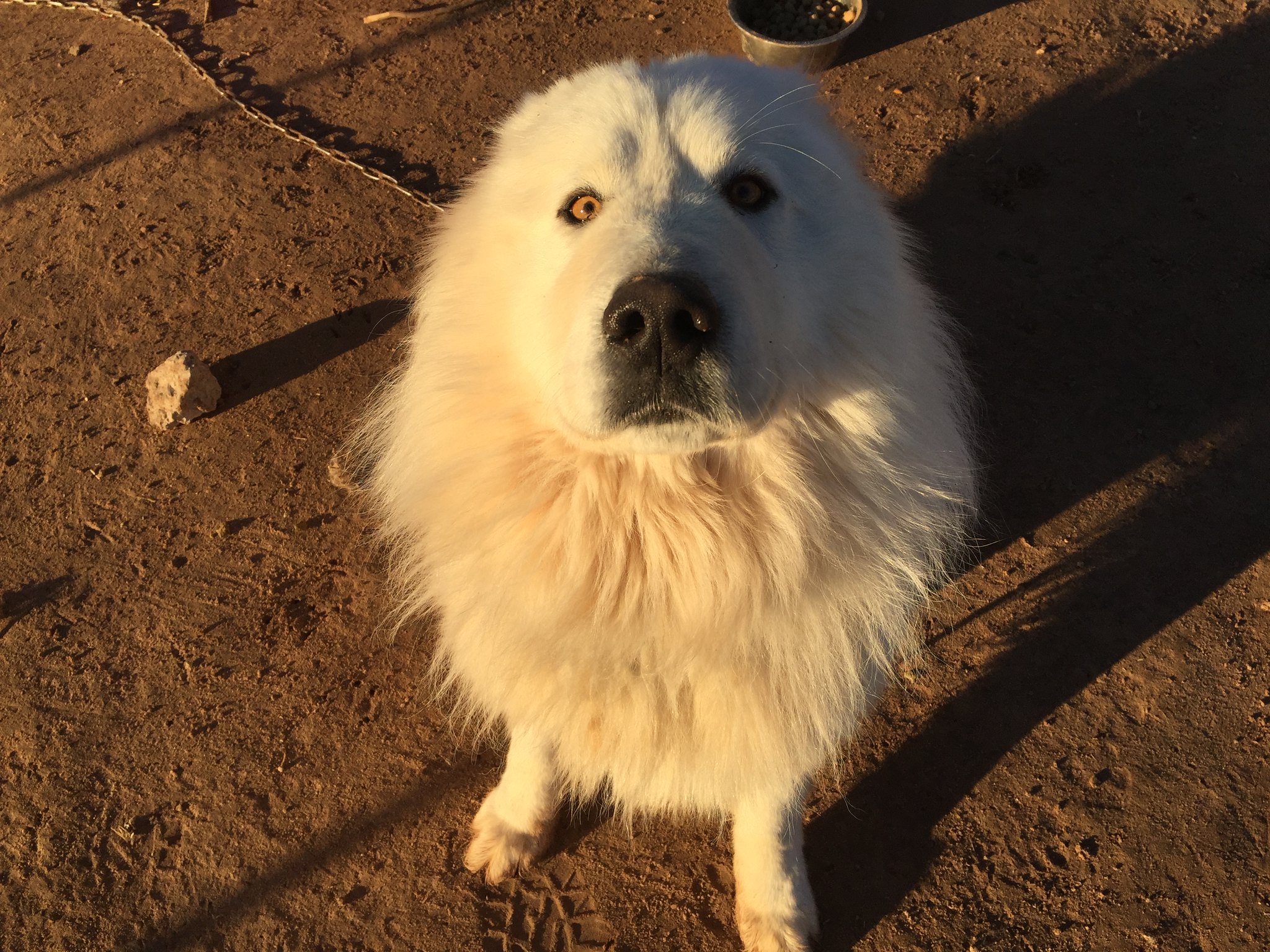 Since I haven’t blogged as regularly you may not know all of the ups and downs we’ve been through with our silly pup Thor. I keep updates rolling regularly on Instagram so if you want quicker news, follow us there. 😉

The thing you have to know about livestock guardian dogs is that they are pretty much useless till they are over 2 years old. And poor Thor has just not been able to figure out what his purpose on the ranch is. He lived in the back yard as a small pup because the goats were determined that he would NOT be in their space. Once he was bigger we put him in a run up at the barn, and I did write a post on how that turned out with lots of dead birds. (sigh)

Early this past summer he once again got loose while we were out of town for a weekend and killed at least one chicken again. He isn’t vicious, but thy flap around so funny when he chases them so who wouldn’t want to play, right? Anyway, at that point he was around the 17ish month mark, and I had had enough. Our other dog was being a thorn in my flesh at the time as well and a couple of times he had managed to convince Thor to break out and go on a spree across the property with him. I thought for sure our “guardian” was as good as ruined. So I posted an add on craigslist to sell him.

I did NOT feel good about it at all and even if we had got what we were asking I was sad about letting him go. At the time though I felt a LOT of pressure with all of the stuff around the farm and garden and and and, I just needed something to “give.” So someone from a few hours away contacted me about him and was very interested in him. I reluctantly corresponded and we tried to work out a time to meet so they could decide if they wanted him for sure, but every time one of us would be in the vicinity of the other, it wouldn’t work out. Hmmmm….. Eventually they stopped trying and I immediately decided that I was NOT going to sell my dog. But by then it was not just because I didn’t want to. Was it just me or was his disposition actually changing???

It wasn’t just me. He honestly was starting to “calm down” and act more like his breed. Granted he was still around the 18 month mark and so had some “teenager” days left in him, but his energy was decidedly different.

He has been full time up at the barn for quite a few months. He is on a chain, and does really well with it. I can’t trust him off the chain, of course, but the fact that I can leave him up there at all is good. We’ve had to chain our other ranch dog as well due to some other issue with him, and while dogs on chains is not my first choice, sometimes you have to do what you have to do.

(look how huge he is! He is as tall at the back, or taller, than Myrtle!) 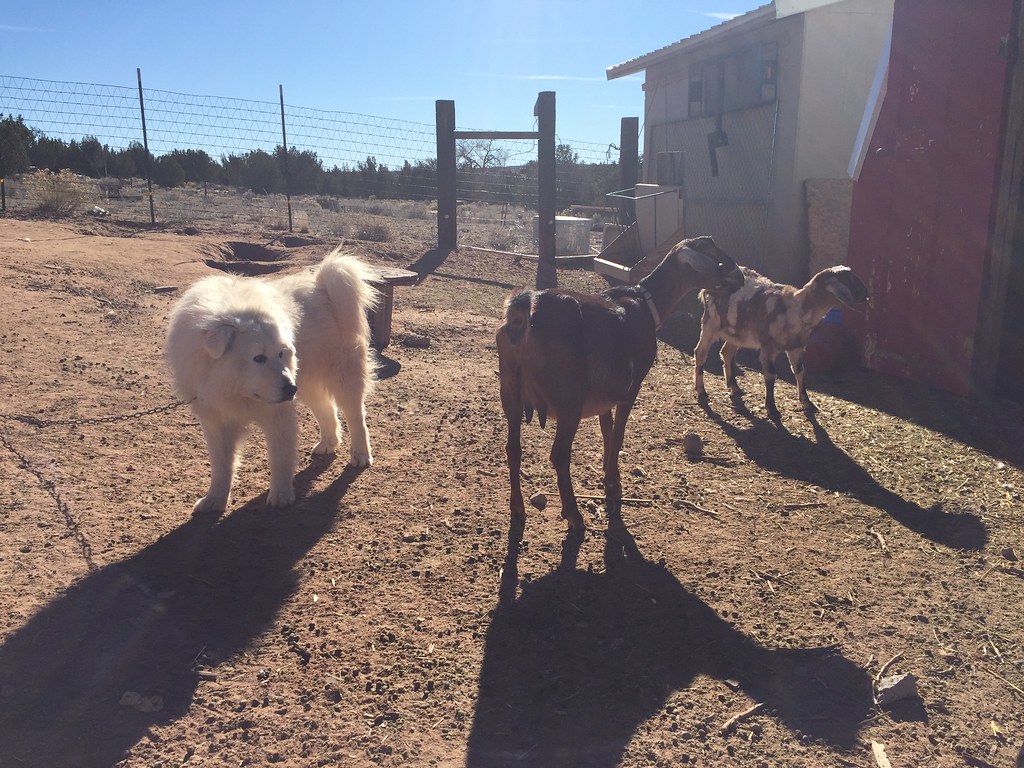 I also bought a long length of heavy chain from the hardware store and a few times when I’ve had to work at the barn for an extended period I’ll hook it to Thor’s collar and let him roam. It’s enough resistance to kind of slow him down but still let him have freedom through the space. The last time I did this while I was mucking the barn and I was highly impressed with how well he did. He did trot towards the chickens because they make such a lot of fun flapping, but as soon as I told him to “leave it” he turned away. I was completely floored that he responded immediately!! Good dog!!

(Someone tell me why it is that HUGE dogs always want to sit directly on your feet??) 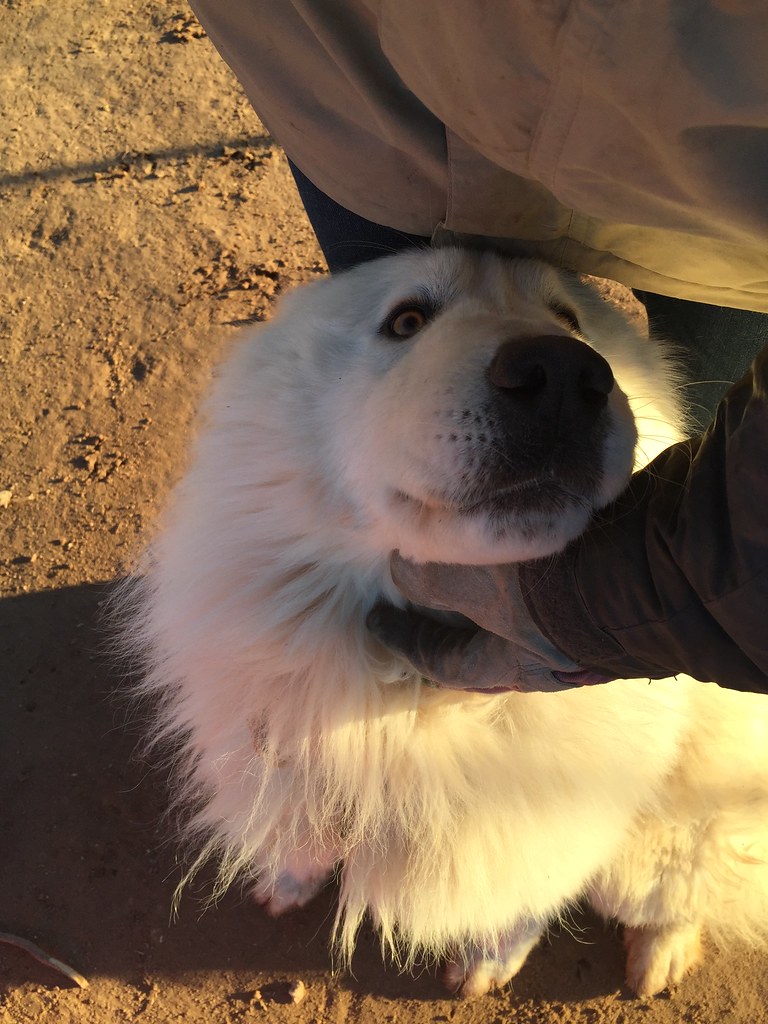 And just the other morning when I went up for chores I realized his chain had come loose from the thing that holds it in the ground and he had been dragging it around for who knows how long. The chickens were a little stressed out but none had been killed! Whew!! That was another relief!!

So today is the day we get this big boy fixed! I’m hoping that he will calm down even more once that part is done, and I’m still optimistic that one day I’ll be able to leave him loose up there in the barn yard with the chickens and goats and know that they’ll all be safe. One day…. 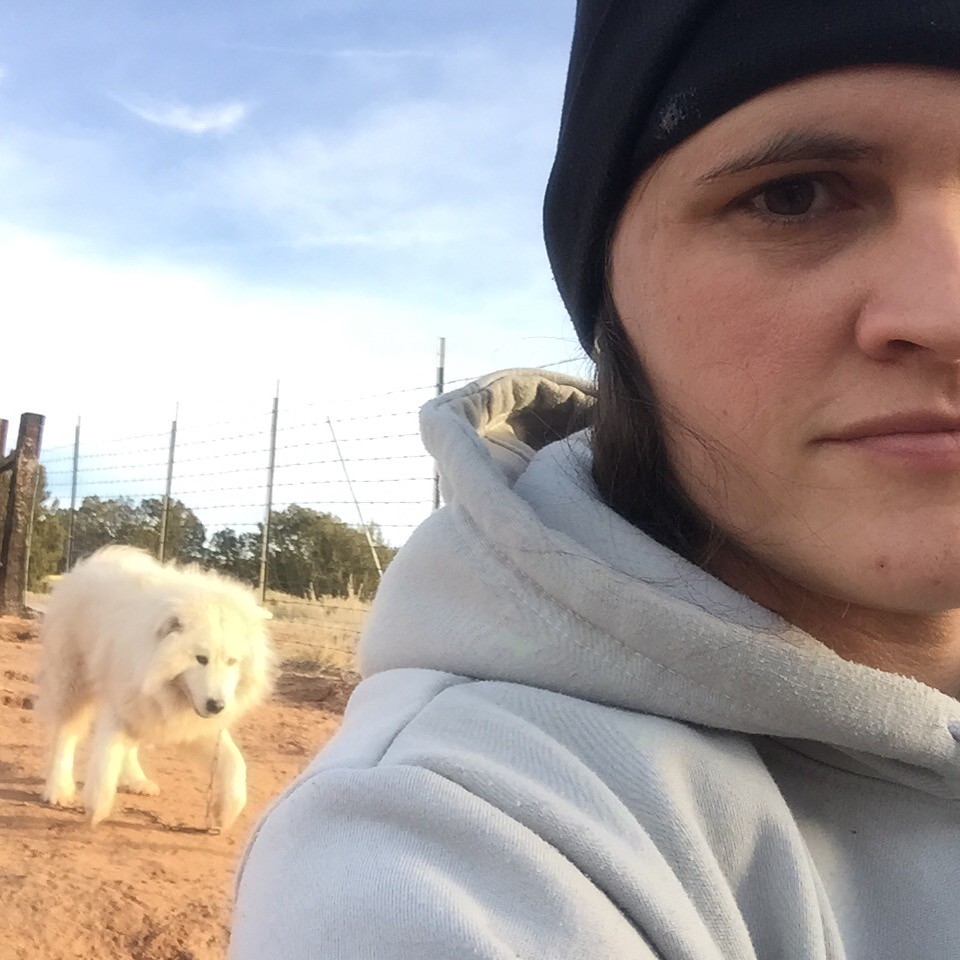