How about those goats 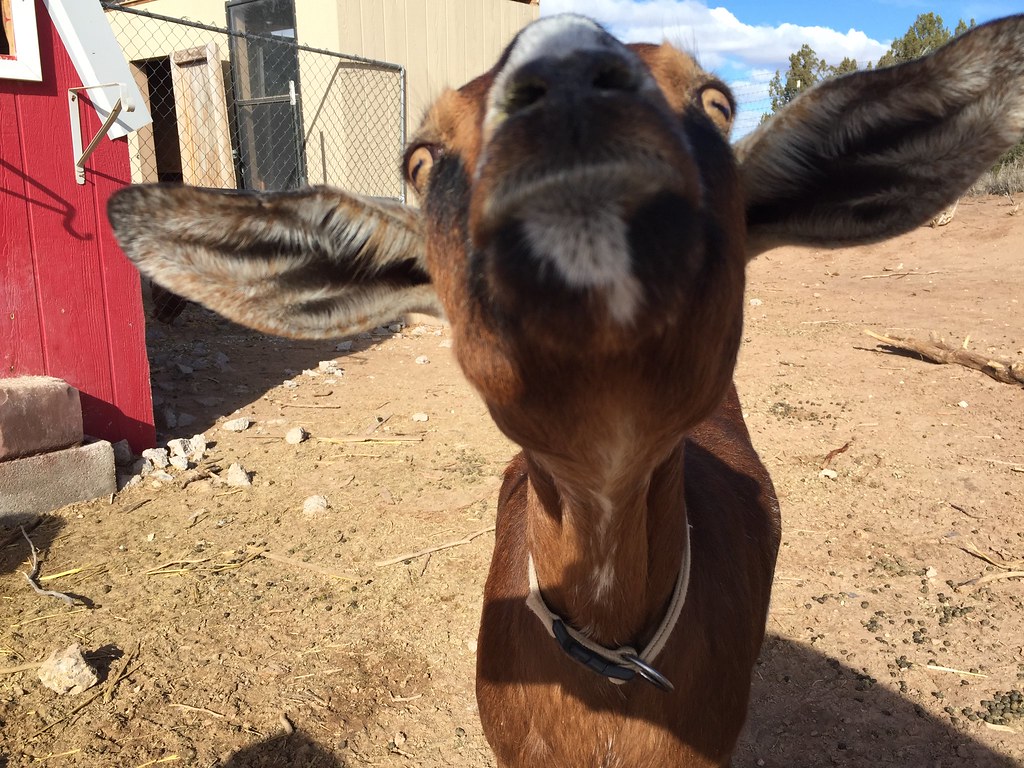 So yes, after we lost Ace and one of her baby girls, and Sere’s premature babies last spring, I kinda shut down a little bit with the goats. That’s when I just stopped blogging. I was simply angry at Sere the escape artists/door opener who had caused the whole mess to begin with! Which isn’t entirely fair. Yes, animals can be obnoxious and sometimes downright evil, but most of the time it’s “user error” especially when you’re talking about someone with very little experience to go on. So yes, it was Sere who broke into the barn and made a way for everyone to gorge on grain and DIE, it was our bad for not having a more secure door on the barn, and not having the grain bins secure as well. Both have since been fixed so we’re learning from our animals along the way.

Much like Thor, I had had more than enough of Sere by summer time. She had the WORST attitude and was the biggest bully goat ever! She broke into the barn again, but fortunately all they could get into was hay since the grain bins are bungeed down now. See, learning! But that was it for me, I was done fighting with her. So I rearranged the fencing that had been up there for the chicken run, and closed off the goats from the front of the barn. The front side was now the chicken run, and the birds can also get into the back through the small chicken door. It was while I had been working in the hot sun, luging fencing panels around goats, driving t-posts in and not in the best frame of mind that Sere decided to show me that she could open that gate like 8 seconds after I got everything up and in place. I made up my mind right then that she was going to go to a new home cause I refused to live with her any longer. 😉

Much like what happened with Thor happened again with Sere. Once I had her blocked from the front of the barn, even though I had to bungee the gate still (crazy goat!) she started to mellow. She seemed less inclined to bully the other goats, and she was less “frantic” all around in her behavior. So I opted to let her hang out a bit longer, because for one thing, she’s a dream to milk! I’m hoping that she will keep her kids this year and hopefully mellow even more when she gets to be a mom. 🙂

(nothing like a shelf bracket for a good head scratch, right?) 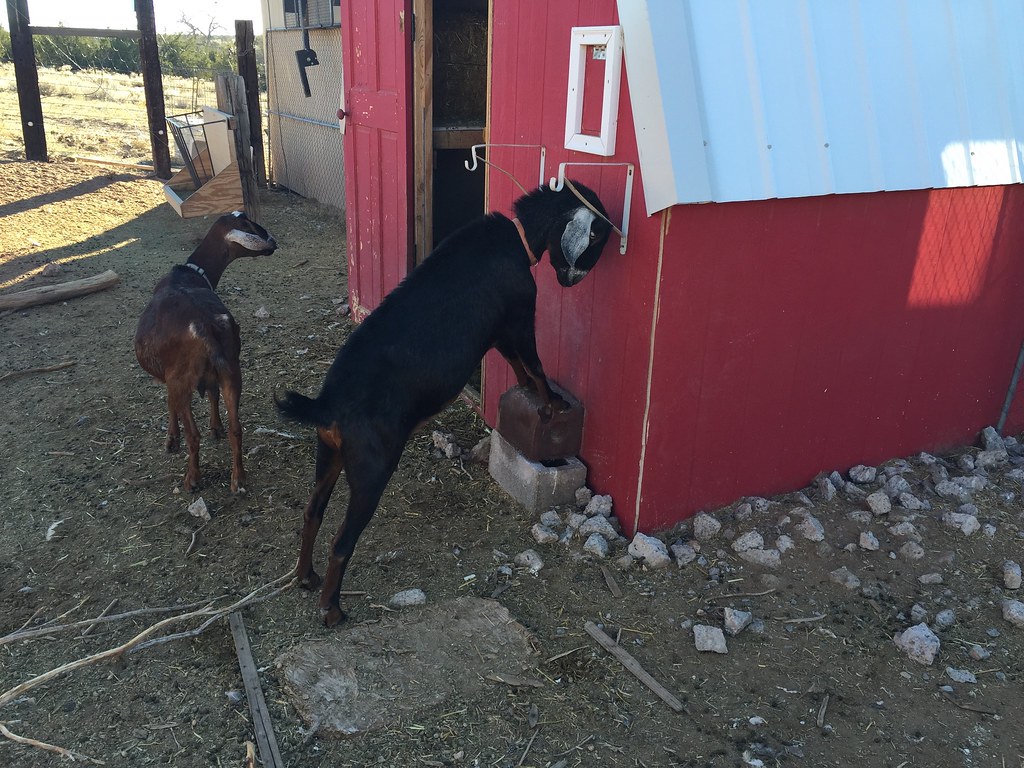