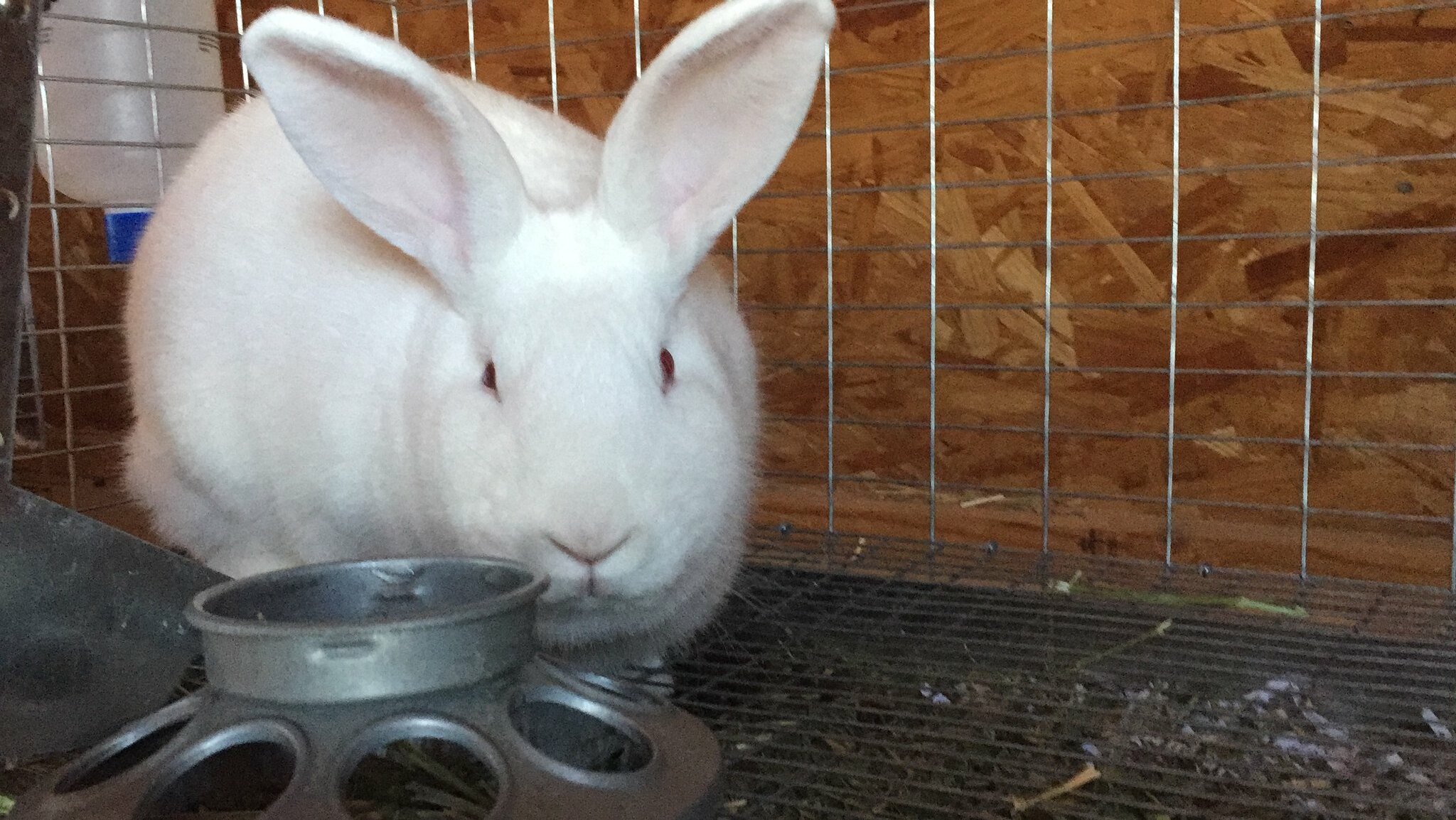 Well, lil miss Fuzzy-butt did NOT cooperate when I tried to breed her the other weekend. I hauled her in the car for several hours to introduce her to a couple of fine fellows who were more than happy to make babies, but she was having none of it!!

So I conceded defeat and took her home. Just to see what would happen, when I got her home I put her in the cage with Patches. The whole reason I’d taken Snow on her romantic outing was because I just “knew” that Patches was too young. Well, I underestimated the fellow! 😉 Truth is, he maybe is too young yet, but he definitely was interested in trying! Ha ha!!

Snow was still not amused, and since she had a rather stressful day I put her in her cage to chill. I decided though that rather than try again to take her to someone else’s buck I’d just put her in the cage with Patches for a few minutes each day till she decided she was in the mood. 😉

The first two days she ran in circles around Patches in the cage grunting and squeaking and not remotely cooperative, but the third day was a totally different story! 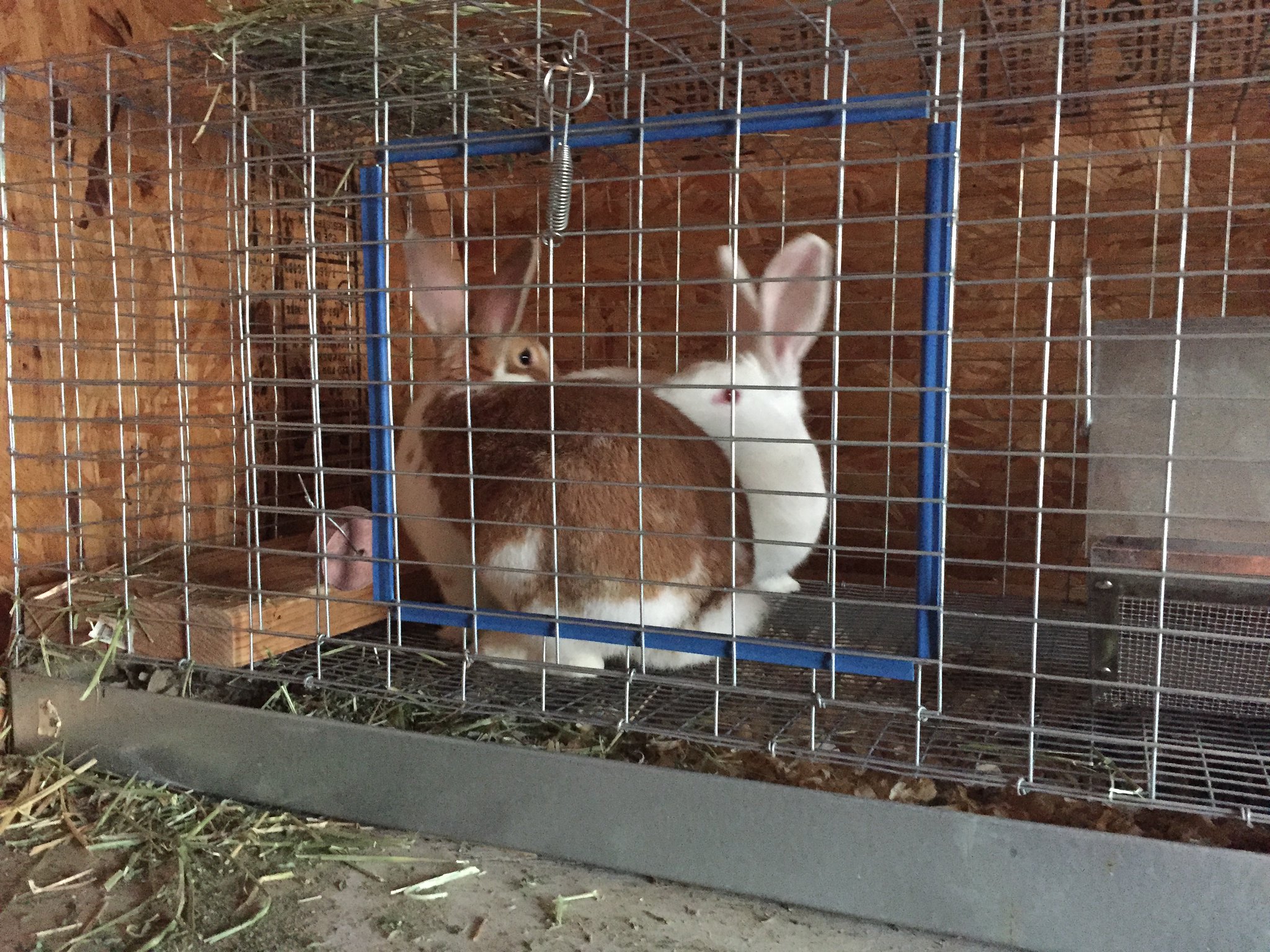 As soon as I put her in, I knew her attitude was different. She and Patches nuzzled their noses together and then she started hopping slowly around his cage, eating a little of his food, drinking a little from his water bottle, and making herself right at home. She was much more cooperative with his romantical advances as well. Ha ha!! He had 3 or 4 successful “fall offs” (it’s rabbit lingo, look it up) 😉

So while I don’t know if he’s old enough, they seemed to get the hang of things. Snow’s attitude changed again almost immediately and she became rather um…. grumpy. Some say it’s a sign of successful breeding, so I’m hoping that’s the case. 😉 She growls at me and whines when I touch her so we’ll see what happens. Did you know that rabbits are only pregnant for a month?! I can imagine that the raging pregnancy hormones involved in growing a whole litter in that time must make for some grumpy moments. 😉

So, we should know for sure within 2 weeks (more like 10 days now) whether or not she’s actually pregnant. I have moved her into our insulated garage so that if she does kindle (have babies) they hopefully won’t freeze. I’ll keep you updated. 🙂 Wish us luck!