Snow needs to be a Mama 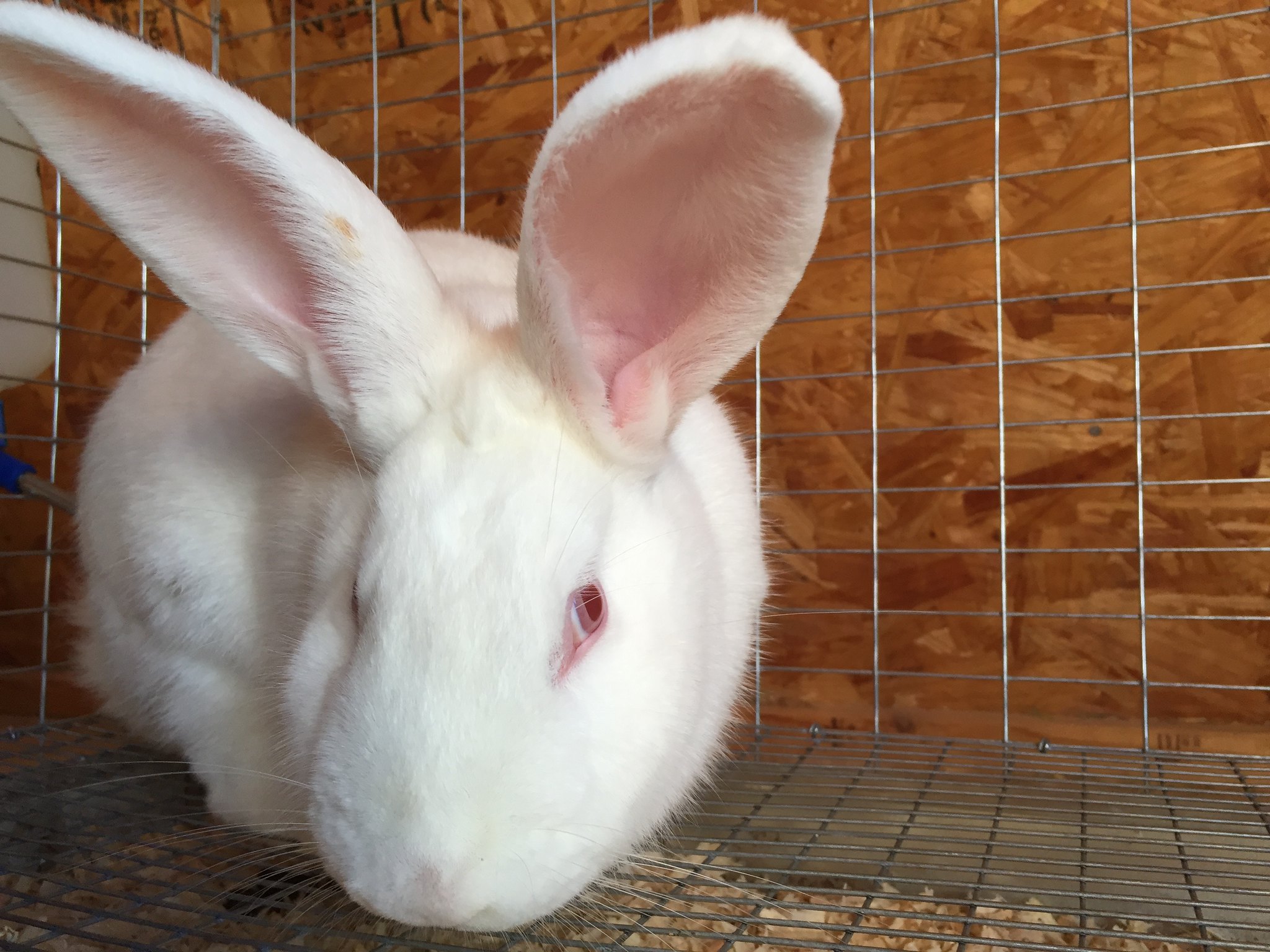 This weekend is operation “get Snow pregnant.” Who is Snow? Glad you asked. Yes, this blog has been neglected scandalously, but I have been a bit busy. 😉

Allow me to introduce you to her royal highness, Snow. Or Snowflake as the kids sometimes call her. 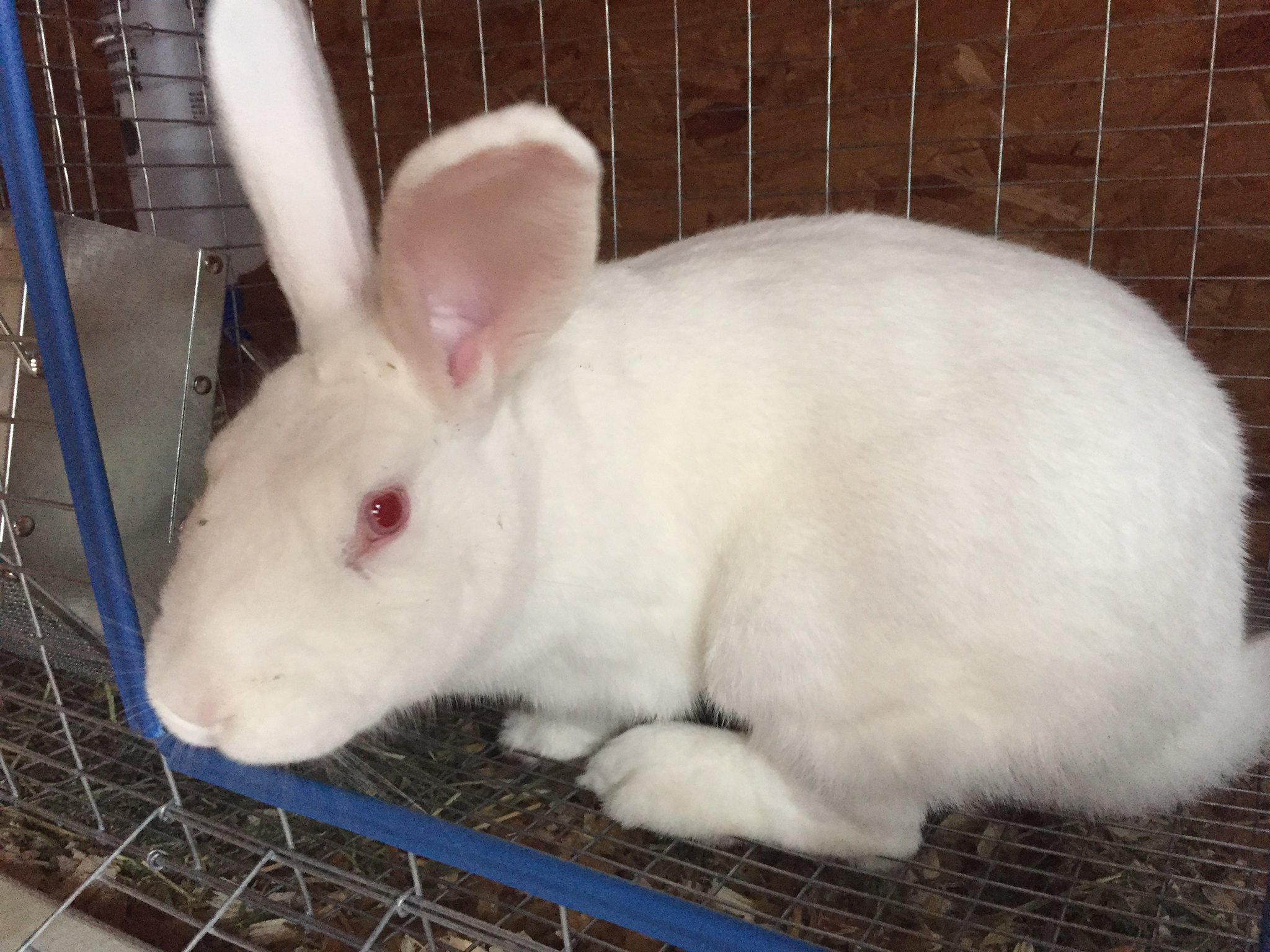 She, along with Patches here… 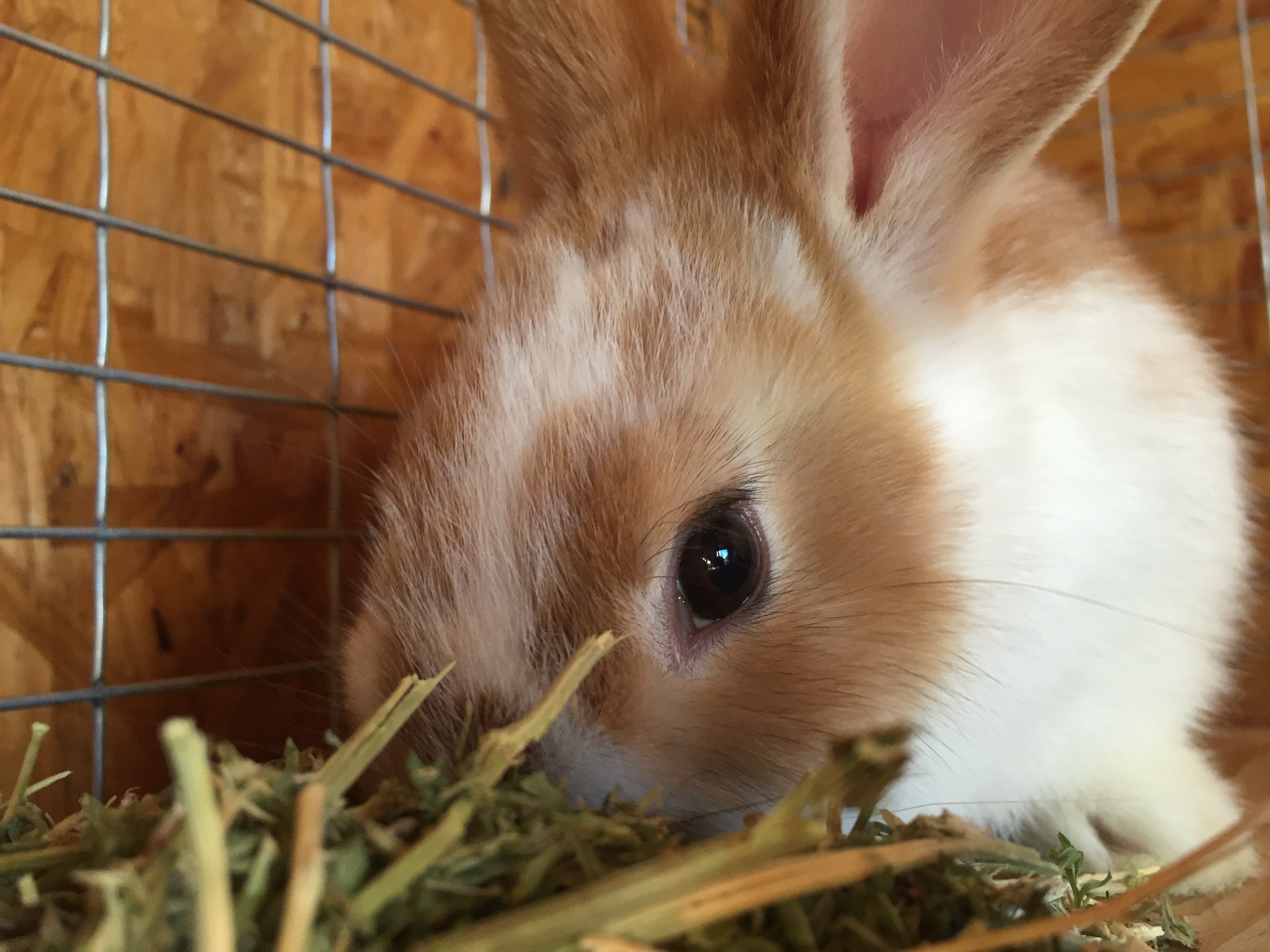 …came to live with us in early November. I knew I wanted to add rabbits to our homestead but was thinking more likely it would be a Spring thing. The opportunity to get these 2 came up, though, so I took it.

They say that chickens are the “gateway” farm animal, which is so totally true by the way. But I think that anyone striving for sustainability will eventually come around to raising rabbits as well. Rabbits are the most efficient feed to meat converters there are. Seven times more efficient than cattle. And you can produce over 600 pounds of meat with two healthy Does each year! Those numbers are just staggering. Not to mention that rabbit is, outside of fish, probably the leanest meat you could eat.

I had rabbits on and off as pets for a lot of my growing up years and I really just love them!! I wasn’t, of course, thinking of eating them at the time. Ha! I’ve come a long way in my thinking about animals and how they fit in the daily come and go on a farm, and while I know it’s going to be tough to do, I think that raising, butchering and eating our own meat is going to be well worth it in the end.

The fact is that for myself I feel horrible buying meat from the store. Even if it’s labeled “natural” or even grass fed, I know the quality of life and care that those animals are getting is just deplorable. And when you hear of meat recalls again and again for thousands upon thousands of pounds of meat, you think about all that life that was just mistreated, abused, and eventually mishandled to the point that it’s wasted. Makes me sad.

(PS. Did you know a bill recently passed that will allow meat manufacturers to NOT have to label the country of origin on their meat packages?)

This is why this blog has been so hard to maintain. 😉 Once I start typing things just fly out of my finger tips and a simply post about getting a bunny pregnant, turns into a tirade on meat. 😀 But I feel a little back story as to why on earth I’d be willing to slaughter my own rabbits is somewhat worth mentioning.

So I’ve been on a mission to provide my family with good meat that has been raised healthily and happily and I know exactly what it’s been eating and how it’s life has been. The only problem is that Patches is just a baby. When we picked up our “pair” Snow was already right around a year old (which apparently you really want to breed them before that year mark) and patches was only 10 weeks. They are both Flemish cross rabbits which puts them in the “giant” category so we could be waiting till Patches is 8 months or so before he is ready to be a dad. I’m not that patient!

I complained about it on Instagram you might have noticed if you follow me there, and a friend who’s somewhat local took it upon herself to see if there were any potential studs in our area. I don’t even know how she did it, but she found 2 and put me in touch with them.

So TOMORROW I’m going to be taking Snow with me when I get our Bountiful Baskets and she’s got a rendezvous with a proven buck to see if we can’t get some babies out of her sooner rather than later. Waiting for baby animals to grow up so they can be a useful part of the homestead is TORTURE!!! 😉 Fingers crossed that she will find the buck to her liking and that she will be able to become pregnant. I was told by another breeder that after they are 1 and haven’t had their first litter it can be difficult for them to become pregnant because fat grows over their ovaries and causes fertility issues. I certainly hope that is not the case for Snow because if so it’ll put us back even further waiting for a new Doe to mature. BUT you won’t know till you try, so think happy thoughts for Snow tomorrow, and I’ll be more consistent about posting and keep you updated. 🙂