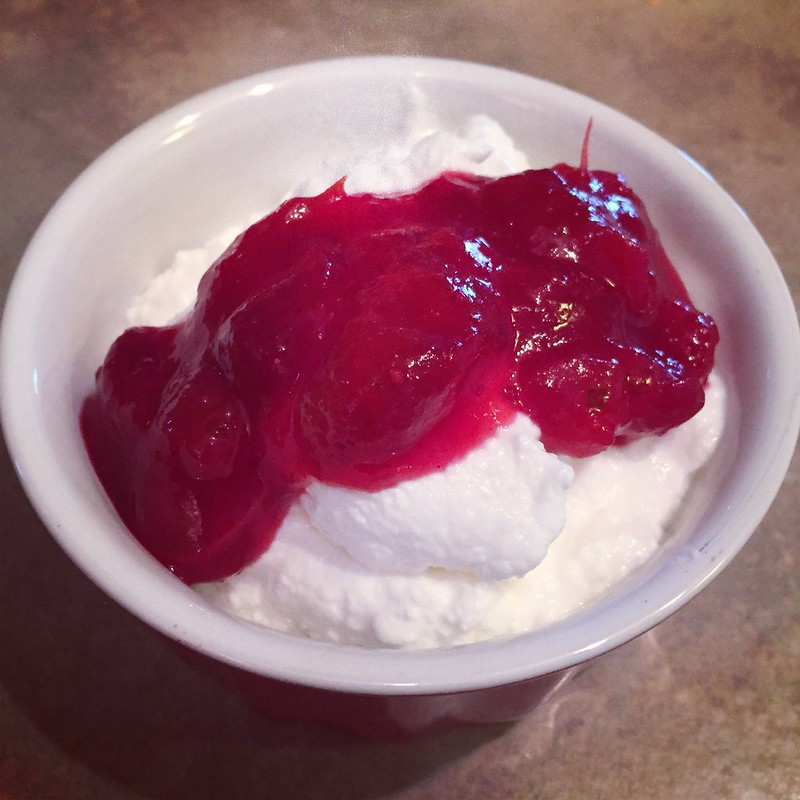 The last time I picked up our Bountiful Basket order I had an entire case (plus a couple bags) of fresh cranberries! Since I know that they are great for you, as long as there’s not all the icky added sugars, I wanted to start incorporating them into my diet a bit more. I bought a bag of frozen cranberries a few weeks ago and have been sneaking some into my Shakeology. 😉 Pretty good cause I can’t even tell they are there!

One of the things I knew I wanted to do was make Cranberry Sauce. I only ever have had the sauce on Thanksgiving and ours typically consisted of can shaped slices of the “jelly” to eat along with our turkey. In the past few years I’ve been making a cranberry dish, that is wildly popular around our table. But it also is made of the icky HFCS jellified sauce, melted with a package of cranberry jello and some sour cream. I still would like to make it, minus the jello and canned cranberry sauce… so what to do?

Turns out that making cranberry sauce is almost the simplest thing ever. Here’s what you do.

Rinse 12-15oz of the berries and put em in a nice sized pot. Add about a cup or cup and a half of water and bring to a boil. Add some honey for sweetening. I used about a 1/4 to a 1/3 cup. Once it starts boiling the berries will start to pop and that can be scary! You can use a lid to cover it or a splatter screen which is what I did cause the lid made it boil over. 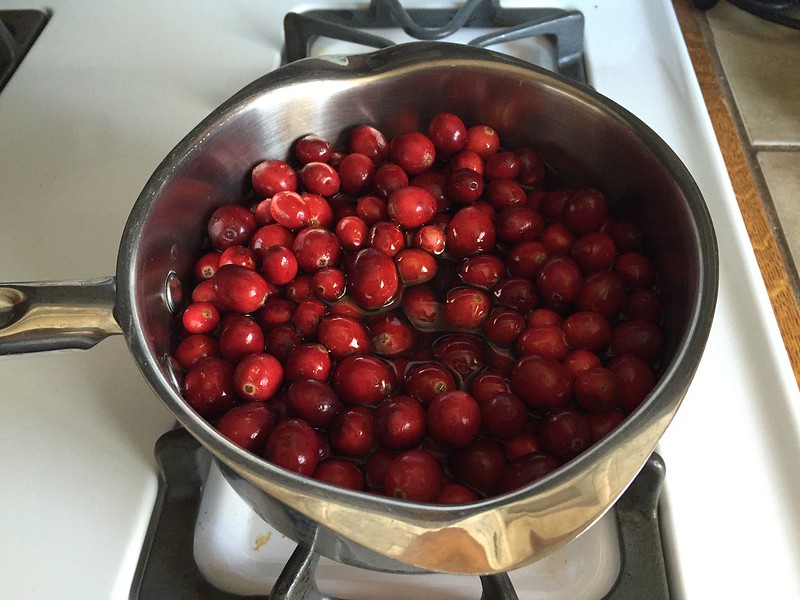 I stirred it every so often and it smells yummy!!! The sauce thickens up on it’s own as it boils down and it’s a pretty quick process. I think it took less than 20 minutes to get thick enough for me. Plus it thickens more as it cools as well. Once it started to thicken I added a couple dashes of cinnamon and a dash of clove. 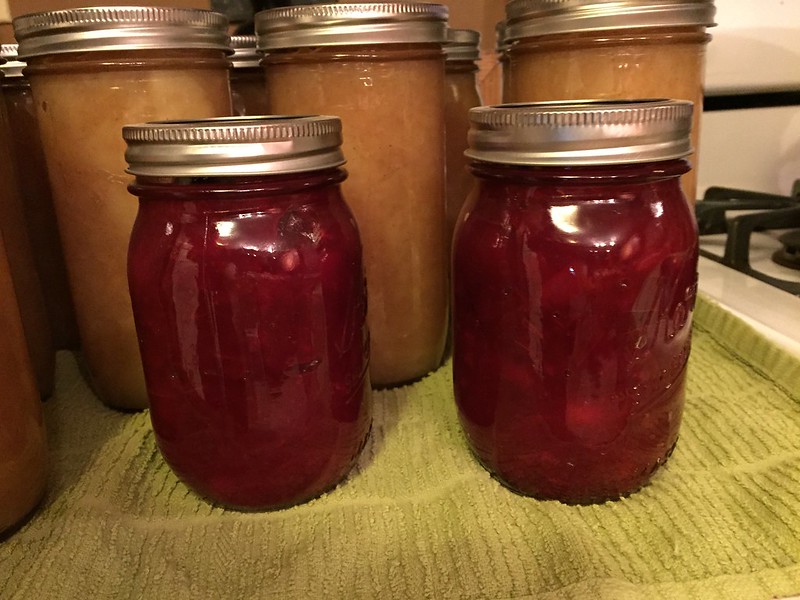 I ate it warm over my homemade greek yogurt (post coming soon!) and it was so extremely yummy! I plan to use a jar with some plain gelatin and the sour cream in our typical Thanksgiving cranberry dish and see what happens. 😉 Life is just a great experiment after all!

The point is, don’t buy this stuff full of junk. Make it yourself! It’s so easy and so good and good for ya to boot!