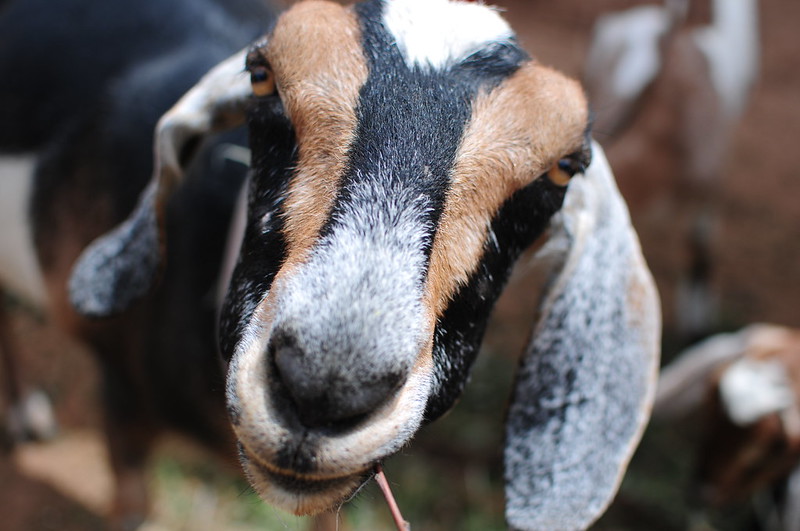 I did a lot of reading/research about dairy animals when we first started toying with the idea of having some. Obviously we decided on goats and here’s some of why, and some of what I wish I’d known before.

When I looked into dairy cows, it was quite a huge investment both the initial cost of the cow and the feed as well. Dairy goats are more efficient at converting their feed to milk. You can raise between 8-16 goats, depending on the breed, on the same feed you’d need for one cow. So economically I don’t feel that we can afford a dairy cow at this point. Another point against cows in my mind was the A1/A2 amino acid thing. I didn’t want to have to have genetic testing done to make sure I was getting an A2 cow. We don’t have lactose issues in our family so it likely wouldn’t even be an issue, but all goat milk is A2 so it took that variable out of the equation. Those were the 2 biggest factors against getting a dairy cow for me. Another minor factor was that I was overwhelmed with the sheer volume of milk I’d have to deal with on a daily basis as well. Now that I’ve had some dairying experience, I think I could manage it, but at the time, the idea of 3 gallons of milk a day made me want to run and hide! 🙂

Here are some things I’ve learned and/or wish I’d known before we bought our own goats.

First, really research the breeds. I did a LOT of reading on Nigerian Dwarf goats. I was hooked on this breed because I’d heard great things about how creamy and sweet their milk was and that they give “surprisingly large amounts of milk for their small size.” Which may be true, but the problem is that they still aren’t giving enough milk for our family. Granted we are heavy dairy consumers but I had higher expectations for them that what we ended up with. I was never, except once, able to get more than about 2.5 cups of milk at a milking with these goats. And that is a lot of effort and feed for a small amount of milk. I’ll admit I’m a completely novice milker and that may have factored into it, but I was sadly disappointed in their production and knew that I’d have to be moving our herd to larger animals. We now have the 2 Nigerian Dwarfs that I’ve had a hard time finding homes for, 2 Nubian does in milk, and 2 Nubian babies, one is a wether (fixed male) that just came along with his sister. I also need to find a home for him. So our herd is in transition, but I plan to keep the larger breed goats and phase out the little ones. 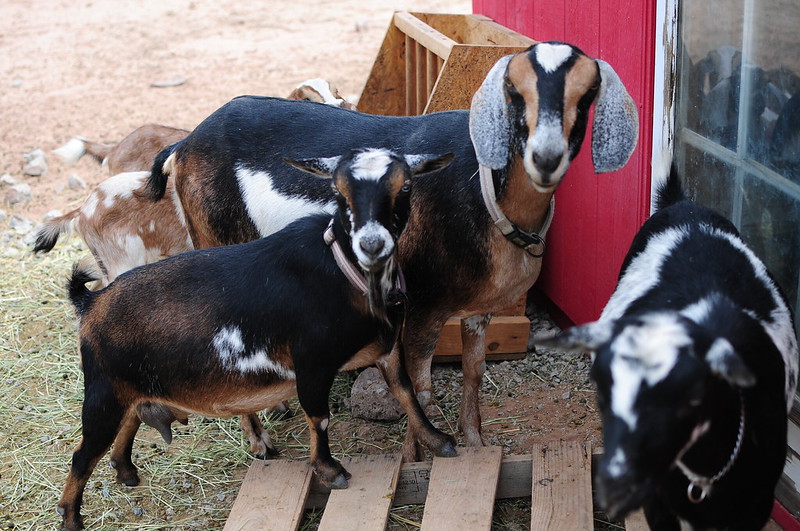 Goats are herd animals and as such you need at least 2. Though I’ve heard of people successfully bonding their goats with other hoofed creatures like cows, donkeys or horses. A dog or chickens likely won’t cut it for a goat companion. 🙂 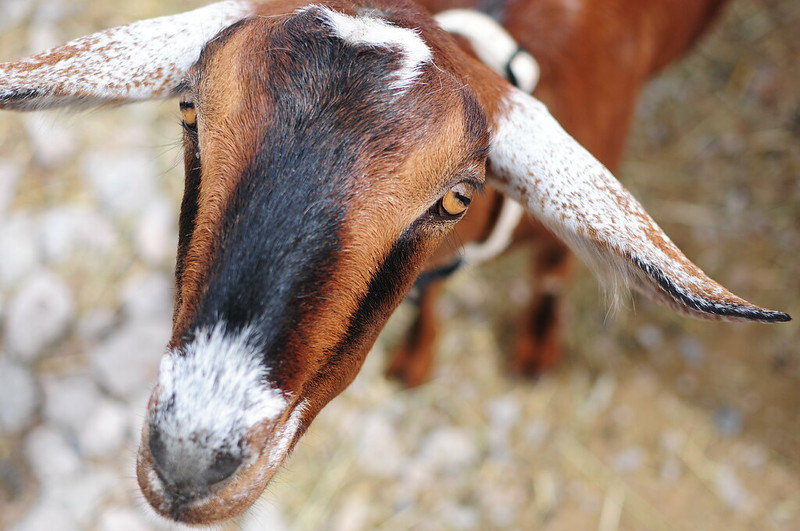 One of the biggest things to consider is fencing and shelter!! We brought our first two goats home before we were completely ready for them. They happily inhabited a dog run and dog house. Your shelter does not have to be fancy, but does need to keep out rain. Goats do NOT like to be rained on! Some people use large dog igloos for the goats and it works fine. They also do not need a lot of pasture space necessarily. But the regular 3 string barbed wire fence will not keep in a goat. Stuart built me our Little Red Barn which I love! 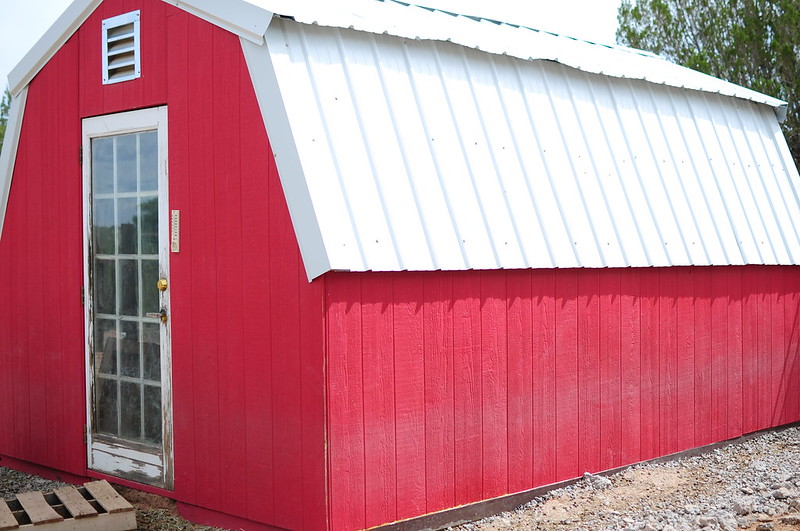 It’s divided in half on the inside and the front has the feed and grain plus the milking stand. It’s worked out great so far! The back is where the goats live (except right now the chickens are staying there, ha!). We had the dog run in back of the barn and that was their space until we got the larger fence done. We also strung a hot wire around the fence to keep them from leaning into it and stretching out the wire. It’s worked really well, they learn to respect the wire really quickly. Fortunately we’ve not had any issues with our goats learning how to open gates and escape. 🙂 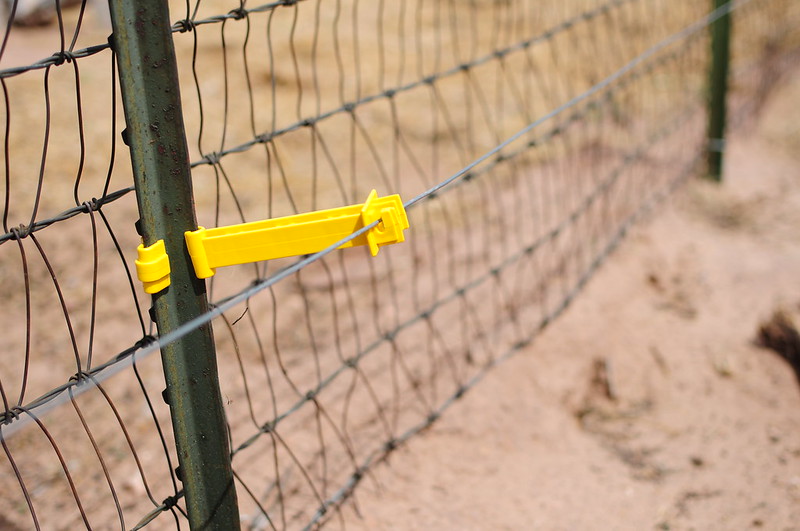 We feed our goats 2 flakes of hay a day to share, one in the evening and one in the morning. The milking does get some alfalfa pellets and a grain mix on the stand. Their grain has been anything from the organic mix I get from a co-op or plain old COB from feed stores. I try to check feed bags carefully for extra ingredients like corn syrup and such, but I’ve realized there’s no “one way” to feed animals. 🙂 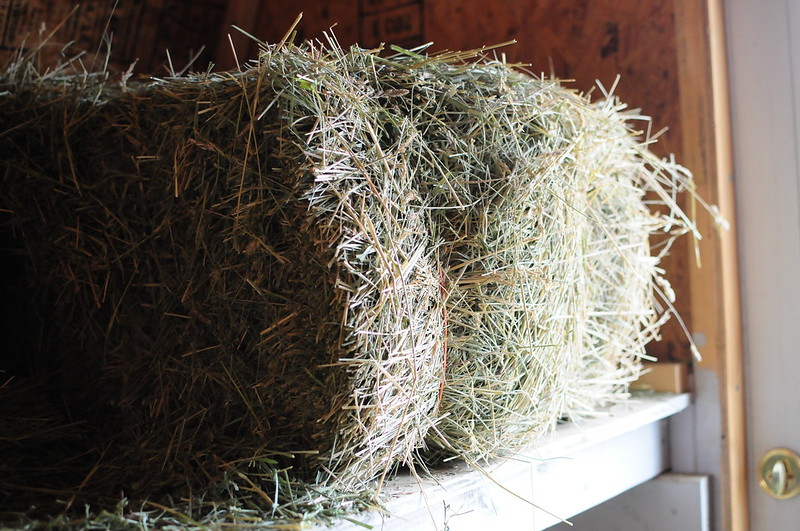 Another thing to keep in mind is that to keep a good milk flow from your home dairy you’ll likely need to breed your does every year. I’ve heard of people going longer, so it’ll depend on your particular goat’s lactation cycle. Obviously you’ll need access to a buck in order to breed your goats. We did not want a buck on our property for now, and fortunately we have friends with one who can breed our larger breed does. Sometimes you can find goats for stud in your area on craigslist too. Goats typically have 2 to 4 babies!! So you’ll need a plan for what you’re going to do with all of those little goats. 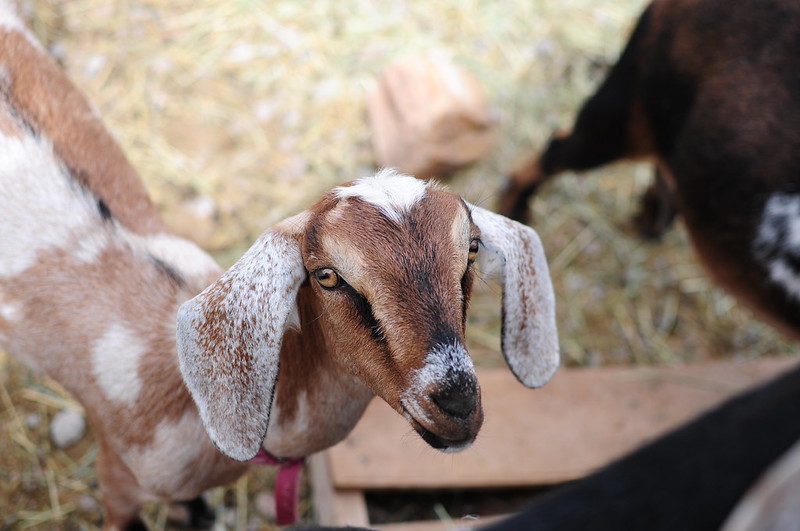 Our first goats we bought were registered because I kept hearing over and over you can get a better price for registered goat kids. However, I did not find this to be the case for us. It was EXTREMELY hard to sell our registered goat kids and a registered price. So not only did we have money invested in their feed and care, but also in registering them and that whole process. I do not recommend going that route unless you plan to be a serious breeder and show goats. We just wanted good milkers for our home dairy, and that I have been able to find without the bother of registrations. 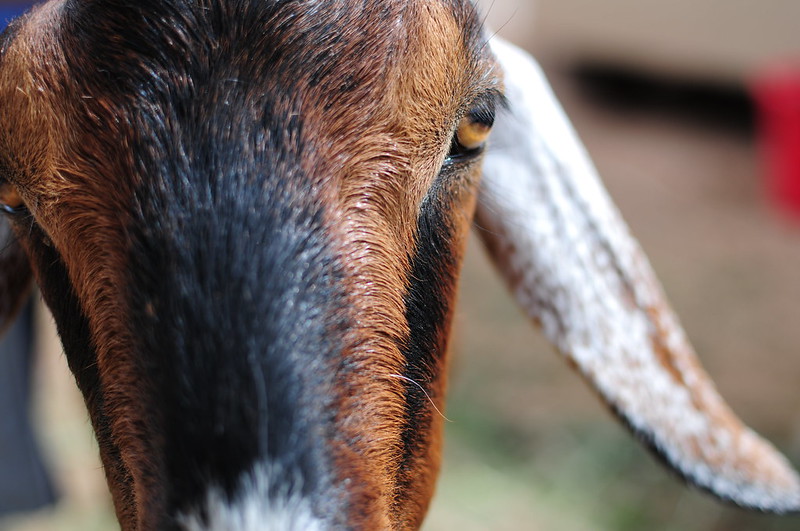 One other factor to think through is what you want to do with your milk. Drinking it is a great choice. 😉 But if you want to make other things with your milk, there’s a couple things to know. Goat milk is naturally homogenized which means that the cream does not separate like it does in cow milk. I want to be able ultimately to make all of our dairy products including, cream cheese and butter! Both of which need cream. So we invested in a cream separator to be able to get cream from our milk. We’ve made cheeses with more or less success, but pretty much any cheese you can make with cow milk you can also do with goat. It will have a slightly different flavor though. I’ve also used the milk in my homemade soaps and that’s fun!! 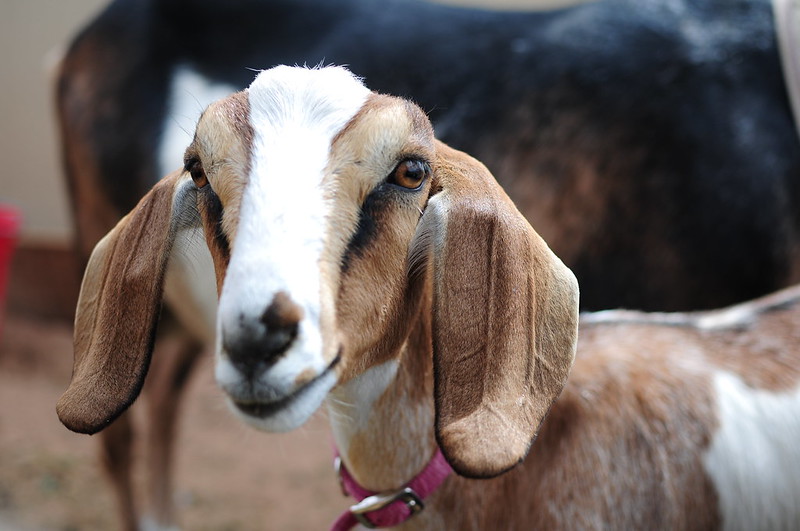 Overall I’m happy we chose to go with goats! They are fun critters to be around, and have so much personality! The babies are adorable and bouncy, and the goats are small enough that I’m not afraid of my 3 year old daughter getting hurt if she wants to come into the barn and “help” me milk. We are heading into breeding season with our does and I plan to breed one this Fall and hopefully the other 2 in January! We’ll have a lot of milk going on next Spring/Summer. If we can find homes for the 3 goats that we no don’t want to keep, we’ll be in good shape. 🙂