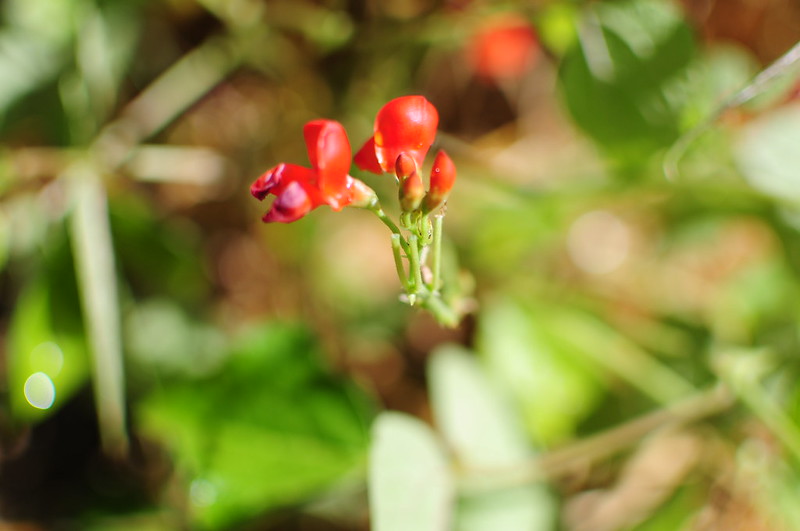 I’m sure you’ve all been waiting with baited breath for the results of our experimental garden. Right? 🙂 Actually you likely stalk us on Facebook too so you already know that the garden has produced at least some edible food. And if you recall when I first wrote about the Experimental Garden, that was the condition I insisted on in order to try gardening again. 😉 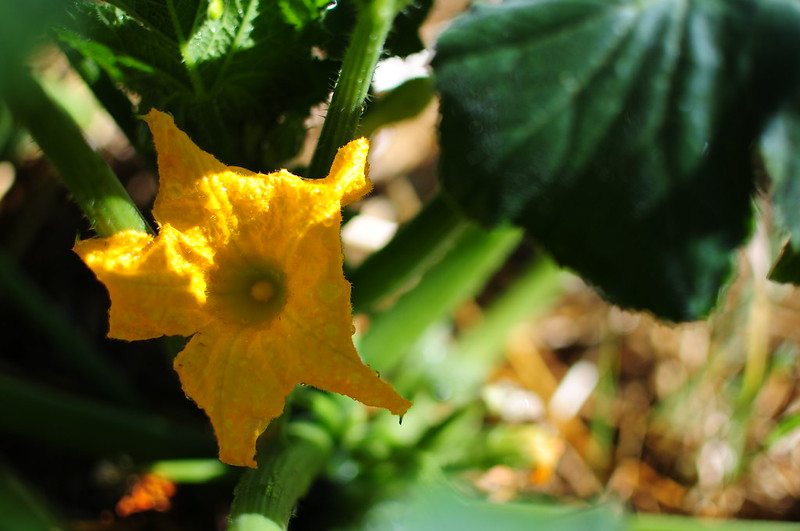 Well, I”m happy to report that we have eaten some of our very own produce!! It’s such an amazing feeling to eat something that you know you grew yourself! And it’s such a relief to know that you’re only washing off a little dirt when you wash the stuff before eating it! Wonderful!! 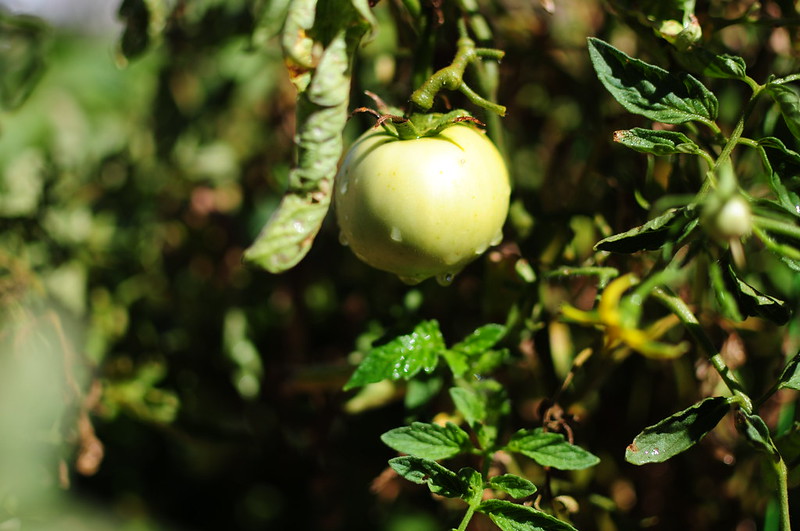 Truth be told we only got a few tomatoes from our own plants, but were they ever good tomatoes! After tasting one, Stuart said that we need an ENTIRE farm of just tomatoes next year! 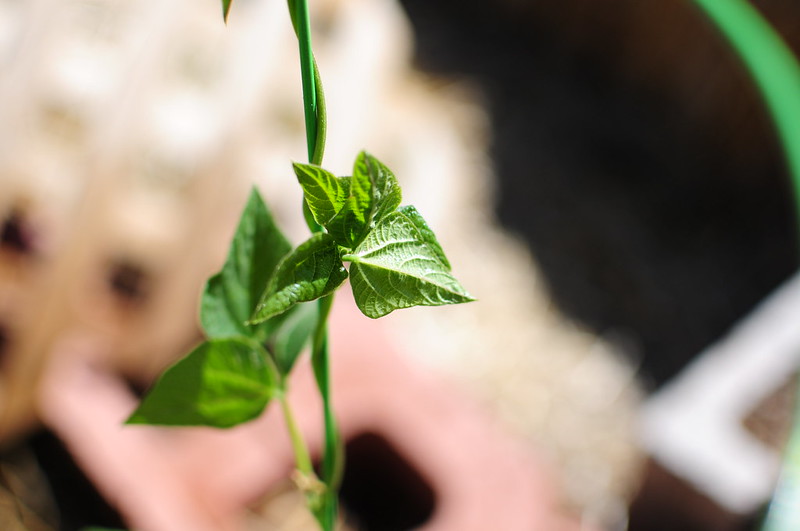 None of the beans have produced anything but pretty buds, but that’s okay, I enjoyed looking at them, and now I know they should probably not be planted so close to other stuff. 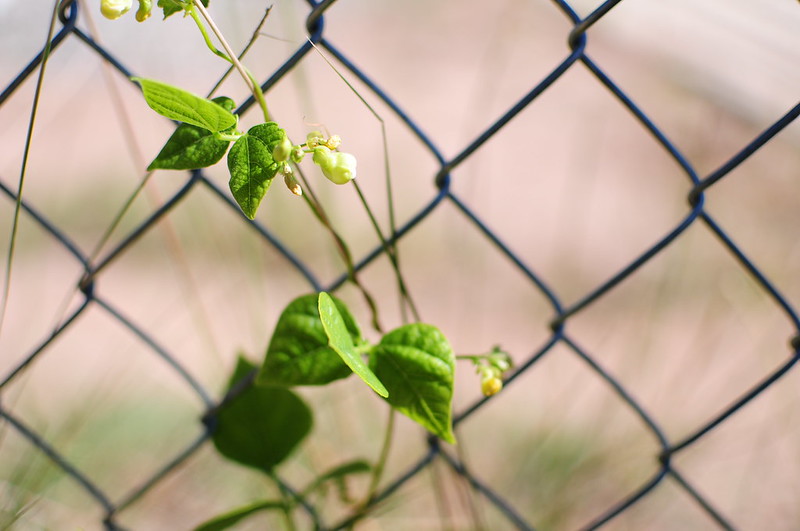 The crook-neck squash I planted as a SEED at the end of June and we still managed to get squash from it! I think the weather is getting a touch too cold for them now, but they are delicious and will be in the garden in the future for sure! 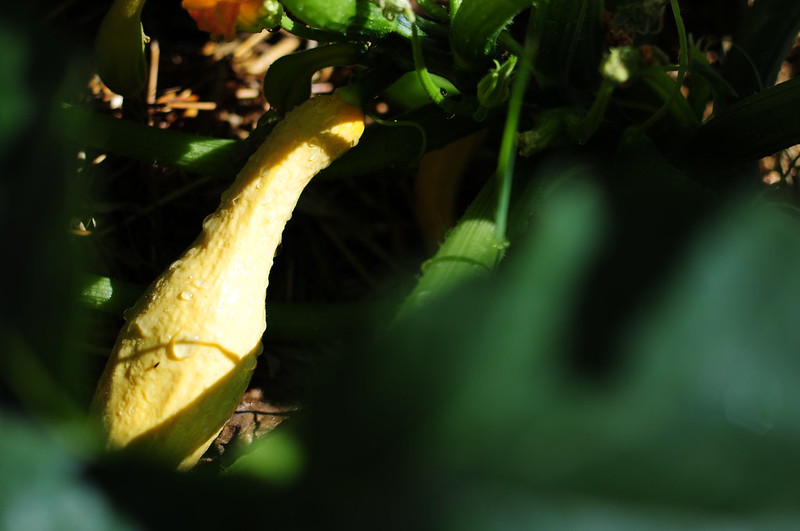 We’ve had quite a few cucumbers!! The one that I planted in the garden patch didn’t produce nearly as well as I thought considering it had oodles of blossoms, but it was the only plant so maybe that’s why. 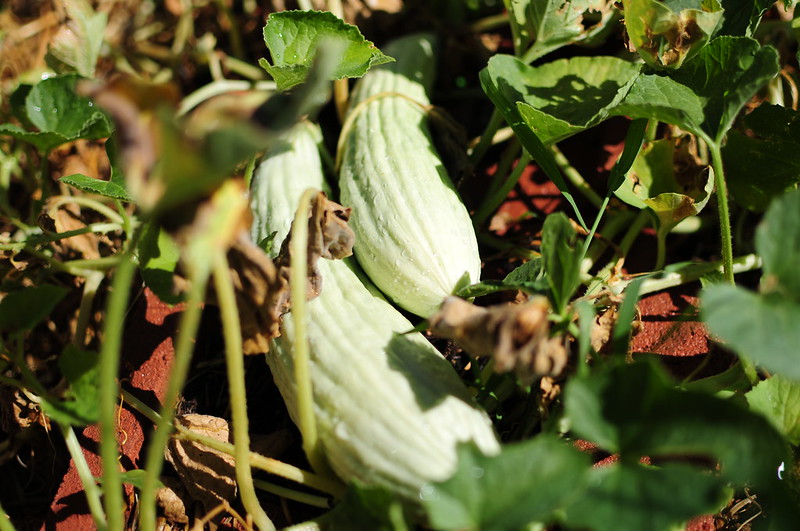 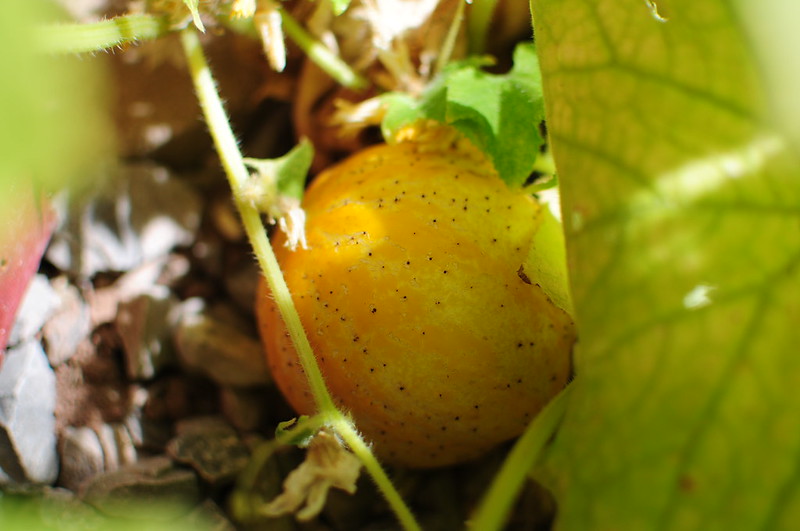 There are a few acorn squashes peeking out from under the large leaves, but I’m leaving them till the last possible moment to see just how many we can get from them. 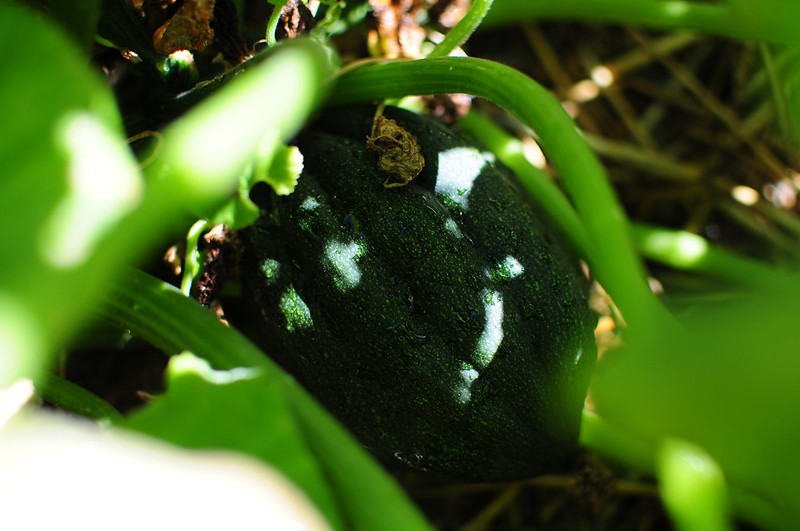 Some okra has just barely started to grow, so we likely won’t be eating any of it. I got a really late start on a lot of things. But I’ve learned so much through the process!! 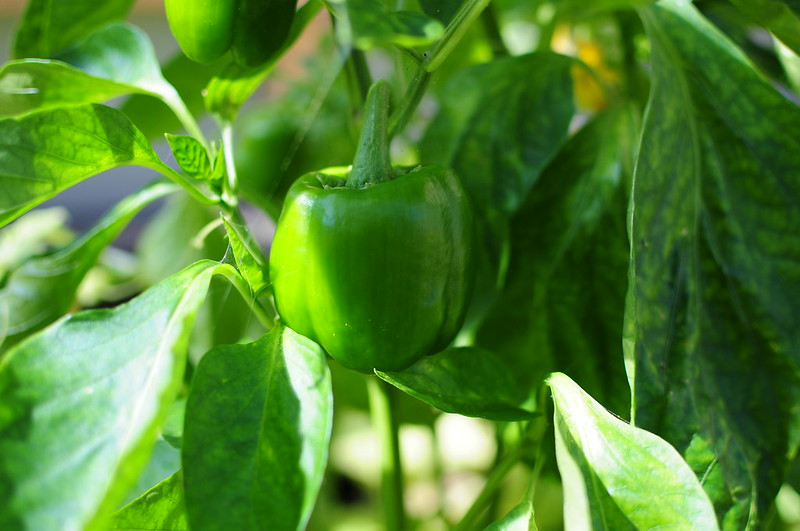 I’m already looking forward to next year’s garden. Which will also be an experiment. I’ve at least figured out that any time you try to grow/raise things it’s an experiment. You can’t control the outcome all the time. A friend’s garden was wiped out by hail this summer, some of our plants were attacked by something that made them die, and of course there’s also plenty of user error involved. But in the end it’s worth the effort and the work! Because even if we only eat a little bit, or nothing at all, from our own hard work and gardening, we’ve gained a lot of knowledge and experience, and work ethic. And that’s pretty valuable!! 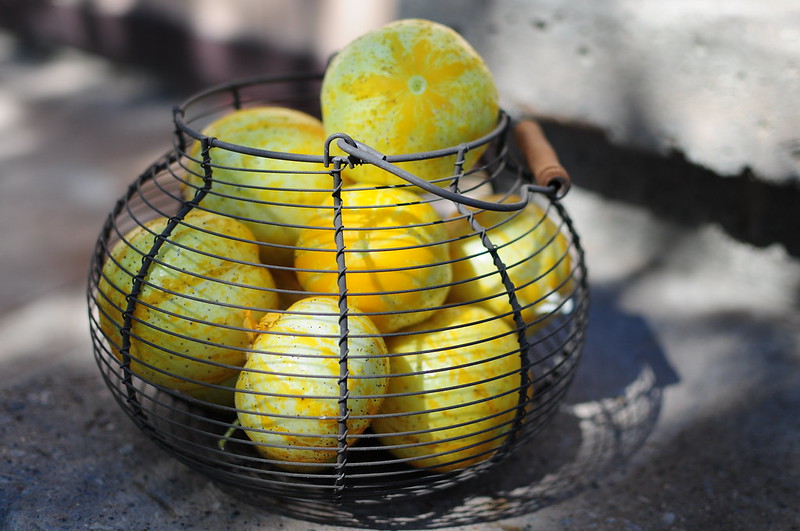