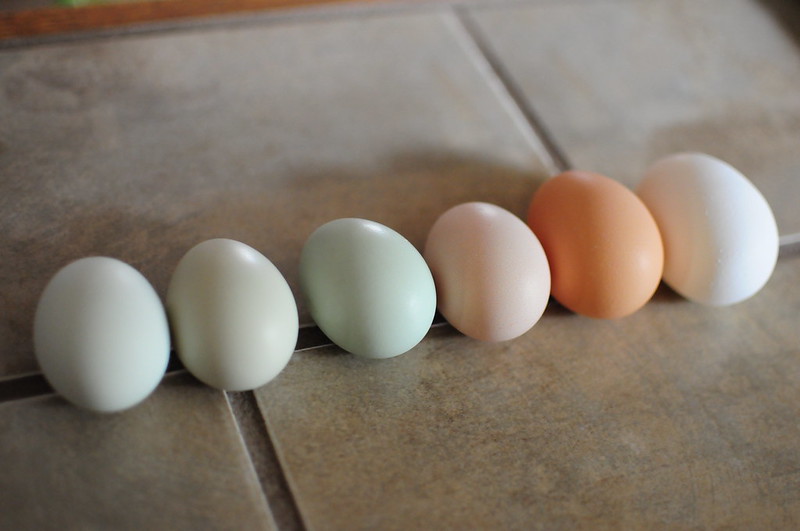 If you’ve had the pleasure of getting fresh eggs, like really fresh, less than a week old eggs either from your own awesome flock or a friends, or farmer (who could also be your friend) you may have tried to boil some. Cause you, like me, enjoy boiled eggs in salad, and deviled eggs, egg salad and just boiled eggs for a quick snack or a light lunch or whatever! You like boiled eggs, right? The problem is when you go to peel the shell off of your perfectly boiled fresh eggs, a LOT of the egg comes off with it. It’s so frustrating! Believe me.

I don’t know the science behind why a fresh egg doesn’t peel as well as a not-so-fresh egg, but it’s very true. SO you can leave your wonderful fresh eggs in the fridge for at least 10 days or you can do this trick. 😉 I’m not sure where I first saw this fresh egg boiling trick, but it’s awesome!!! And it works and that’s the point.

You’ll want to bring your water to a boil before adding eggs. I sometimes add a dash of Baking Soda too because I’ve heard that’s supposed to help them peel better as well… doesn’t hurt anyway.

And here’s the important part. With a pin or thumb tack (my favorite) you’ll want to gently poke a hole in the big end of the egg. The trick is that you don’t want to puncture the membrane that’s just under the shell, but just barely poke through the shell. This took me several attempts to really get, but all it takes is practice. If you poke through the membrane then some of the egg will leak out of the shell during boiling, but it’s no biggie. Still totally edible! 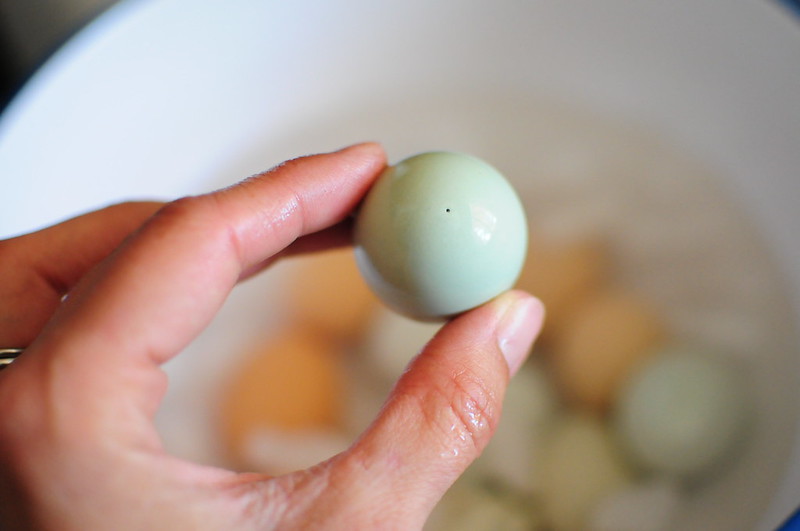 Once the water boils and all the eggs have been poked, lower them gently into the water. I use a spoon because I’ve cracked more than one attempting to use my fingers and dropping them to not get scalded. 😉 You’ll see little bubbles coming out of the hole and that’s just what you want! Boil for 15 min, I set a timer so I don’t over boil. 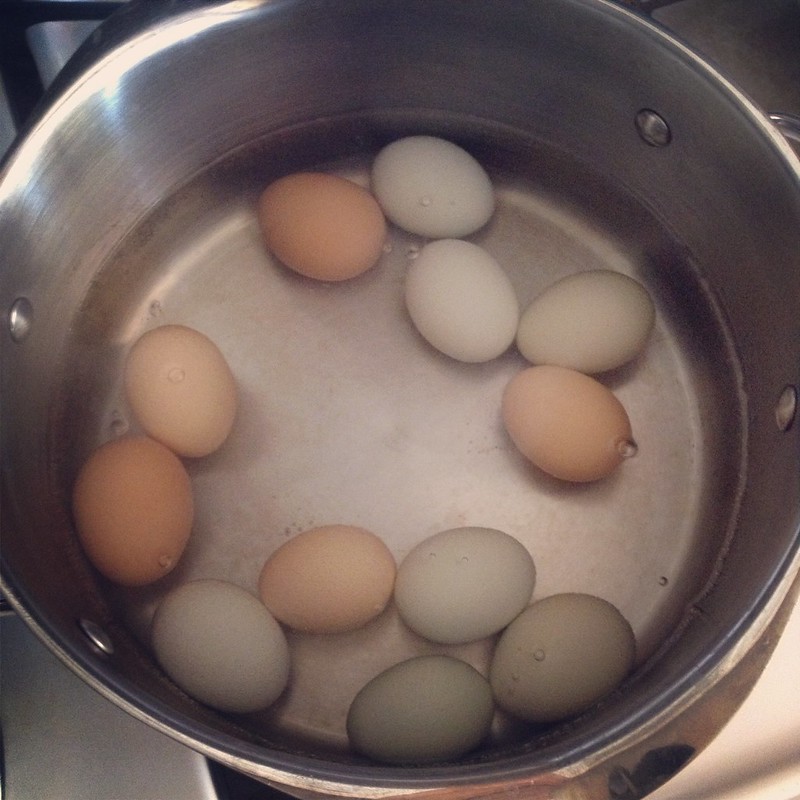 When they’re done fish them out, I suggest you use a spoon again, and put them in a bowl of ice water to cool quickly. I don’t usually time this part, but another 15 min will do ya fine. 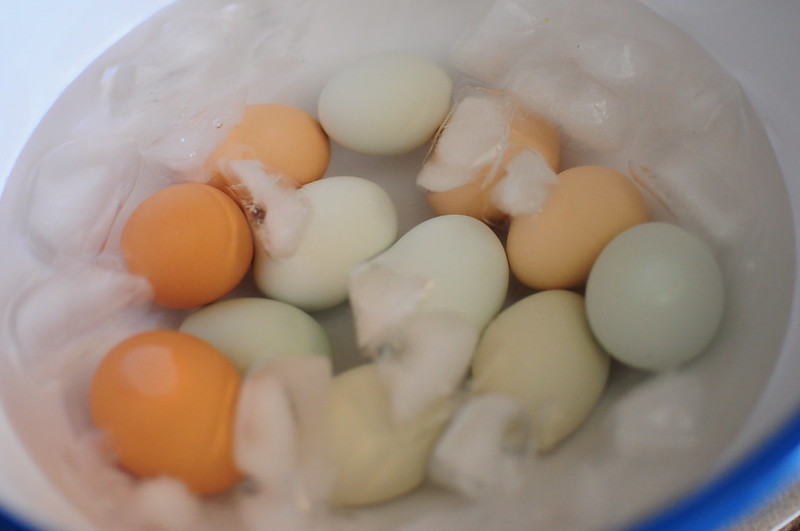 Then crack the eggs. I like to tap the ends gently on the counter first then kind of roll the egg on the counter with a little pressure and peel away! 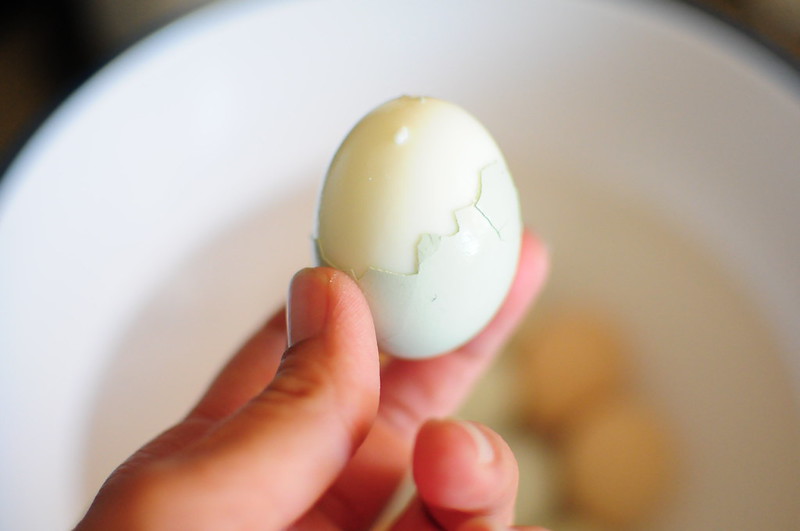 It’s great! Works fantastic, and I’m so happy to have this trick in my bag because I was starting to think I’d have to give up on fresh boiled eggs! Now I can eat em as much as I like!!! Well, as long as the girls can keep up with me. 😉