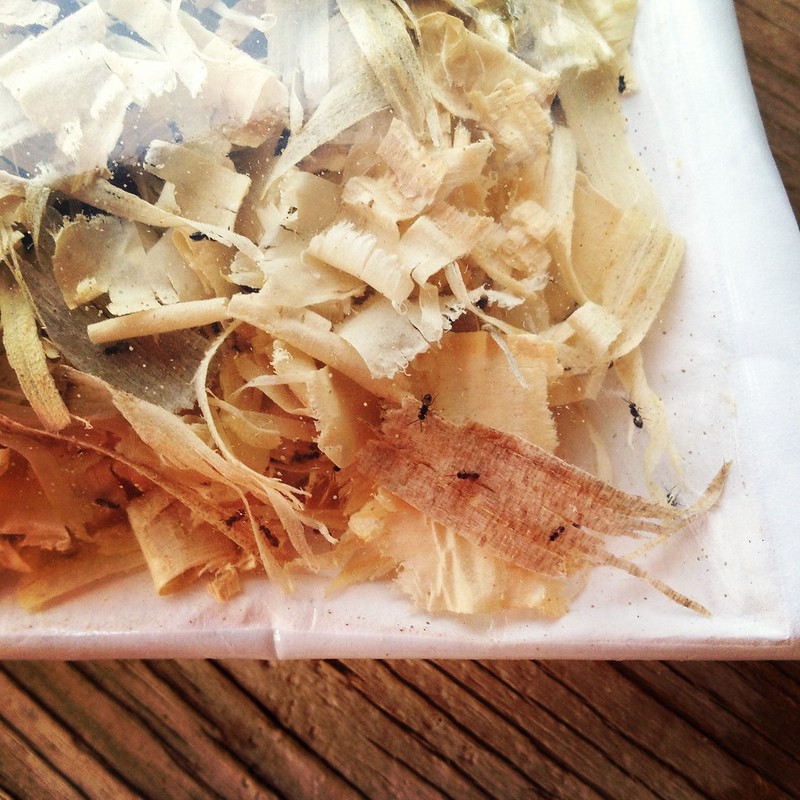 Ever wished there was a natural, non chemical way of decreasing the irritating fly population? I sure did!! I say did because now I know there actually is one!

They are itty bitty bugs that take over the fly pupae and eat it dead! Yay!!! We ordered some kinda late in the season actually, because the flies were getting so bad in the barn! They were irritating me during milking and feeding times and they were irritating the animals all the time! After the second bucked of milk spilled all over me thanks to a kicking-at-flies goat, I decided to invest in these things.

I ordered them from a place called Spalding Labs. You should check it out there’s all kinds of information on there about them. Our first shipment contained 10,000 fly predators and we’ll get a second shipment in a month with 5,000. Next year I’m going to start with them at the beginning of summer and see if we can cut down the fly population BEFORE it gets out of hand! 🙂

I’m just happy to know that there’s a natural way of dealing with pests and not having to resort to dangerous chemicals around our animals. Hopefully next year the marauding Guineas will also help with pests! 😉