The chickens have discovered my straw mulched yard, which also happens to be the garden! Ack!! They love the straw and have happily scratched to death one promising squash plant. 🙁 So I’m frequently sending the lads out into the yard to get the chickens out.

One day our second born asked me why he had to go get the chickens out of the yard, and I told him because on a farm everyone helps out. He got an excited look on his face and asked, “Are we farmers?!” To which I replied, yes!! He then happily went out with his brother and I heard him say to himself, “farm kids!”

The other week they were visiting grandparents so I had to shoo the chickens out all by myself MULTIPLE times a day! This one particular bird was always in the yard! She was pretty tame too so I more often than not just picked her up and took her out of the gate. This time I decided to take a chicken selfie! Though she doesn’t look like she wants to be too close to me honestly. 😉 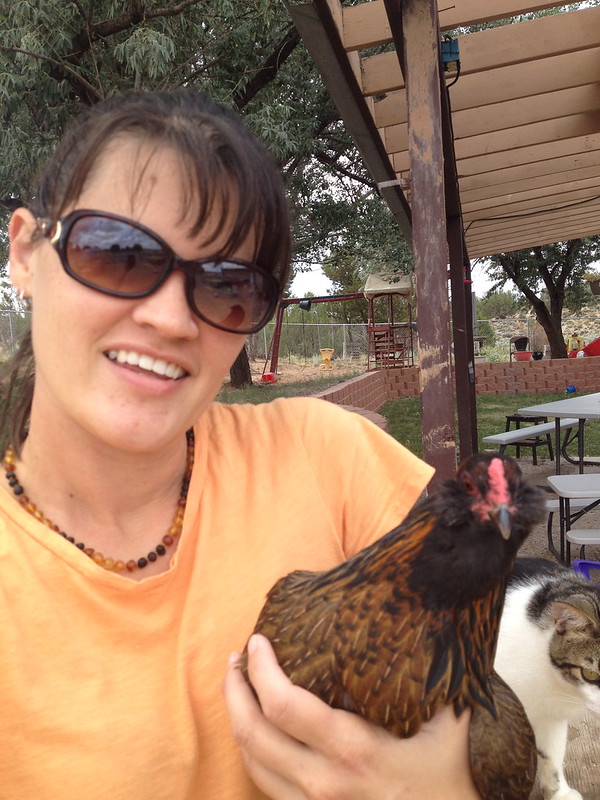 Sadly our chicken flock has taken a severe beating by coyotes recently, so they have taken to sticking VERY close to the house. Smart birds! Besides them constantly being in the yard it’s been amusing to see them through the windows. I had to snap a picture of these two girls sharing my son’s bike. The “Bicycle Built for Two” song immediately popped into my head! 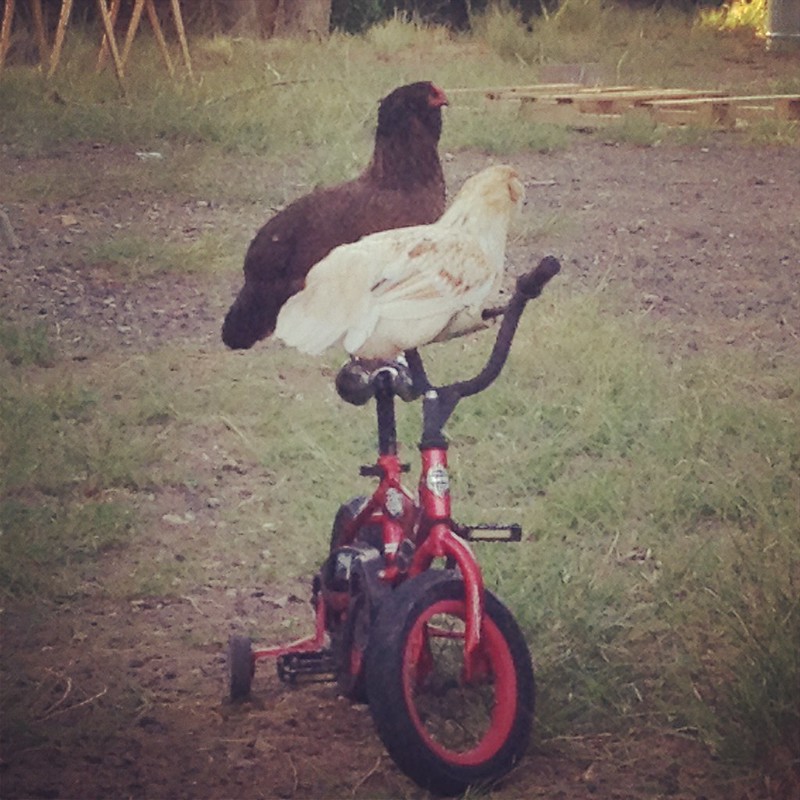 Our chickens now have a new more secure space up at the LRB. I’ll post about that later, but for now enjoy this song! 🙂