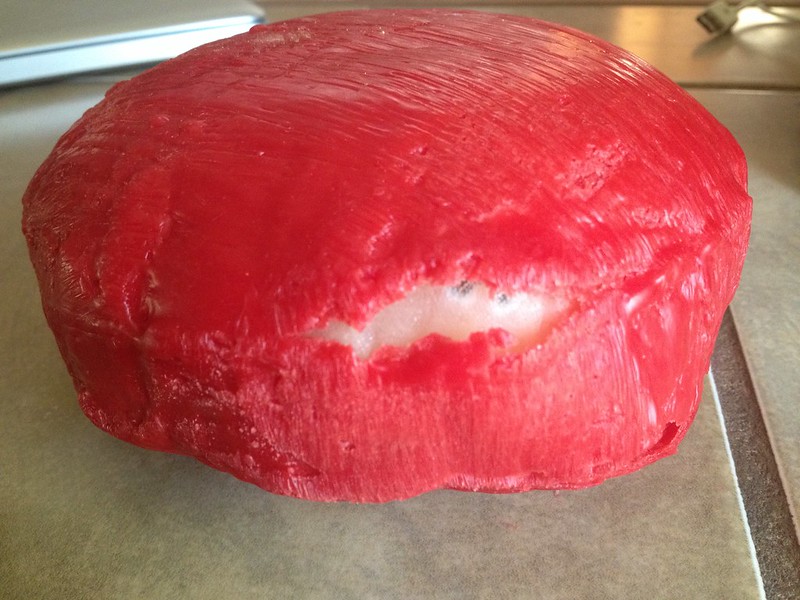 You may have read about my fun cheese making adventure HERE and the waxing conundrum HERE. Turns out things aren’t so easy when it comes to making cheese!

I thought the hard part would be the actual cheese making part. Granted, getting up at 2 in the morning to unmold cheese is a challenge, but the real hard part (for me so far) is the aging. Apparently our cellar which stays around 65ish degrees pretty steadily in the summer months is not cool enough to age cheeses.

The first cheese I tried started weeping through the wax, so I unwaxed it and put it in the fridge in vacuum seal bags. It’s in there still because I’ve been uncomfortable with the idea of trying it… I think it got too dried out anyway, it seems really hard for a hard cheese. Maybe parmesan? And the photo above is the second cheese.

It swelled to double it’s thickness, split the wax and started growing mold! 🙁 Not the appetizing cheddar I was going for.

I broke it open to see what the inside looked like and it was more like a swiss… sorta. 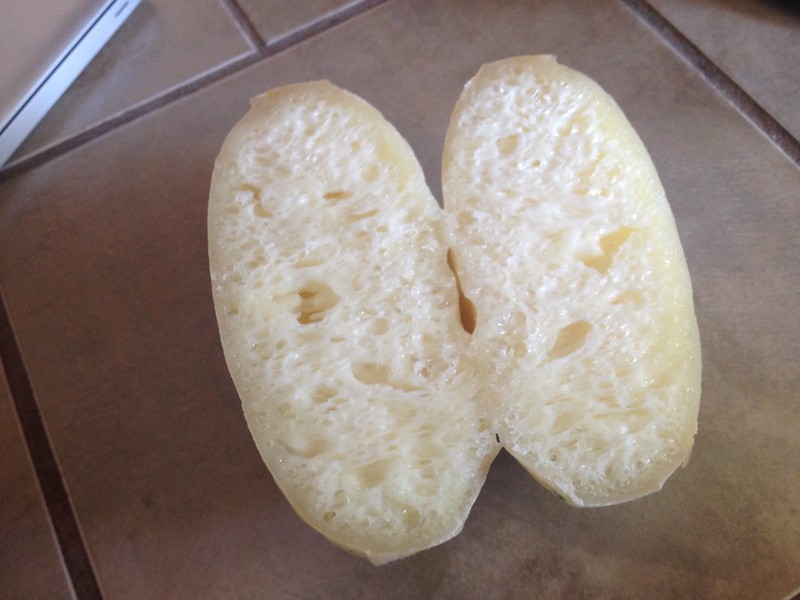 Ick! This one got fed to the chickens… who have much less discerning pallets than we people who’ve been used to buying cheese in nice neat little blocks (or slices even) from the grocery store.

Lesson learned, make sure you have an appropriate “cheese cave” to help the cheeses turn out right. I’m now keeping my eyes open on craigslist for used wine coolers since apparently the temp to keep wine chilled is also perfect for cheese!! Until then I’m sticking to mozzarella and going to attempt some Chèvre!