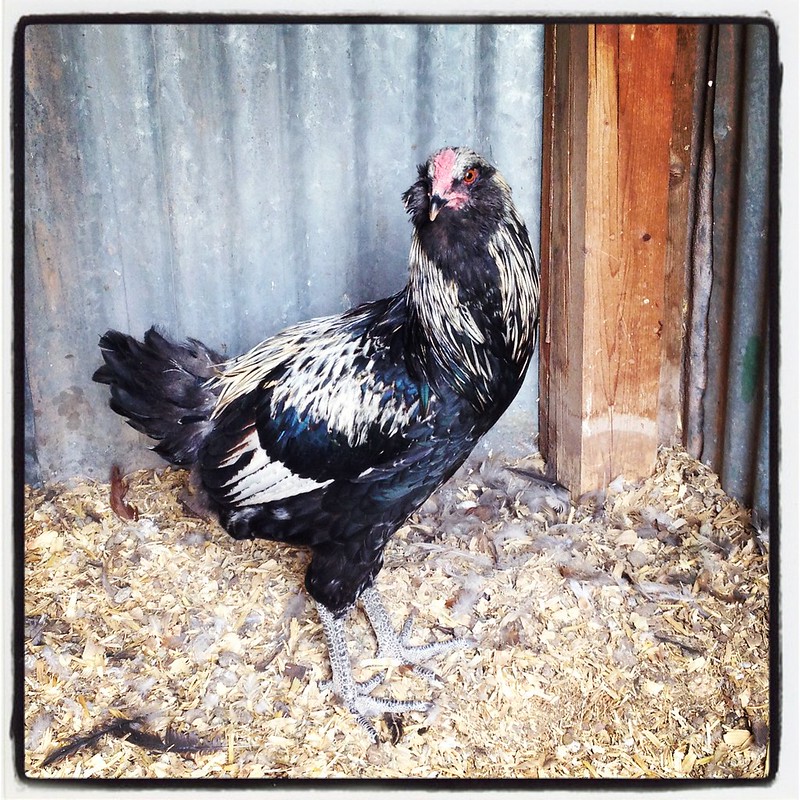 So far we have 3 Roo’s at our place. Last year when we first got chickens I was convinced that I did not want a rooster. The epic tales of how viscous they can be were enough to convince me that they were no good! Especially on a homestead full of kids. (the human kind) In the forefront of my mind with every animal that comes to our property is how gentle they are because of our kiddos. And even though I came across stories of nice roosters, I still had visions in my head of them in attack mode!

But now that I hear the melodious sounds of rooster crows in the mornings as I walk to the barn for milking, and at sunset… and lots of times in between, I wonder what I was thinking! Because it’s the quintessential sound of the farm!

However, I don’t think we need three Roos. We had a fourth, but he is amongst the missing now, so that took care of itself. I’m interested it keeping at least two for flock protection and reproduction. But which two to keep???

I’m still dead set on not having a mean rooster, and for that reason I have my eye on the one who may not make the cut. Last week while I was visiting the coop, I got a sharp peck in the leg from one of the roos. I was not amused! Fortunately I was wearing jeans and it wasn’t painful, but I gave him a solid kick back just so he’d know that THE BOSS doesn’t appreciate his attitude. 😉 He has been behaving himself so far since then so maybe he’s taking my warning to heart.

At this point I’m simply going to watch them and see how it all pans out. I’m fairly certain that our first roo (he started crowing before the rest) Snape is going to stick around. He seems fairly mild mannered and he’s simply gorgeous! 🙂 Hoping one day to have some chicks of our own either when a hen goes broody or in an incubator. That would be a fun experiment!!