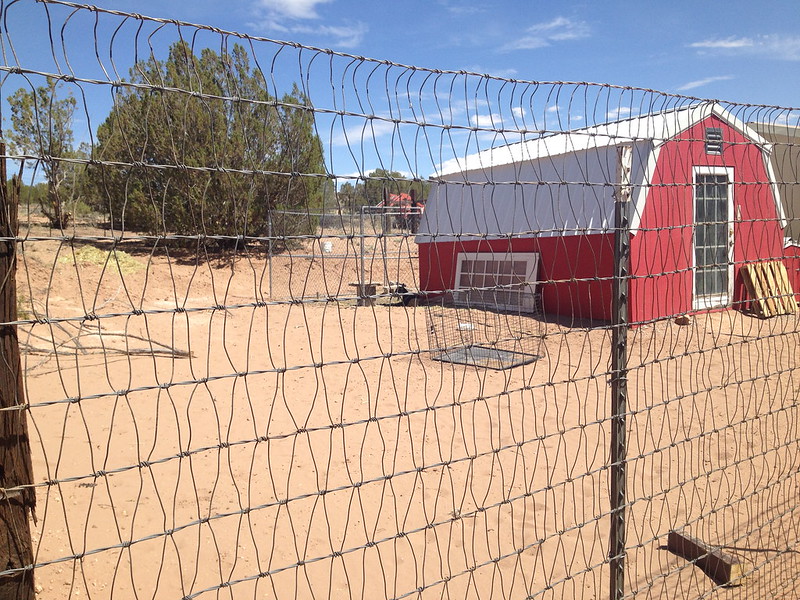 We’ve had this ongoing project for awhile to build a larger enclosure for the goats. They needed it! The little yard they had at the back of the LRB was fine really when it was the two Nigerian Dwarf goats, but then they each had two babies and suddenly there were six goats! Then we got Ace because they little ones weren’t producing enough milk for our family, and she’s easily twice (or thrice) the size of the Dwarfs and now we had 7 goats in the yard.

It’s been a top priority for awhile, but fence building is hard work. And Stuart hasn’t had the time off this year he normally gets in the summer so he’s had to work on it as he could. We were able to hire some help for a couple of days and that made some HUGE progress, as I’m a bit of a wuss when it comes to post hole digging. 😉 I did help put some of the fencing up though so I’ve had my share of blood, sweat and tears in this project… though not so much on the tears part.

Anyway, it’s so much larger than what they were living in and it makes me extremely happy that they have this space now! You can see their little yard in there compared to the fenced area now! Wow! 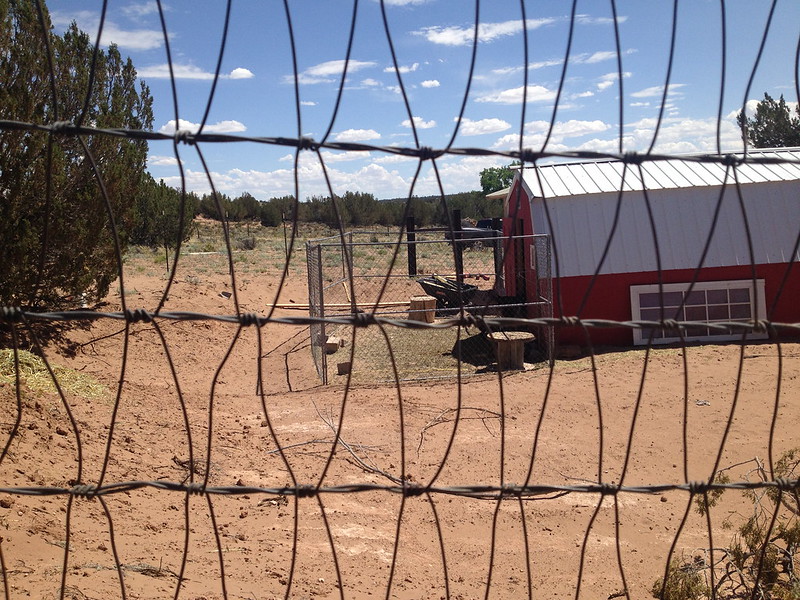 Thor has inherited the smaller space which we moved to the front of the barn. This will be his habitat for quite some time till we can begin to trust him to be “out” with the goats full time. 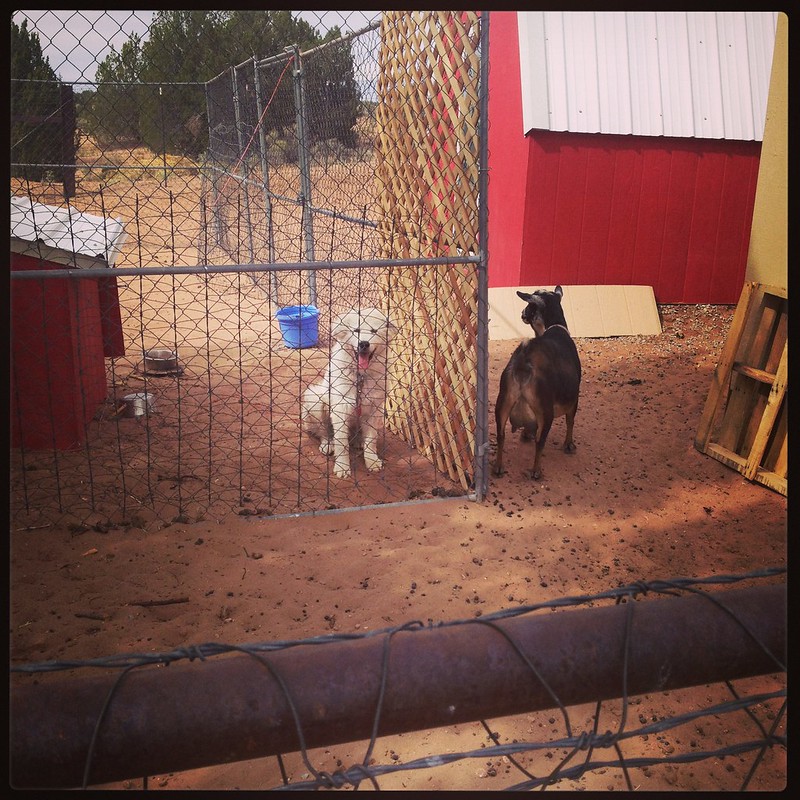 Eventually we will add a chicken coop to the space and move our layers up here as well. Hopefully that will cut down on the poultry casualties too!