When you start reading up on goat milk and it’s potential, a lot of people will say you can’t really make goat butter because the milk is “naturally homogenized” (ya know that thing they do to cow milk so that the cream doesn’t rise in the stuff you buy at the store?) and that means that it’s difficult to get enough cream to do say, butter.

And I’ve read where people will put their goat milk in containers with lots of surface area, because some of the cream actually does rise, but we’re talking centimeters not inches like in cow milk. Then they scrape it off carefully and store it in the freezer till they are able to get enough to make butter.

Which is fine. Really. But I don’t have the fridge space or the patience for that. So we invested in a cream separator. Everyone has their own method, we thought we’d go with this one. Cream separating was… interesting, and in need of it’s own post. 😉

Once I got the cream, and I was surprised at just how much I did get, my first priority was butter!!

I cooled the cream, cooled the bowl to my mixer, attached the whisk, and let it go! 🙂 I think I used too much cream, because as it started to whisk up it got SUPER close to the top of the bowl. 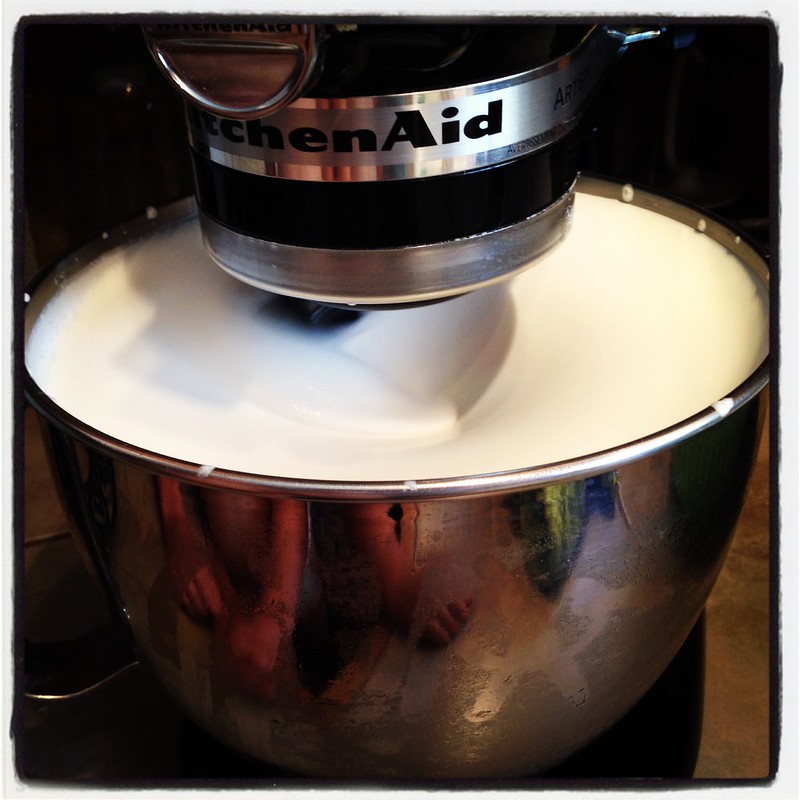 Our kiddos were very interested in this process, but one lad was freaked out that it was going to “spill” even though I told him that we can clean it up if it does. He kept ducking down below the level of the counter top because while he wanted to watch, apparently he didn’t want to be splashed! 😉

I let it “whip” for a long time, and nothing seemed to be happening. I’m not sure if the cream I got wasn’t thick enough or what the issue was, but again, patience isn’t my strongest point, so I broke out the Vitamix (Christmas gift from my Love!) and poured some cream into it.

Bam! I had butter in a matter of a couple minutes! It was the coolest thing ever!! 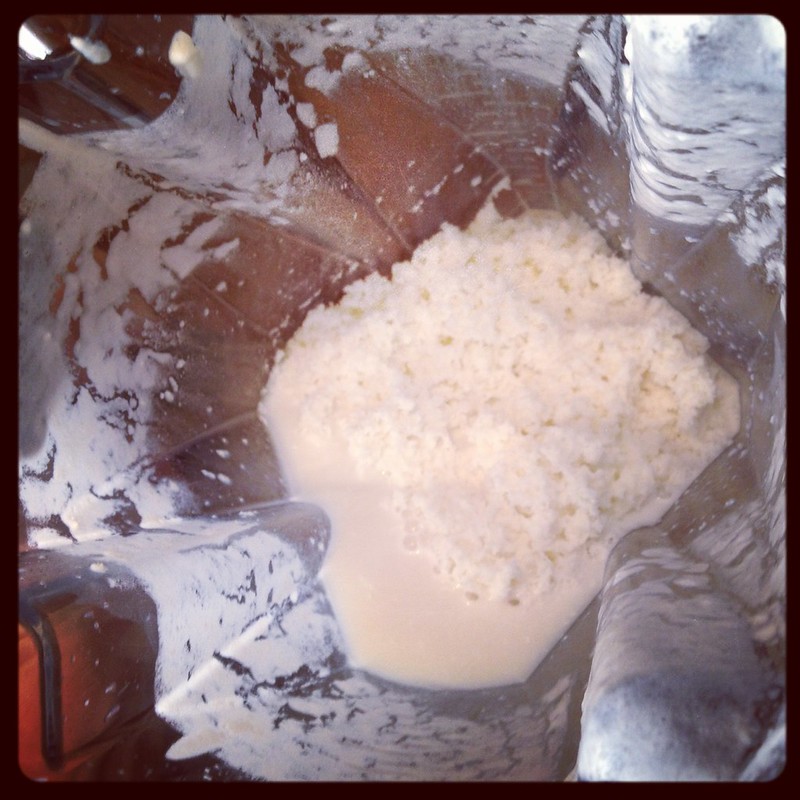 First it fluffed up like whipped cream would, and then I turned the blender on high, and the cream “broke” and it was butter! So cool! I can’t get over it!

I did that about 3 times with all the cream I had, and I couldn’t tell you exactly how much butter it was that I got, but it was more than I expected! We ended up with about three of these “butter balls.” 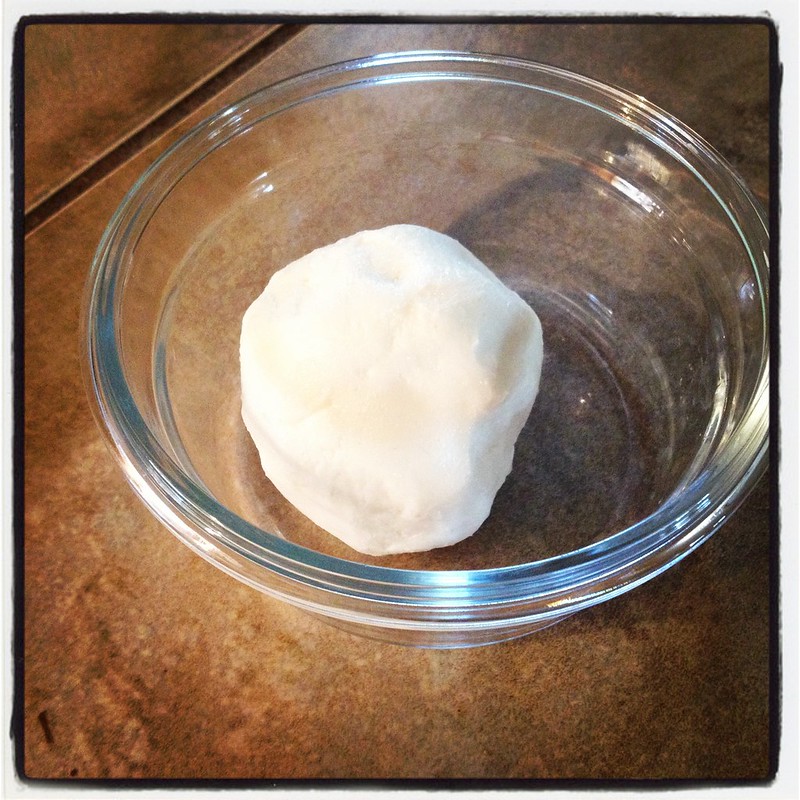 This butter had a distinctive “goat” flavor. I think it was stronger for a variety of reasons. The milk wasn’t SUPER fresh. It was a few days old, and that matters. Also we bought the milk I used in this experiment from a friend who gets more milk right now than we are with our goats. But they are off grid, so their milk doesn’t always get too cool as fast or as low as it might otherwise. All factors that will make the goat flavor more prominent.

Even so, I used this butter in my cast iron skillets and it worked REALLY well to prevent sticking, and I didn’t notice the goat flavor so much in the cooked food. Though when I used it as a spread on biscuits I could taste it. So we’ll see what happens the next time around. All in all I was really happy about this experiment!

Shared with The Prairie Homestead.