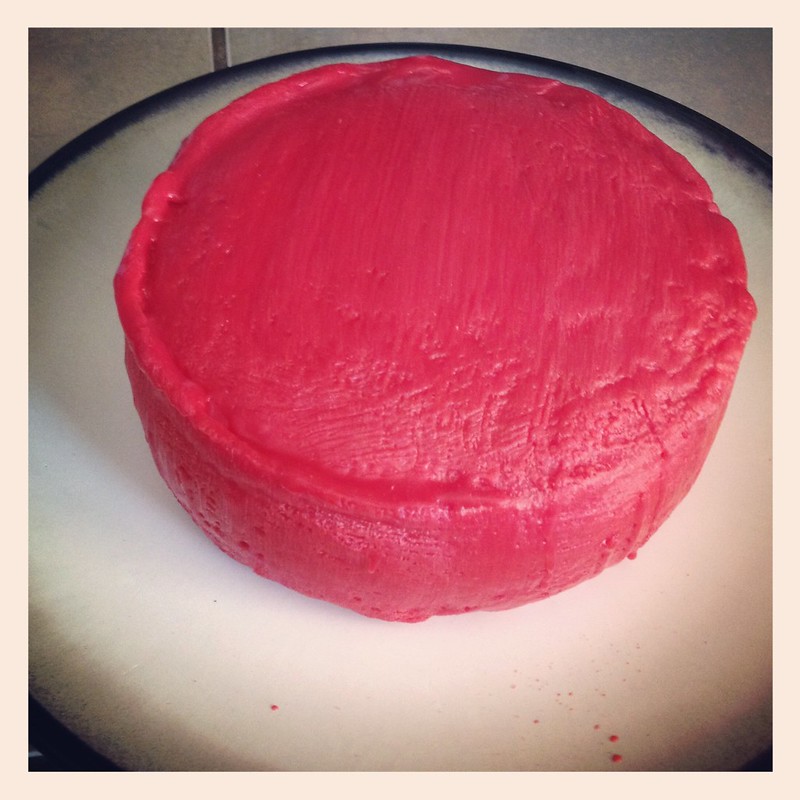 I have two hard cheeses under my belt now. However the verdict is still out on whether either of them is a success because we have to let them age before they can be taste tested! 🙂 I was feeling pretty happy and confident when I made the first one, but then when the second one turned out MUCH different, it made me nervous wondering which was actually “right.” But as I’ve said, there’s lots of variables in “right,” so we’ll see what happens when we finally get to cut them, but until then I’m going to think that they are both right! 🙂

The first one I made using 2 gallons of our goat’s milk. It is a “farmhouse cheddar” which I’m still not totally sure about what it is that makes it different than any other cheddar, but supposedly it is. And I got a pretty hefty block of cheese from it. I used our clabbered milk to culture it before adding the rennet to create the curds. SO cool to look at a pot that looks like milk, but when you touch it, it’s firm!! How fun is that?!

Then I had to “hang” the curds for about an hour to drain. The sink proved to be a perfect place for this! 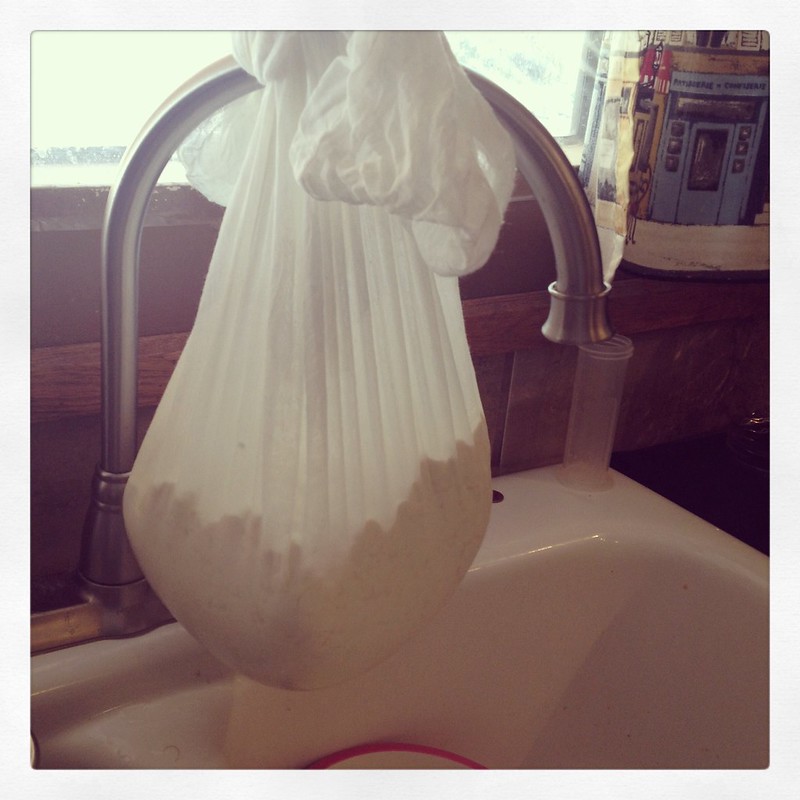 I got to use my cheese press for the first time and it was fun!! The not so fun part was getting up at 2am (for real) to take the cheese out of the mold. I don’t know what would have happened if I’d left it for longer, but I was afraid to try it on my first cheese making attempt. This particular block of cheese never seemed to get a “solid” rind on it. There were some cracks in the top and bottom which lead me to think that maybe it wasn’t pressed at enough pressure or long enough or something??? But since I’m new, trouble shooting isn’t really something I can do. 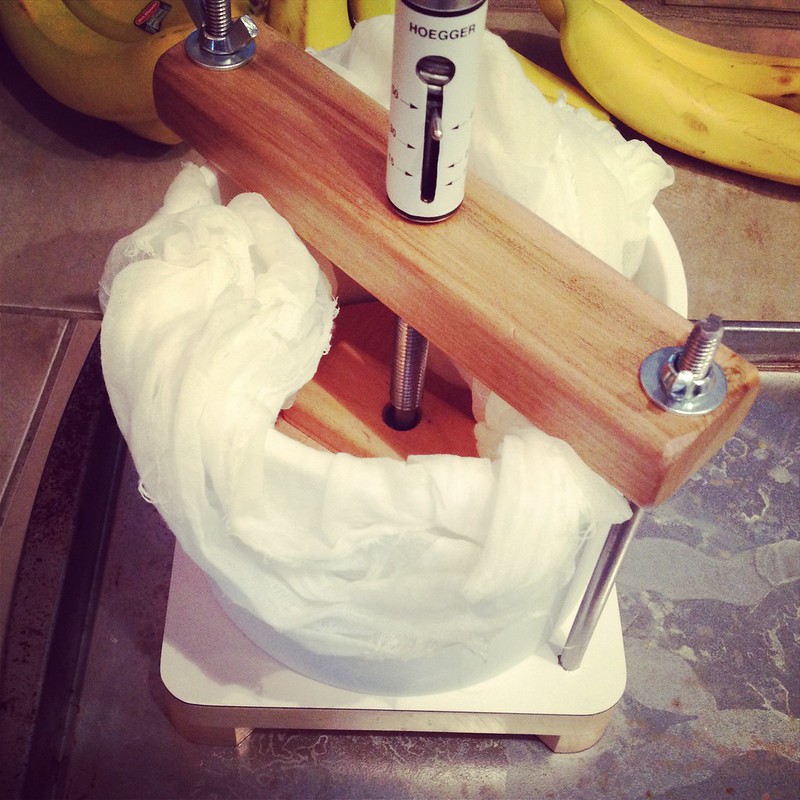 So I waxed it and plunked it in the cellar to await it’s debut in about a month. 🙂 Here’s hoping it’s yummy!

The second time I used the skimmed milk that I put through the cream separator. It was less than 2 gallons because the cream had been removed, and I followed the recipe for a different cheddar. The only real difference from the first one was that you let the curds drain over warm whey rather than in the sink, and flip them a couple of times. They seem quite a bit firmer and squeakier than the other kind. And when I pressed it, I realized I should have used the smaller mold because there were quite a bit fewer curds and I had to crank the press as far as it would go to keep it at the 50lbs for 12 hours.

Again my timing was a bit off because while I didn’t have to get up at 2am, the curds were ready to cut right at the time I was dishing up dinner, had to put babies to bed, and rush to milk goats, so they had to “wait” awhile and I’m not sure what, if any, effect that has on them. Ha!

So the second wheel of cheese was about half the size of the first and much much firmer. I’m interested to see what will happen when we finally get to cut the cheese. (Sorry couldn’t resist!) 😉 I’m not a naturally patient person so the suspense of waiting a whole MONTH to taste something I made is torture! Ha ha!