We were fortunate enough to be “in the know” when the construction company decided they were done with the straw bales they were using in their work. We got a bunch of it, but it’s been sitting out for awhile and isn’t stuff we want to necessarily use with the animals. BUT I had seen an awesome post recently on The Prairie Homestead about mulching the garden. I appreciated her honesty because she, like me, says that gardening is not her strong point… though I’m sure she’s at least grown something and I however… haven’t. 😉

I think what intrigued me about the concept of the mulching method was using it to get rid of, or discourage weeds. Because while we live in the desert where our average rainfall is about 10 inches, the one thing that seems to grow no matter what is weeds!

Anyway, I had already started on my experimental garden patch, but I still wanted to “reclaim” the whole space where hopefully, one day, I’ll have a thriving garden! The soil is terrible, so the hope is that the straw will help with the weeds, and ultimately break down into finer mulch, and with the added help of the goat manure, will make better dirt! That’s the plan anywho.

This was the space before I got started with the straw. I dug up most of the weedy and grassy clumps first. 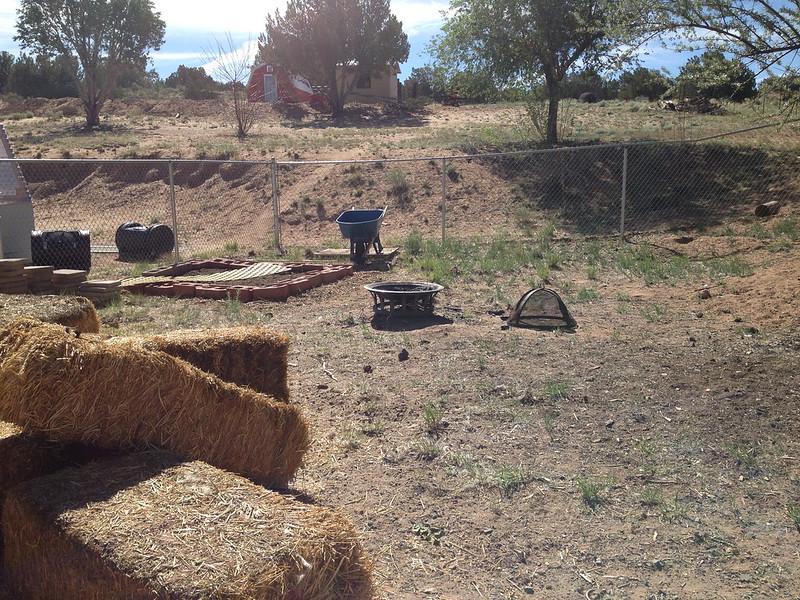 Then I broke up some straw bales and attempted to spread it. They were slightly compressed, and some of them were a little mildewy, so it didn’t want to “spread” as easily as I thought it would. And it ended up being thicker than Stuart thought was a good idea since we have snakes and mice and such that would love to live in a nice thick straw pile! So I spent a few days spreading and thinning and spreading some more. 🙂

This fella thought that the straw was a perfect play place! He’s also decided it’s a great dumping ground too which grosses me out! So yeah, he needs to move up with the goats… pretty sure. 😉 But he’s still so cute!

In the end this is pretty much what I had. 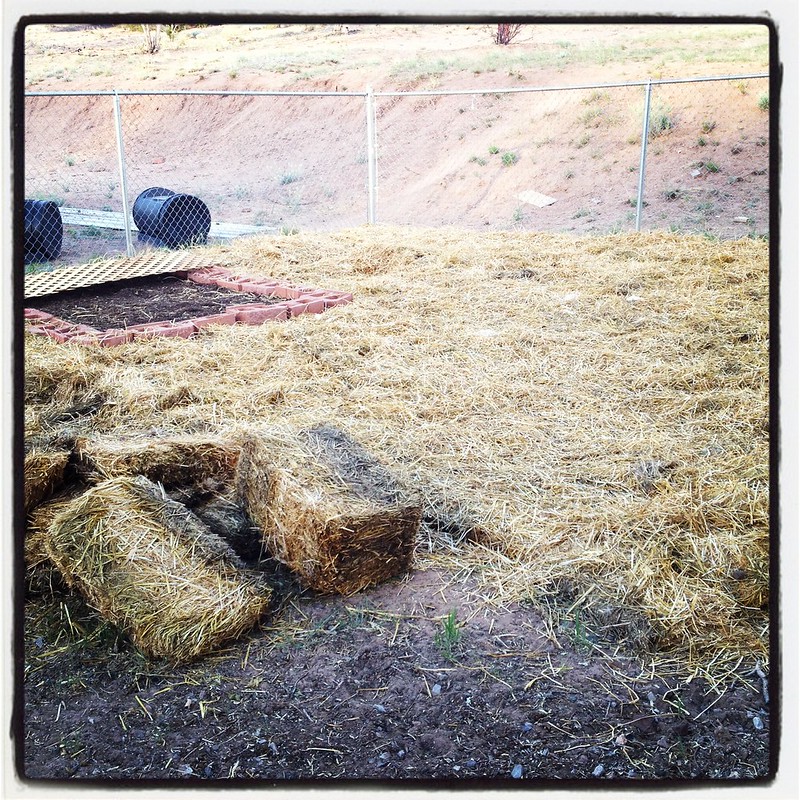 We hope to grow some something on a few of the bales as part of our experimental garden, and once they are done being used as planters we’ll spread them out over top as well. I’m thinking that over the winter we will add manure and then cover it in plastic, because it’s simply too dry out here for it all to decompose without a bit of help. 😉 We shall see!