It was a slow start for us to get our experimental garden patch up and going this year. But better late than never! And hopefully we will be able to eat something that we grew in our very own garden!

First, I realized that I had to somehow make the garden spot inaccessible to Thor. The pup may be cute but he is a destructomaniac! So I found some t-posts and used the chicken wire we had left from the chicken tractor and it worked fabulously! 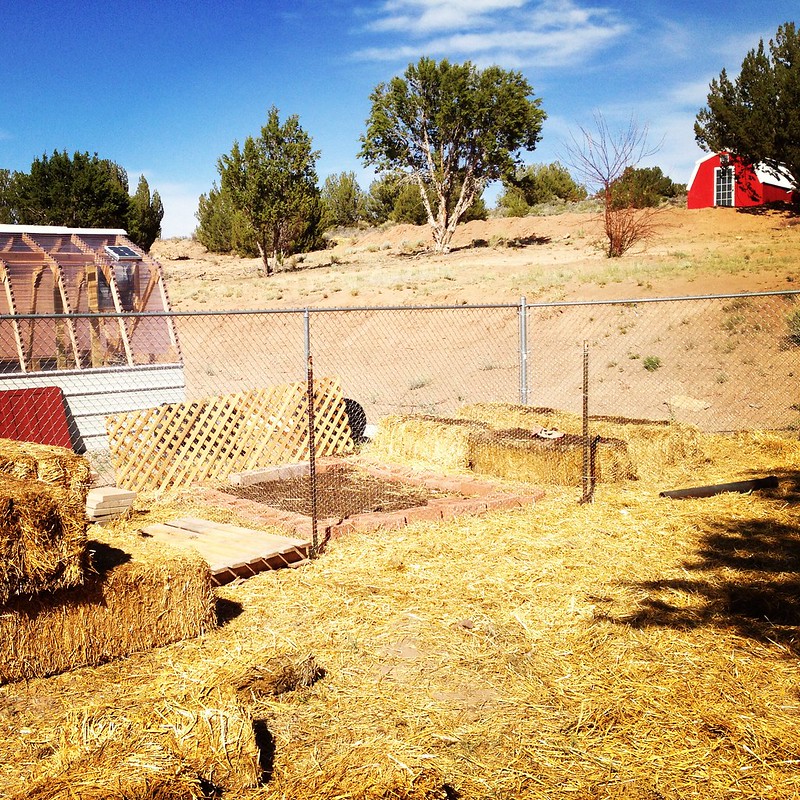 You can’t really see it in this photo but it’s there! Now, I realize that if Thor really wanted in, this wouldn’t stop him, but so far the visual barrier seems to be enough and he hasn’t attempted to get in!

Then I finally got some things transplanted into the garden. And thinking about it, I probably overloaded the space with plants. Especially because squash tend to take over the world… but that’s all dependent on if they survive. 😉 But the day I did this felt really good, cause I finally had something GREEN in the garden! 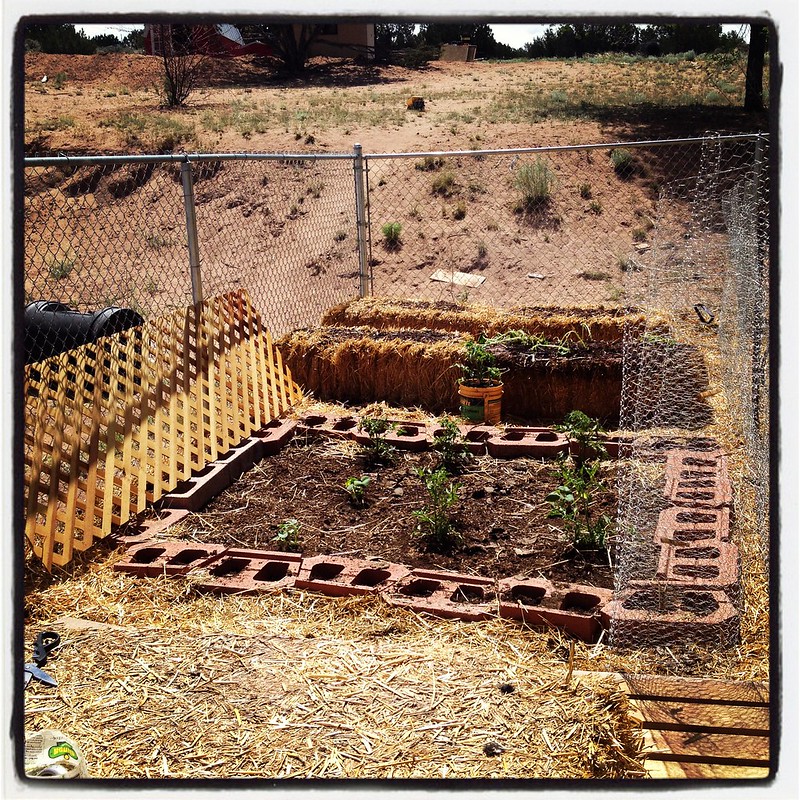 There’s some tomato plants, 2 acorn squashes and some random cucumber. I also panted some scarlet runner beans in the back, hopeful that if they sprout they will grow up the trellis and fence. I put some various seeds in the hay bales too. We’ll see if anything comes up there. I can’t say that I followed the “instructions” I found for doing it online very completely, but it is what it is. Ha!

I also decided to take over a space that was mostly sand/grave/weeds right next to the house. I’ve thought for some time now that it would be a perfect place for sunflowers. So that’s what I planted there. I also threw in some milkweed seeds for good measure. The butterflies are supposed to like those. 😉 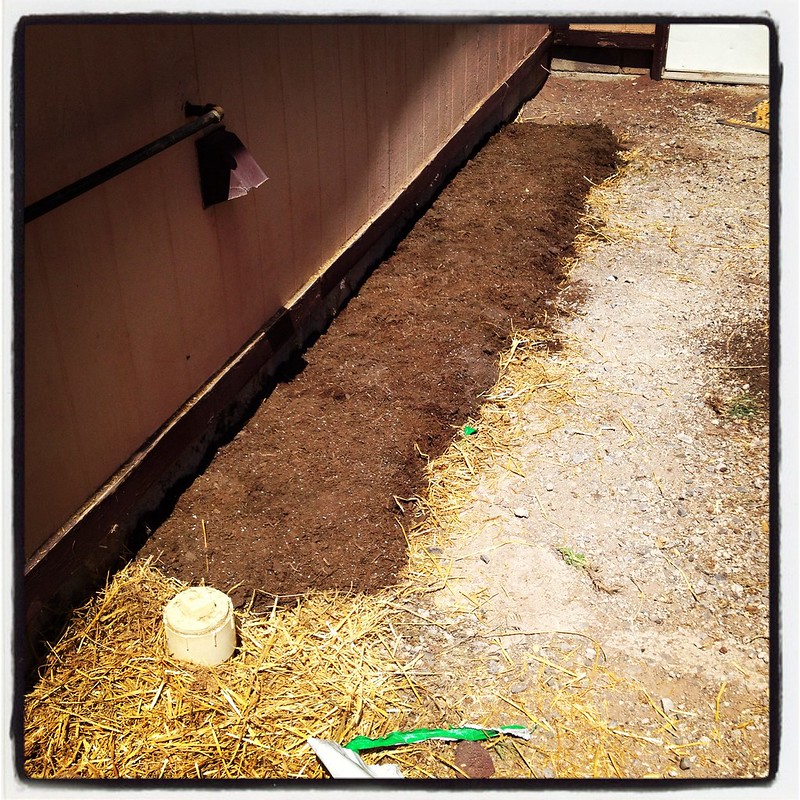 I put down straw first, to help with weeds, then plopped a few bags of potting soil down. I wasn’t going to boarder it originally but decided it needed it! Plus I want to get more strawberry plants and grow them in the cinderblocks! We’ll see if it happens! 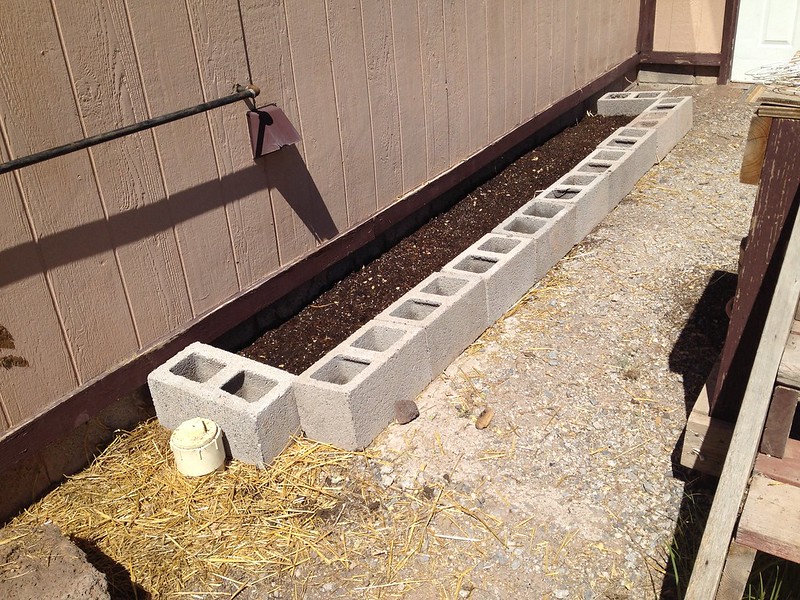 I told you about the green house bed flood right? 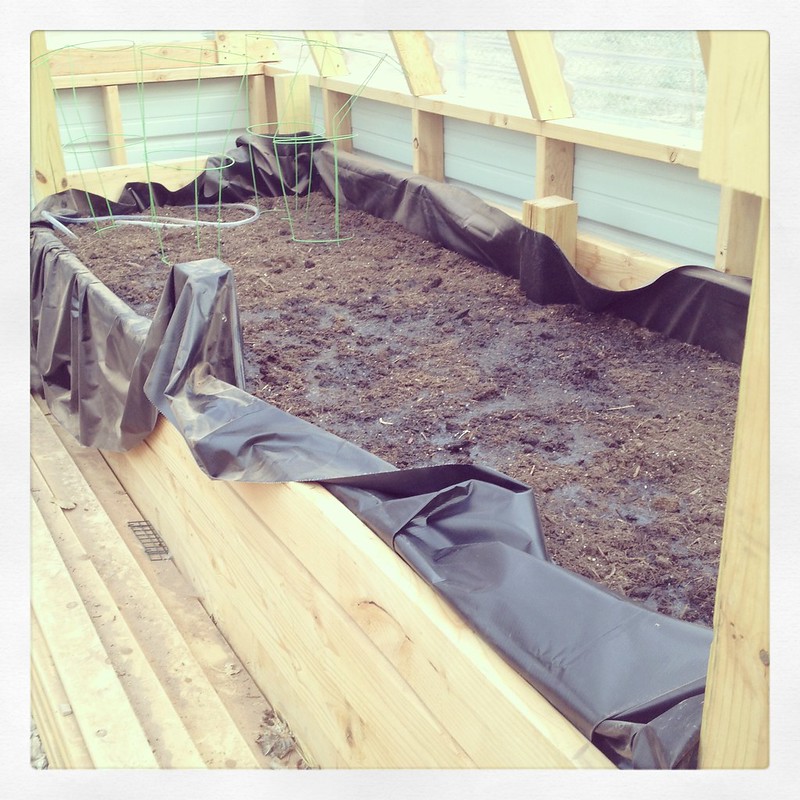 I accidentally made soup out of this bed and it was taking FOREVER to evaporate! Eventually I got a bucket and started bailing and that helped! Still smelled rather swampish in there for awhile. I got impatient and just put some dry soil on top and planted a few more cucumbers and a watermelon plant, also some peppers that kinda lost their leaves but looked like they could potentially come back. I figured they’d get rid of the water faster than anything else. 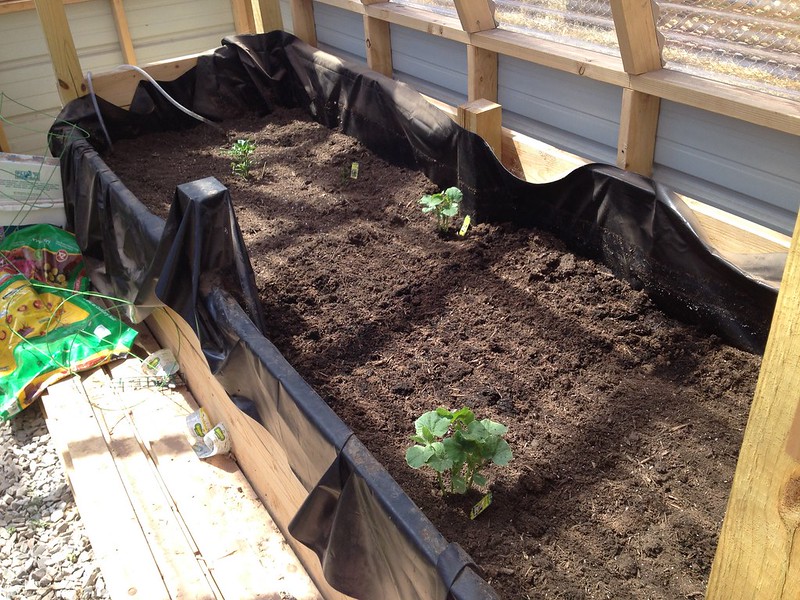 So that brings you up to date on the garden scene. Hopefully as the season progresses I’ll have more to share with you about all the awesome produce we’re eating. 😉