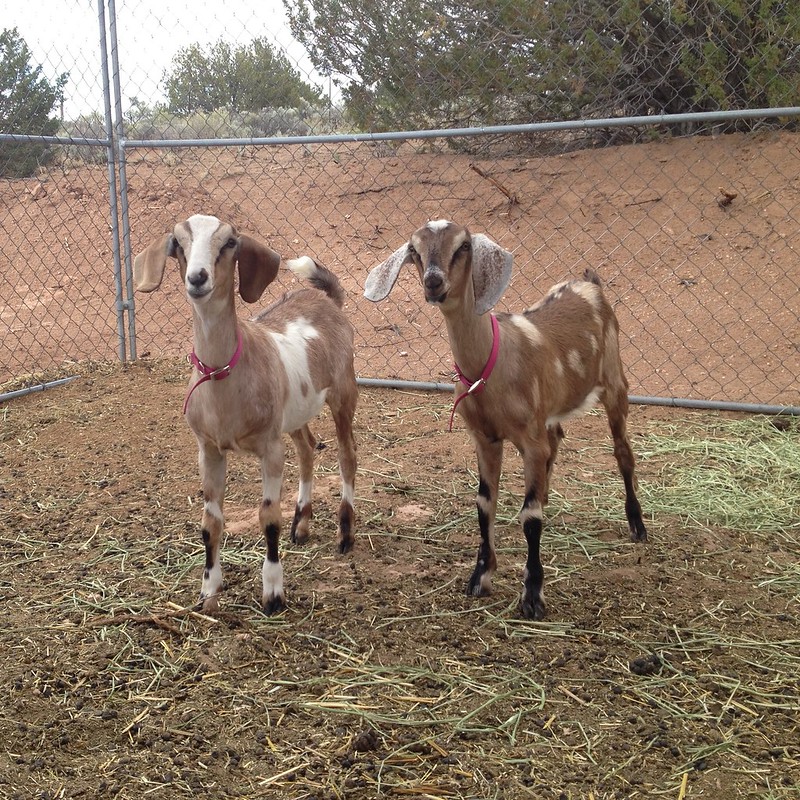 If you’re keeping up with us on Facebook you already know we had a herd shuffle happen here. 😉 And just so you know FB is much more current on the events that have a little laps in time till it gets to the blog so you might want to hang out with us there. 😉

I had a lady contact me who was interested in our Hermione and Ginny. We chatted a bit, and turns out she had some Nubians that she wanted to trade because she felt they would be too big for her purposes. So it worked out that we were able to trade one of our littles for hers, she had a doe and a wether (fixed boy) who were bro/sis. And then she went ahead and bought our other baby too because she wanted two. So that worked out perfectly! I was super happy that both our girls got to go together! They have a bright future ahead of them!

Meanwhile I already wanted to get another Nubian Doe, or two, and while I was really looking for one that was a bit older and would be ready to milk, I’m happy for this little girl that I can bring up! She should have great milk production so I’m excited to see what she’s capable of in a year-ish. 🙂 We have named her Luna in keeping with our Harry Potter naming theme. 😉 And right now I’m calling her brother He Who Shall Not Be Named because I don’t know that he’ll be here long. He’s absolutely beautiful, but we don’t need a wether on our ranch right now so after we all get settled I may seek out a new home for him where he can be a pet. 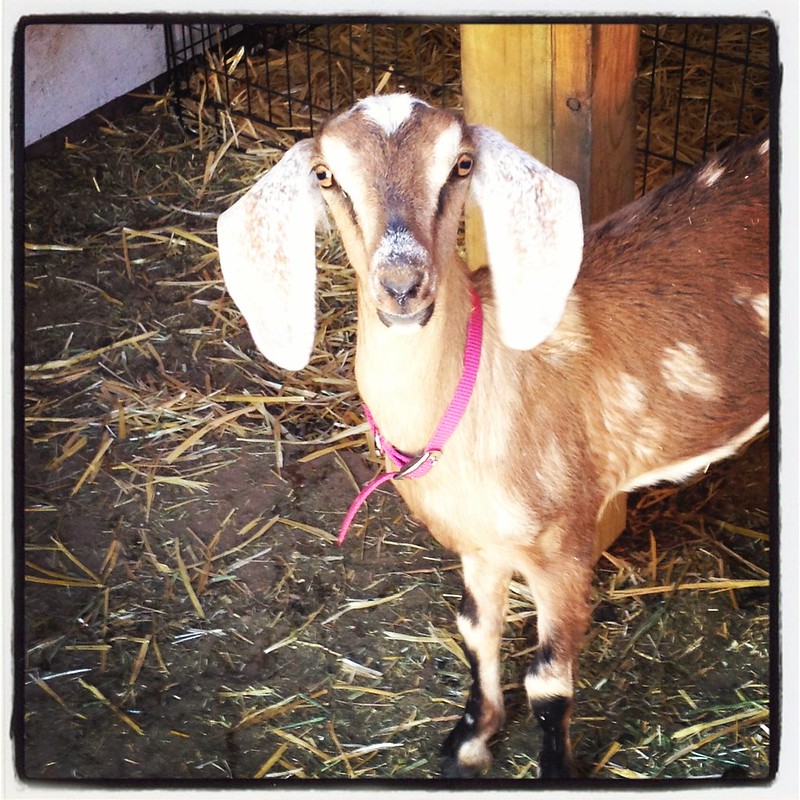 Luna is moon spotted which is SO pretty! She has a delicate little face and really reminds me of a faun! HWSNBN has a white face with beautiful markings! They are pretty freaked out from their trip here in the crate. 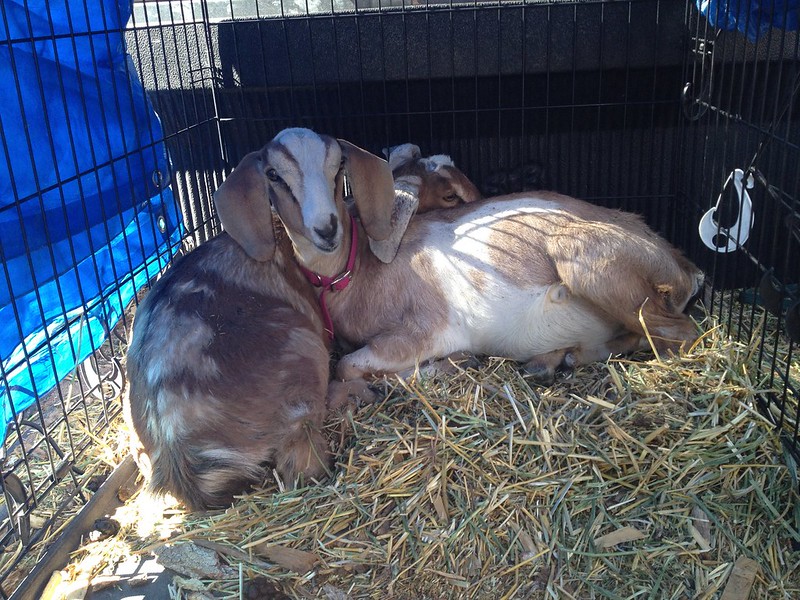 Their previous owner said that they were shy and timid, but she was working with them and they were eating out of her hand. I’ll keep working with them too, but I’m trying not to push too hard just yet till they’ve been accepted in the herd. The “big girls” aren’t too ecstatic to have them here, and Polka misses her babies too. 🙁

I got them to at least sniff the raisins in my hand, which is plenty of progress for now. 🙂 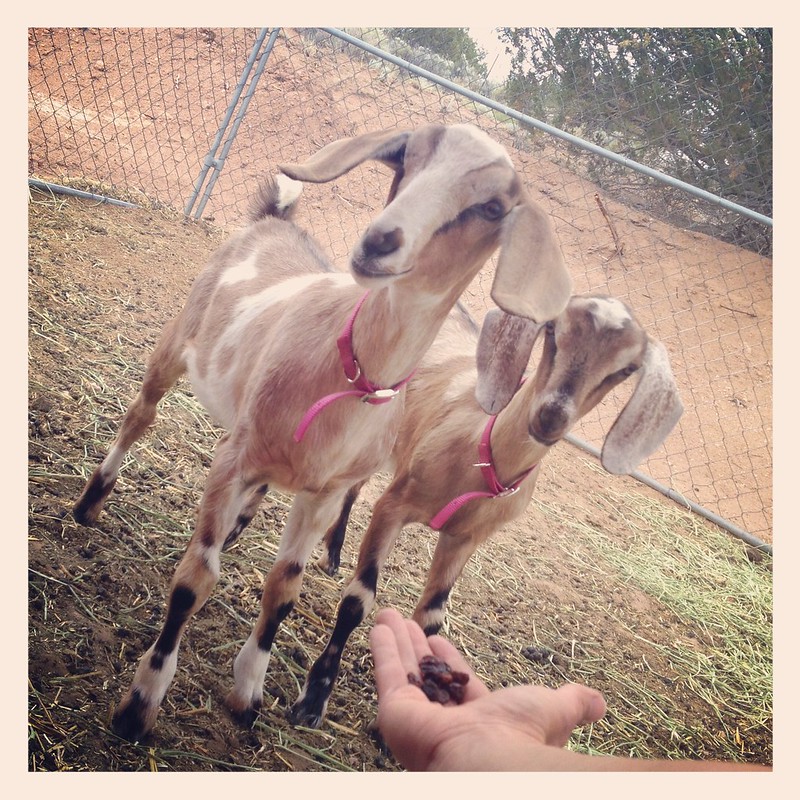 We are looking forward to when the fence is done and our goaties have more space to wander around in. For now I’ll be spending some time every day just sitting in the barn letting the littles get used to my presence. I’m sure we’ll be best of friends in no time! 😉