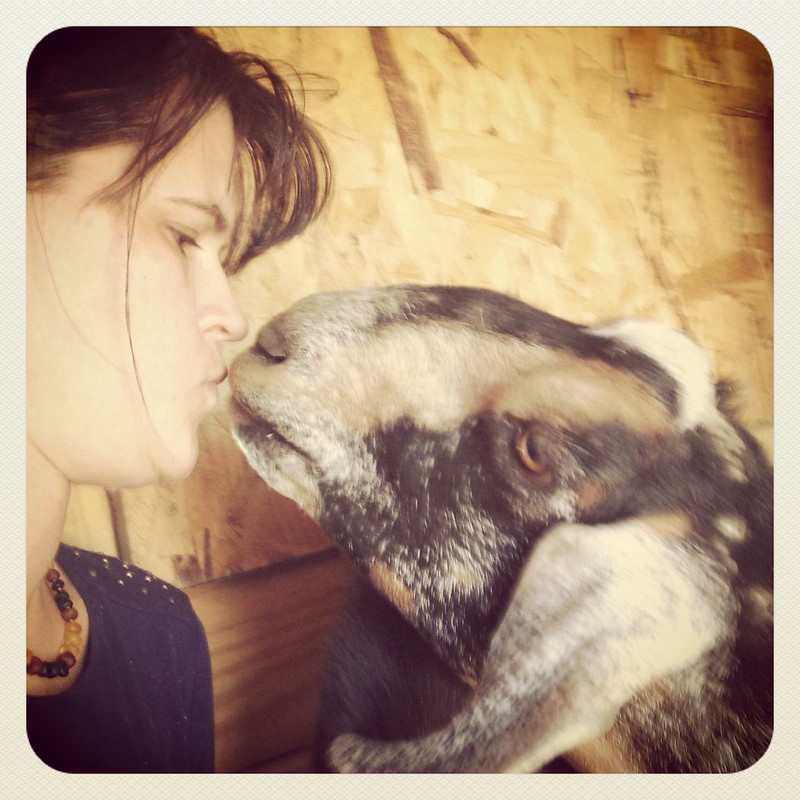 She has a problem. She gets antsy on the milk stand and can overturn the milk pail, soaking us both, or stick her filthy hooves in the milk. Either way it ruins/wastes the milk and makes me a not so happy camper.

Her previous owner told me that I needed to milk her from behind so that if she started to lift her feet I could “lean in” or something and block it. However, she wasn’t able to demonstrate and apparently I didn’t get it because the time I attempted to milk her from behind I got drenched in fresh milk. 🙁 Plus we don’t have a lot of space on them milking side of the barn and sitting behind a goat brings another set of issues… I mean… I just don’t like to be that close to the working end of a goat. 😉

So I started to milk her one handed so that I could keep one hand on the bucket at all times and could whip it out from under her if her feet so much as twitched. I also started dumping the milk into another container to “save” at least some of it in case she managed to kick the bucket. 😉 It worked, but it took FOREVER to milk her out that way.

We bought some hobbles at CAL Ranch one day. They told us they were for horses but could be made small enough to work for goats. Ha! Uh, no! It was too large to work once I managed to even get it on. Grrrr…. Ace wasn’t real thrilled with the idea either.

So, I got on a Facebook forum and asked for advice. One person said that they tied one leg back and that worked to keep them from kicking. That was all I had to go on, so the first time I tried it I was confused. Was the leg supposed to be off the ground? How far back was “back” and so on. Eventually I figured it out and this is what it looks like. 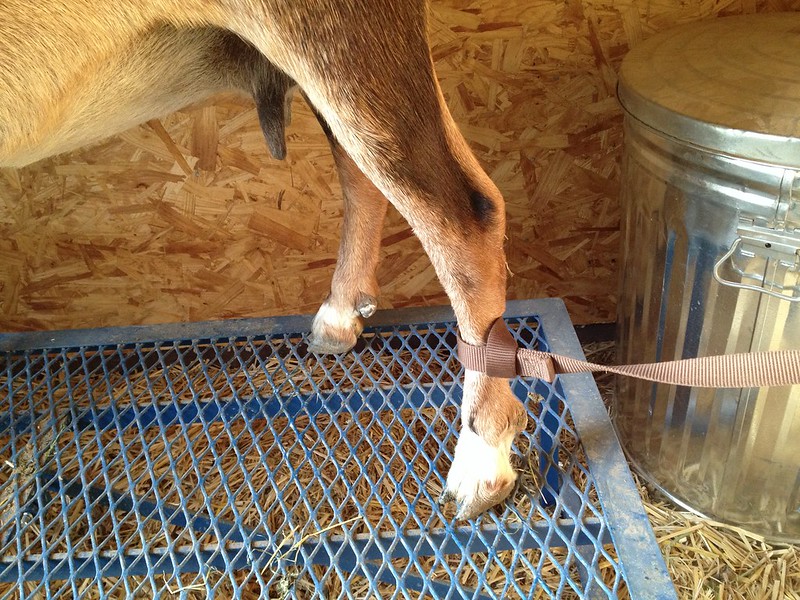 I used a dog leash and just loop it around the leg closest to where I sit to milk and then clip in onto the hook in the wall. Her leg is still able to be comfortably on the stand, but if she kicks with that foot it won’t reach the bucket. And the other leg bears most of her weight so she doesn’t kick with that one. It’s the perfect solution for us.

She’s gotten better about kicking, but I still use the tie-back. We have some mosquitos that like to irritate her on the stand, and that can make her twitchy, and she still does occasionally stomp on the stand if she’s impatient. So rather than risk waisting the milk that I work so hard for we use this solution.

I like that it’s gentle, easy to use and effective. 🙂

So there ya go! Got a kicking goat? Brains over brawn!

Look at this face? She’s trying to see where her milk stand treats are and why I haven’t given them to her yet! Silly goat! 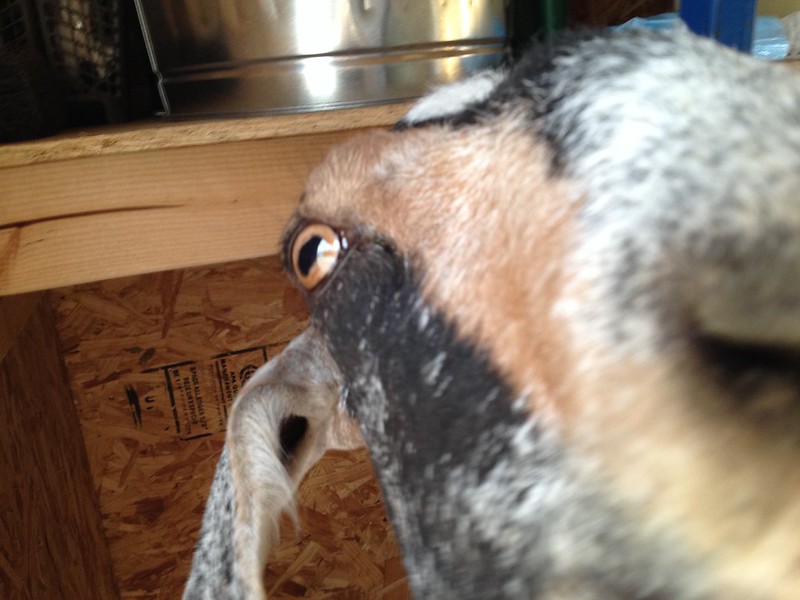