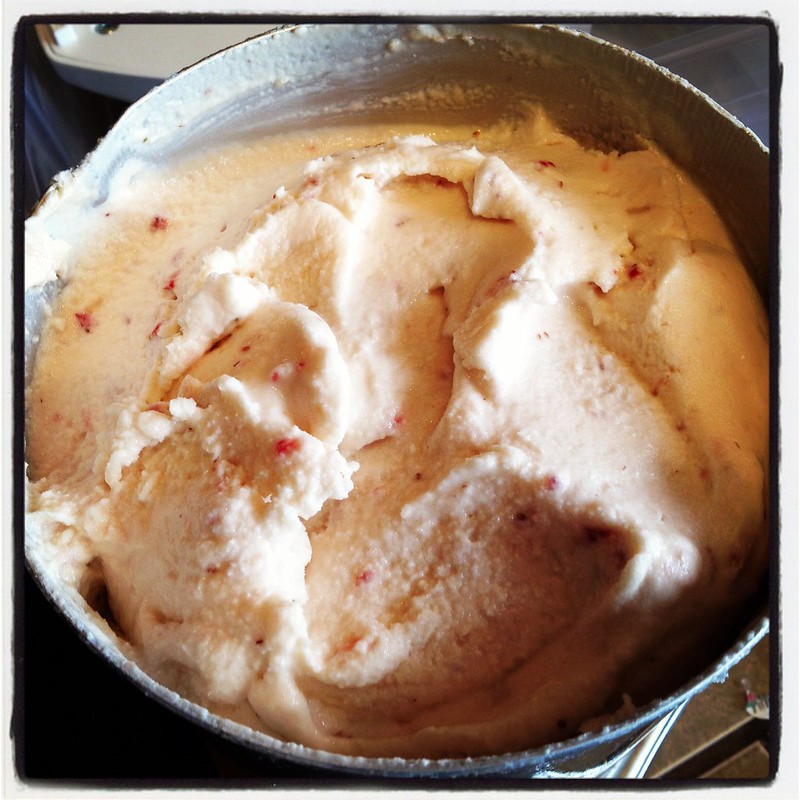 You might have read about my cheese making fun that I had with the milk a friend gave me to “play” with! It was a blast! I can’t wait to make more cheese to be honest! But another thing I had wanted to try was goat milk ice cream. Because goat’s milk is naturally homogenized it’s hard to get “cream” from it without a separator. But it does have a higher butterfat content than cow milk SO you can make ice cream with it just as is!!

Our son’s birthday was coming up and I wanted to make ice cream for the party. I hadn’t done it before though so I looked online specifically for goat milk ice cream recipes. Well… there’s a lot to choose from for sure! Some have a custard base where you have to heat the milk and temper the eggs and chill over night and that kind of thing. Which I’d like to try sometime just to see how it’s different or if it’s better than keeping stuff raw, but I didn’t have the time to do that this go round. Honestly you can probably use any regular ol’ homemade ice cream recipe and simply use goat milk wherever there is milk or cream or half n’ half used.

I used this one that I found on thefamilyhomestead.com. I tweaked it just slightly because I didn’t want to use quite as much sugar, and I only had a qt of strawberries. I liked this recipe because it used the whole egg instead of just yolk, and it kept the ingredients raw. I think that my ice cream maker is smaller than what this recipe actually makes so I may tweak the ingredients a bit more the next time. Over all though I really liked the way this one in particular turned out!

You want to cut up the strawberries and sprinkle with about half a cup sugar and set aside while you mix up the rest. Put the eggs and sugar in a mixer and mix with a whisk attachment till foamy and lemony in color. Slowly whisk in the vanilla and 2 cups of goat milk and arrowroot powder. Put the strawberries in a blender and puree till it’s the consistency you’d like, add to the egg mixture and mix until well combined. Poor into the ice cream maker and then add more goat milk till it is full. I think our maker took about a quart of milk altogether. Follow the ice cream maker instructions and let ‘er go! 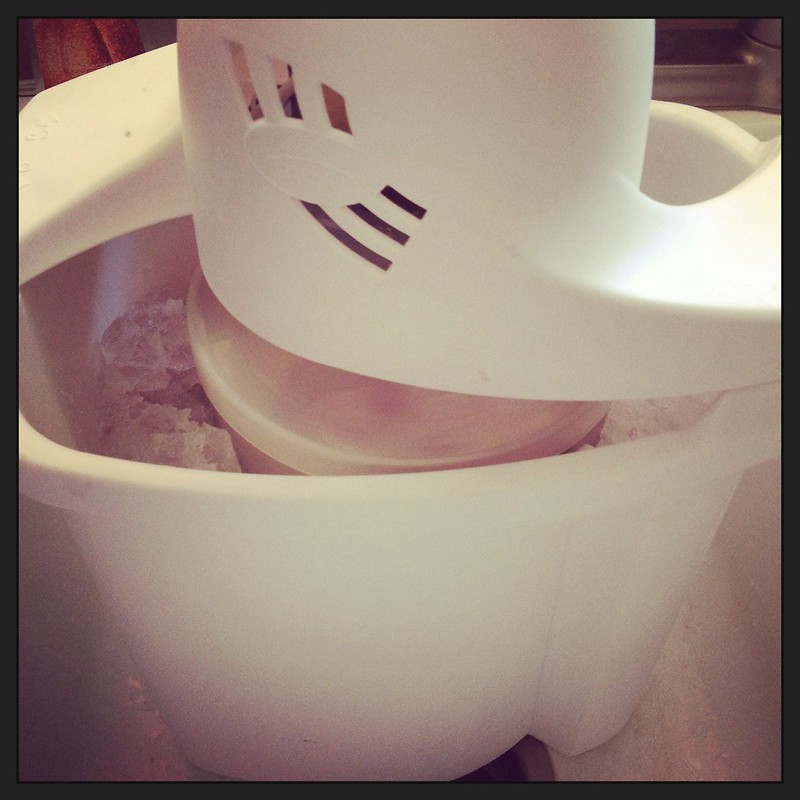 It took a little less than an hour for this to thicken up though my machine never did “stop on it’s own” like some said it was supposed to. I hardened it by just heaping more ice over it and covering it in a towel in the sink for an hour or so then into the freezer it went.

Let me tell you, one taste of this ice cream and I was totally and completely 100% convinced that I never need to buy chemical and sugar laden ice cream from the store ever again! It was SO good!! I wish I could let you all take a taste just to prove it to you! And honestly, it wasn’t that much work to put it all together. I will be making this again through the summer!!