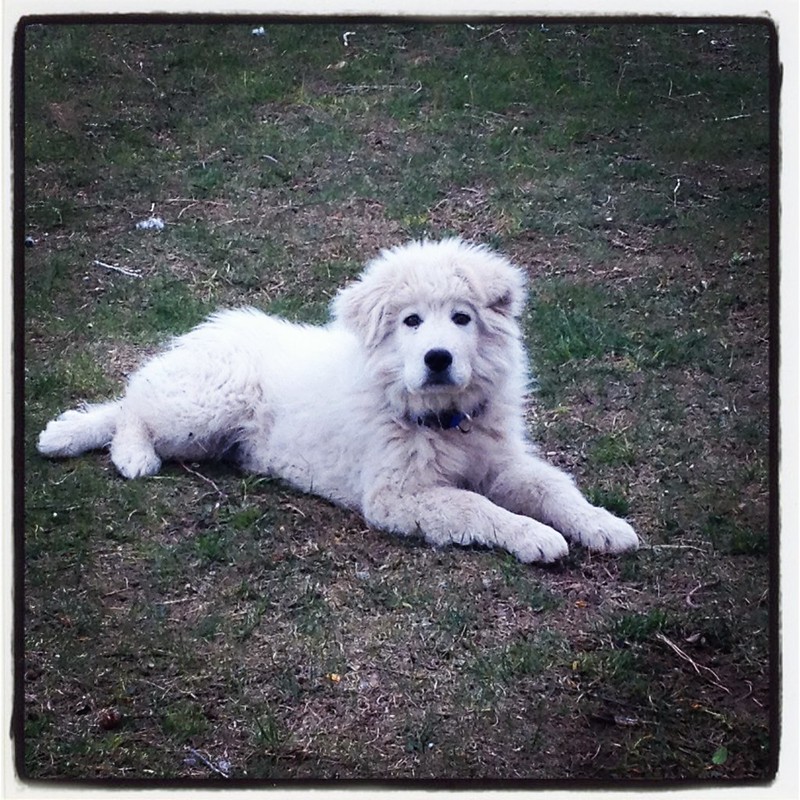 This “lil” dude is growing like a weed! He’s going to be huge! So far he’s doing well behavior wise besides chewing up everything he can get his paws on. Typical puppy!! He has a special like for dirty diapers. 🙁 Yuck!! And picking up stinky bits of diaper off of EVERYWHERE is not one of my favorite pass times.

Leave the diapers alone, you goob! Yes, I’m talking to you! 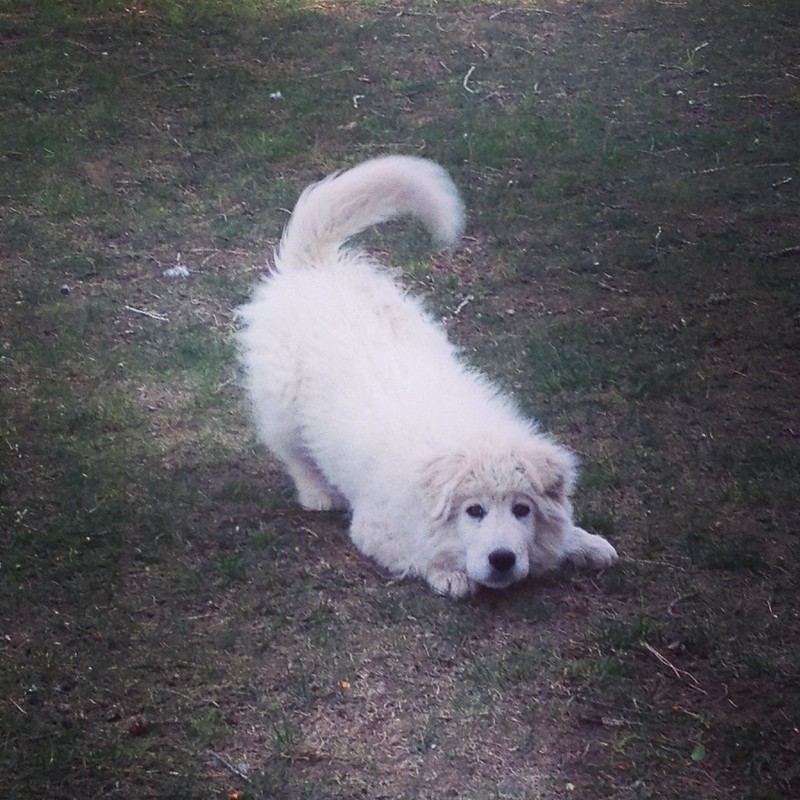 As far as his “job” goes he is starting to feel his instincts as the guardian. He barks especially at night, not just randomly, but at things. So that’s a good sign. He’s still kept in our backyard rather than with the goats full time. He spends part of each day in a kennel up at the barn so that he and the goaties can be friends. The big goats, Ace and Polka in particular, are still not terribly fond of him. Though the other day I was encouraged when I went to the barn and saw Polka had bedded down right next to Thor in his crate and he was on his back, clearly having been writhing around playfully in the hay. This is the kind of body language we want to see from the animals so we know they are “groovy” with one another. 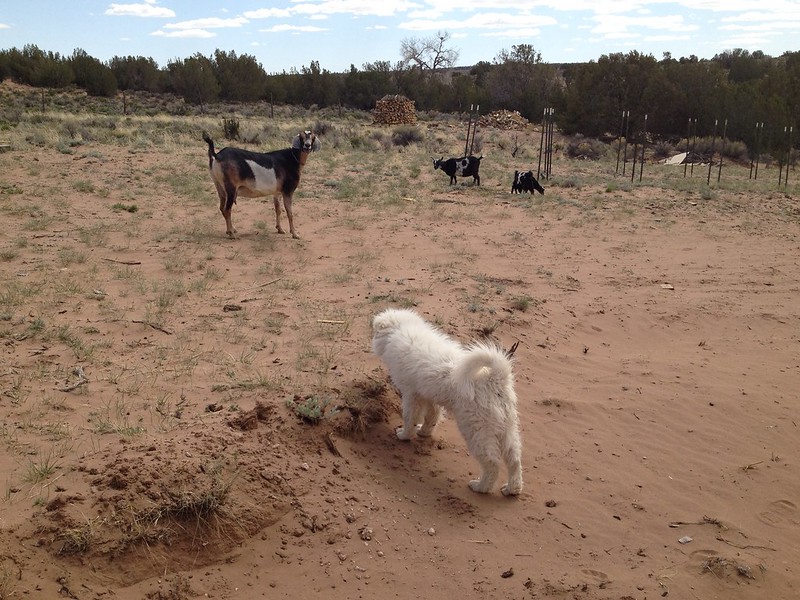 When the goats are out to roam, and I’m going to be outside too, I’ll let Thor out to “mingle.” He doesn’t really though. He keeps his distance. He has been butted enough times so that he knows to be respectful to the goats. Hopefully they will accept his presence and knock it off soon. Still, he’s too young to be left with them alone anyway.

So far, he is good with the grown up chickens. They flap into the yard now and then, though they do it less often now which is nice, especially if we ever want to have garden space in here! Thor did get a kick out of breaking into the garage (presumably for dirty diapers) and riling up the flapping chicks in the tractor. That was not acceptable behavior so now he gets scolded if he goes near the tractor. We don’t want him to get it in his head that it’s ‘fun’ to chase chickens.

We are hoping to get the fence done for the goat paddock soon, and when we do that Thor will inherit the fence that they now use as their yard to be his own “run.” We’d like to put a panel on it that he can get in and out of but that the goats, at least the grown ones, cannot get through. Our thinking is that the babies will accept him more readily and they are small enough that even if they do get into “his space” they won’t hurt him.

Anyway, that’s the plan… now if only that fencing would just put itself up! 😉 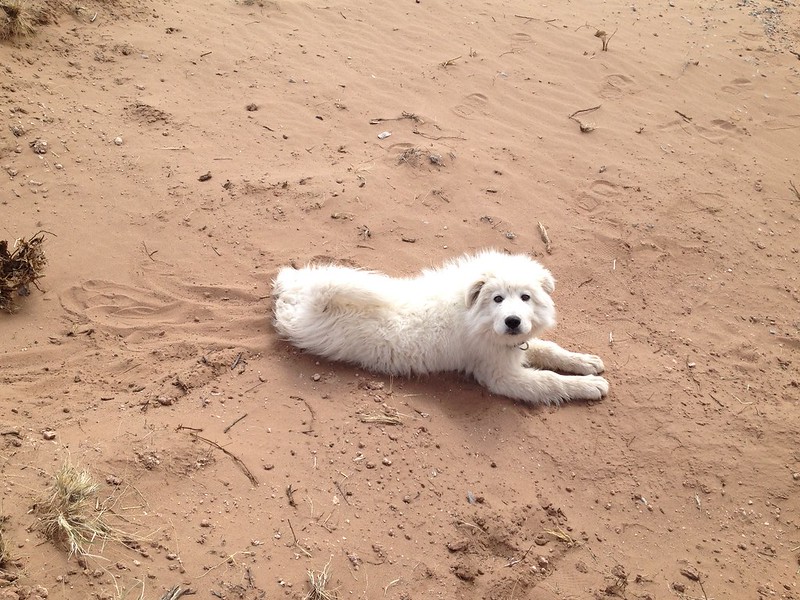