I have a goat friend (people who own goats are automatically “goat people”) who lives just down the road. She has Nubian goats, which is what Ace is, and has a buck too, yay!! Hopefully we can arrange a romantical rendezvous for the two of them sometime in a few months. 😉 Anyway, I’d been talking to my friend about the things we want to do with goat milk once we’re actually producing enough, and the next day she called and said she wanted to give me a couple of gallons of goat milk for me to “play” with! What a generous gift! Believe me, I know what a gallon of goat milk costs (or is worth) which made it so sweet that she’d do that just so I could try my hand at a few dairy products!

So the first thing I did that very afternoon was make cheese. 🙂 It was a soft cheese because I don’t have any rennet or other cultures yet. Also the largest pot I have will only just hold a gallon of milk, so once I do get my rennet and press and everything, a larger stock pot is going to be necessary. 😉 But for this first time it all worked out fine. What I did first was a Queso Blanco.

I brought the milk up to 180* stirring frequently to keep the milk from scorching. 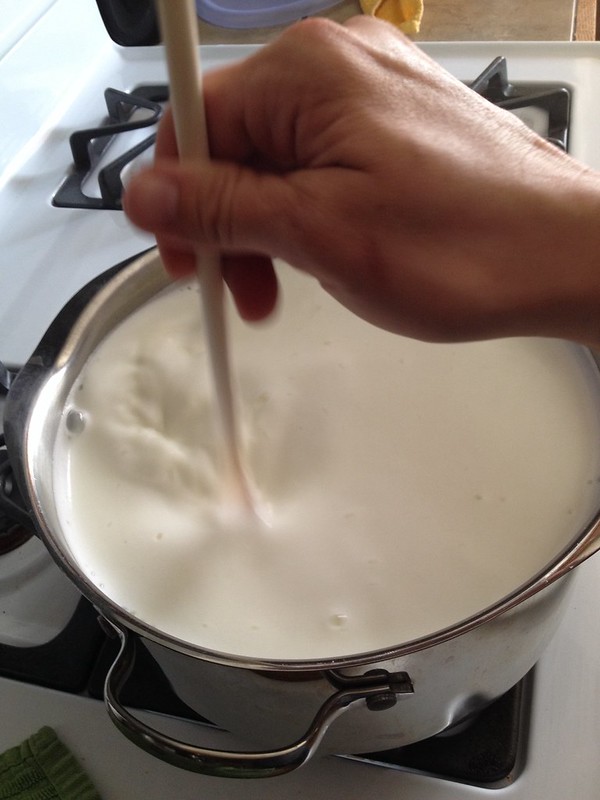 I kept checking it with my handy-dandy digital thermometer. I think I’m going to look for an actual dairy thermometer, but this one works for now. 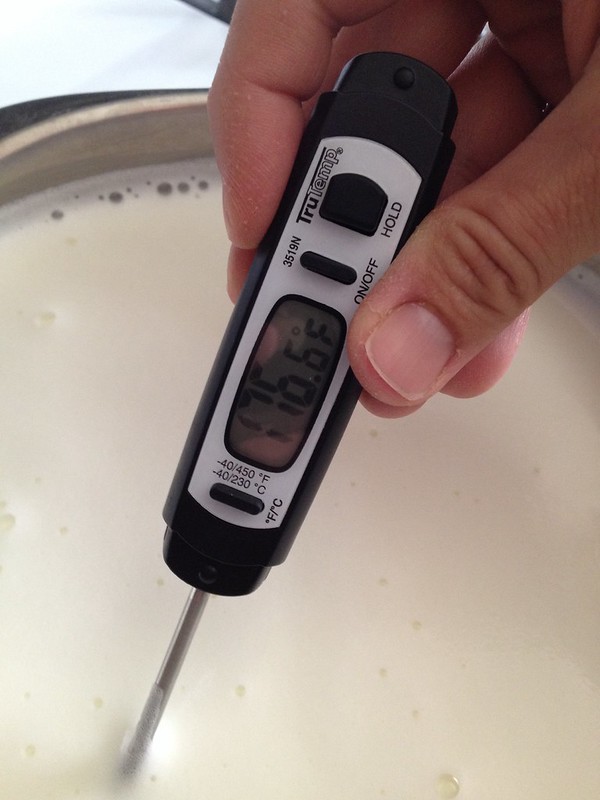 Once it reached temp, I poured in an acid, in this case lemon juice. You can use ACV as well. I used about .5 cup. 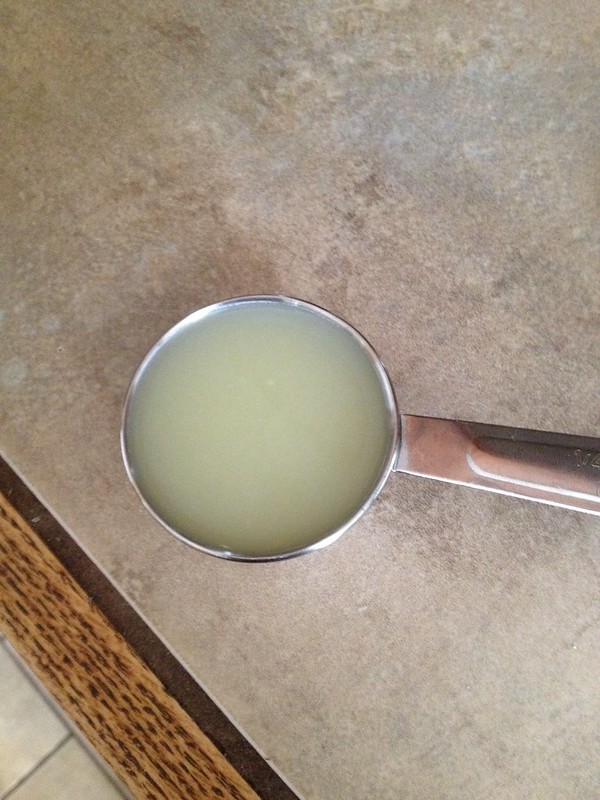 Right away the milk started changing to curds! Like magic!! 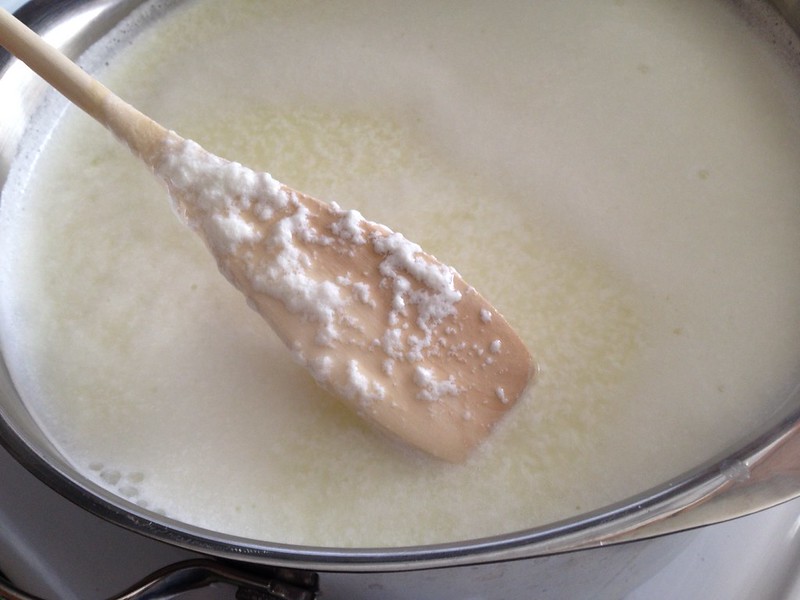 I stirred it for a few minutes till the curds and whey had separated. Then I poured the whole pot into a colander that I’d lined with a linen tea towel. I don’t like using cheese cloth because it’s not as reusable, but I may change my mind with the hard cheeses. 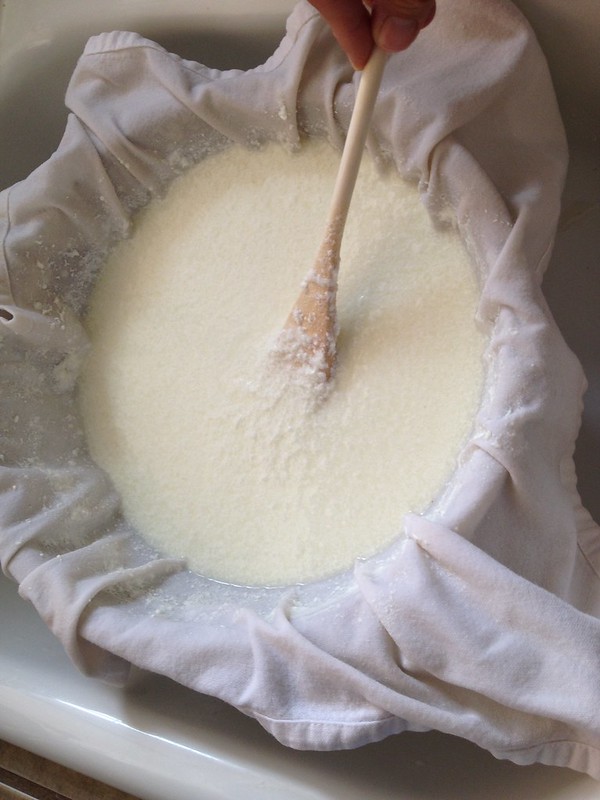 I strained it over a bowl because I wanted to keep the whey. It took awhile to get most of the liquid out and then, rather than hang it to drip, I pulled the corners of the towel together and set the whole thing in my large mesh strainer. then I put a small lid on top and set a can on top of that to speed up the process a bit… I’m not very patient.

In the end I had a Queso Blanco! 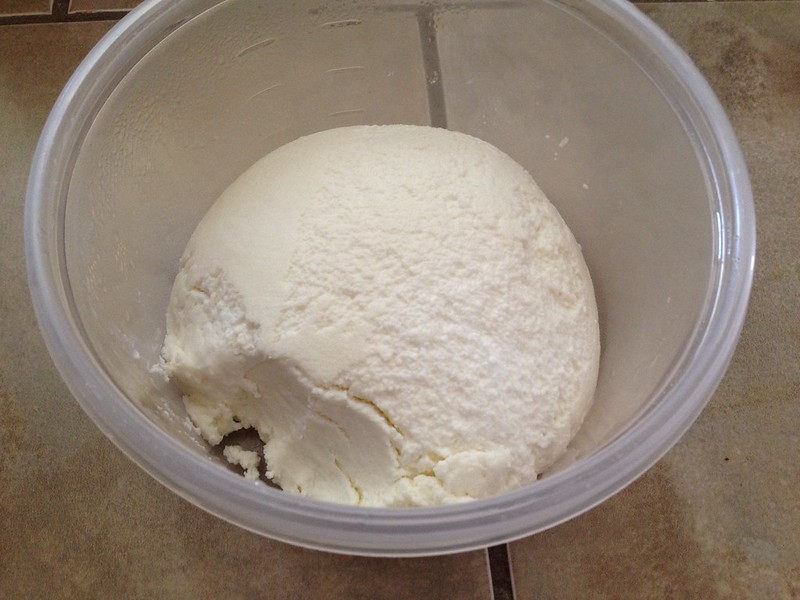 I was so proud of myself! It’s amazing what one success can do for your confidence! Now I have visions of filling our cellar with wax coated cheeses of the cheddar, gouda, and parmesan variety. 😉 Maybe someday, but for now I’ll just enjoy the soft cheese, and dream of the day we are flooded with enough goat milk to “play” with more cheeses!

I used the recipe from “Goat’s Produce Too!”

2 Gal Whole Goat Milk (though I don’t see why you couldn’t attempt it with cow milk, even from the store, but I can’t vouch for the results)
1/2 c. Cider Vinegar (I used lemon juice instead, and needed about a fourth and a half to get the curds)

Heat milk to 180* stirring often to keep it from scorching. Slowly stir in the vinegar, keep stirring as you pour. The milk will begin to separate into a fine curd.

Pour the curds and whey into a colander lined with cheesecloth. Tie the four corners of the cloth into a knot and hang cheese to drain for several hours or until the bag stops dripping.

Remove drained curds from cheesecloth, wrap in plastic wrap and refrigerate. Keeps well for one week.

Stay tuned for the next thing I “played” with milk to make. 🙂

Shared with the Blog Hop at The Homesteading Hippy.