Stuart is the amazing carpenter round here. 🙂 He built the green house, he built a shed, he built the LRB, my favorite!! And he’s going to build a new chicken coop for our new chickens (and hopefully some of the old ones too!) in the same LRB style! Can’t wait!!

But before he could get started on the coop, we really needed a hay feeder for our goats! If you read anything about feeding goats online nearly everyone will say that goats are notorious hay wasters! It’s true! Especially if you’re feeding them a hay blend like what we use. They want to pull out all the yummy alfalfa and leave the rest. Sillies!

When we brought our goats home and they were living in the dog house, literally, while we got the LRB finished, we borrowed one of our boy’s little wheelbarrows to use as the feeder. It worked fine in a pinch and I don’t think the goats care one way or another as long as there’s plenty to eat. 😉

After moving to the LRB the wheelbarrow came along because we didn’t have anything else yet. And yes, the goats wasted some hay, but I usually just tossed it on the bedding pile and ‘recycled’ it that way. However, after the babies showed up, the hay wasting got out of control! I’m not exactly sure how or why it escalated so fast, but it was ridiculous! And then the goats were always looking at me with these big eyes like they were starved because they ate 3 bites, threw the rest on the floor and peed on it, and now they want more. Hmmm…

So Stuart came to the rescue and built this amazing feeder! 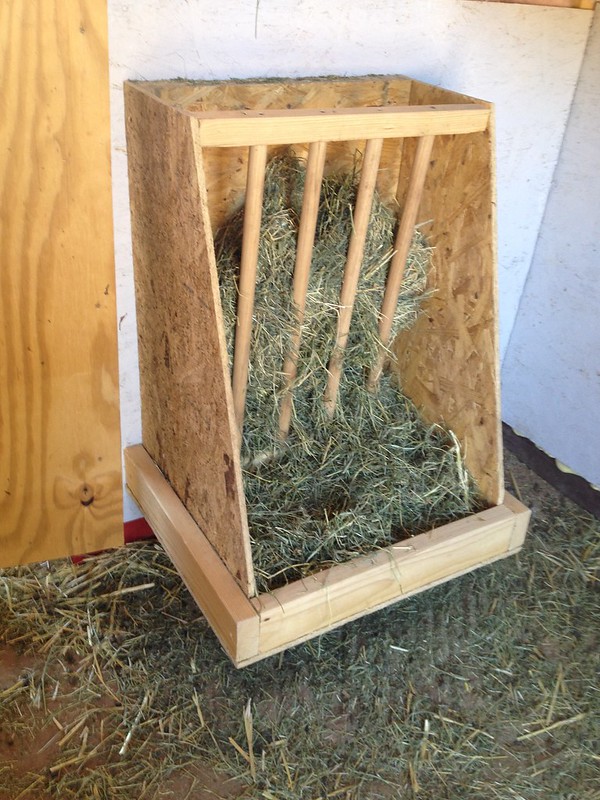 He figured out the design on his own after we looked at a few inspirations on pinterest. 😉 This one really really cuts down on the wasted hay!

The goats love it! 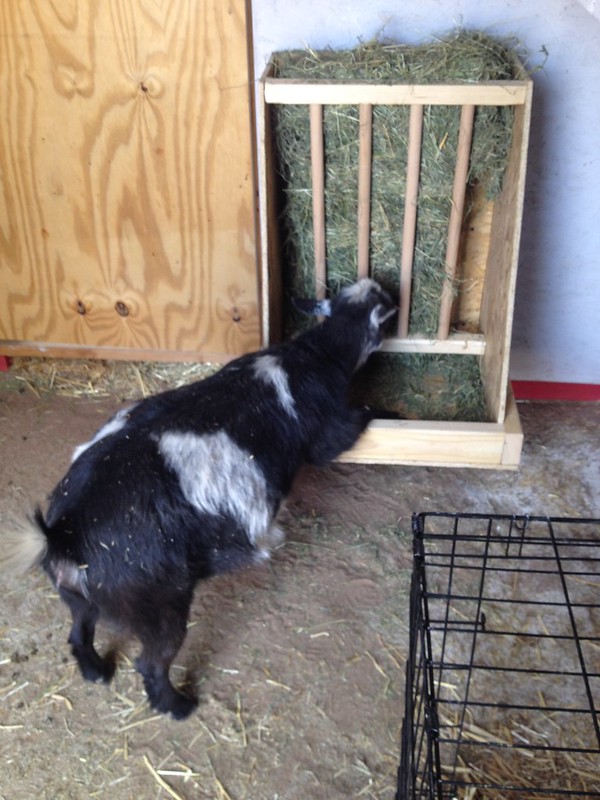 It certainly beats the old wheelbarrow with it’s hay spilt out on the ground! The babies still love to jump up in this one, but since they can’t knock it over like the other, it’s not as much fun so they don’t spend much time there. The bottom is perfect for catching hay and a place to pour the pellets when we feed them those too! I think it’s great!

Thanks Stuart! You’re the best!

Stay tuned for the tutorial he’s going to post on how to build your own feeder like this one!!