We are just starting to learn about compost and all the incredible things it can do! A couple years ago, we thought we’d start a compost pile to cut down on the kitchen trash. We designated a spot for it, built a little area and started to toss our compostable trash in there and cover it with dirt. We even purchased some worms from a bait shop to live in there.

I wonder where those worms are now???

That compost pile never really took off. For starters we technically live in a desert. Which means, it’s dry. I think that if we’d wanted that pile to survive I’d have had to start watering it on a regular basis. We kinda just left it to it’s own devices and the chickens have scratched it all up and taken care of any bits of anything they could find in there just fine.

Once we started the greenhouse project, however, we knew we were going to need some real compost at some point. So to combat the issue of no moisture we invested in these compost bins. They are turnable, which helps things compost faster and they are contained which keeps the moisture inside nicely. 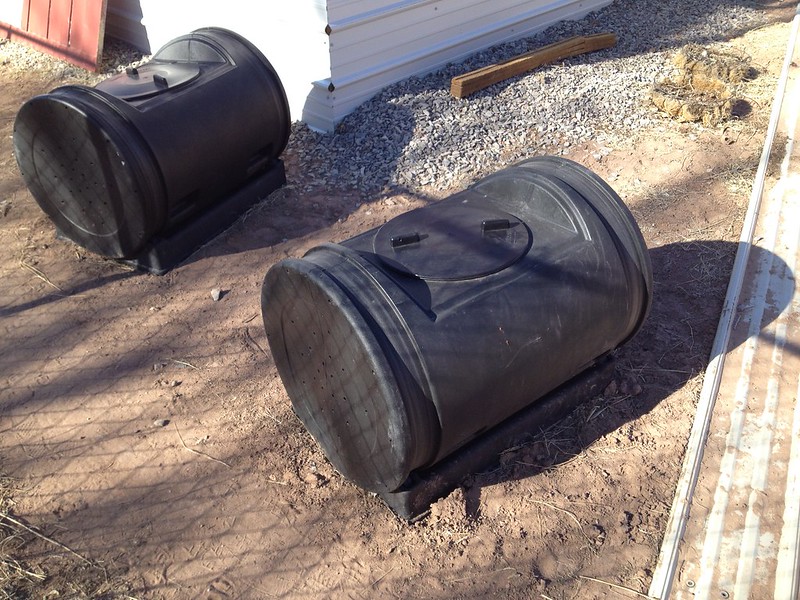 We don’t have worms in there, but occasionally flies do buzz around when I take the lid off so something’s growing in there to help break things down. I wonder if worms would like it?

The lid screws on and off fairly easily. My 6 yr old can handle the task of taking things to the compost bin without a problem. 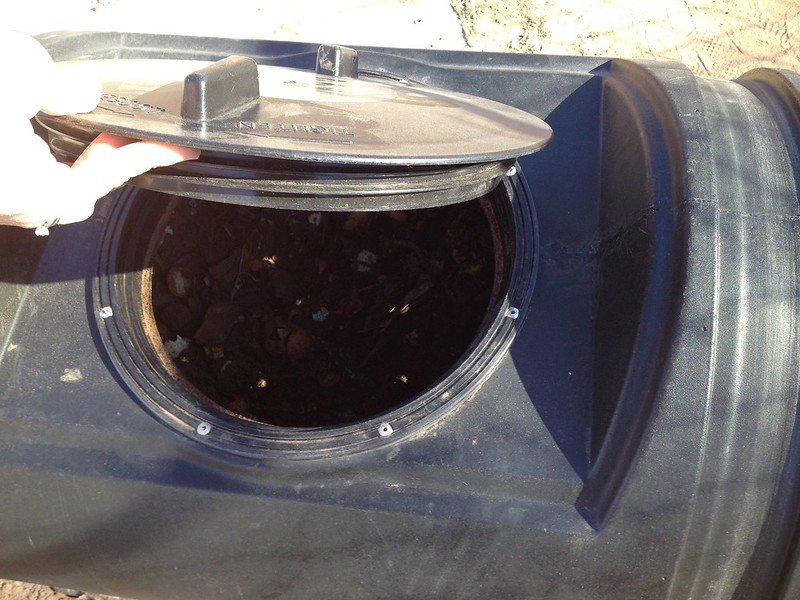 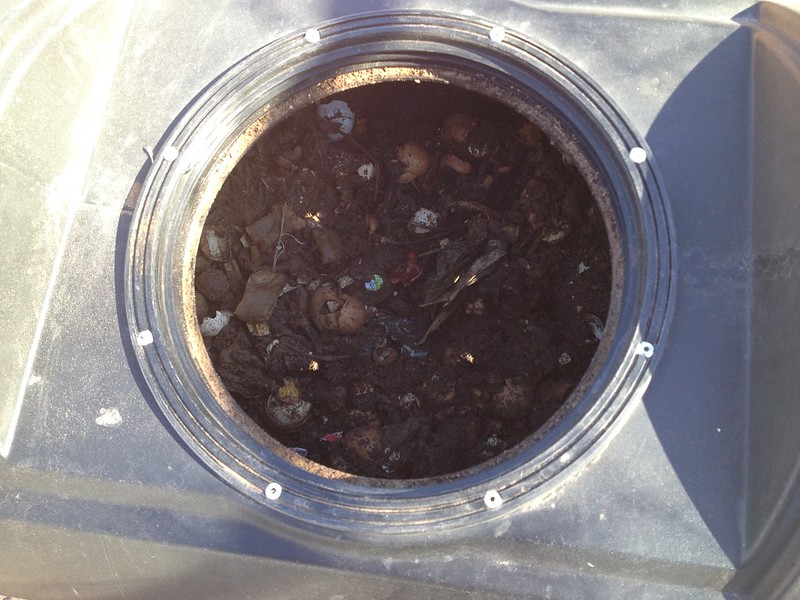 We actually bought some organic compost starter to get things going in there with good bacterias and such, and so far I think it’s breaking down nicely.

We don’t have as much kitchen compost any more though because the chickens, and sometimes the goats get most of the scraps. Still, there are things that they won’t or shouldn’t eat and those we put in a container in the freezer till full and then one of the boys takes it out to the bin. Works out well.

We also now are creating quite a straw/hay/manure compost pile as well since the goats have come to live with us. 😉 This one is just out in the elements, in fact it’s the dog’s favorite place to spend the night, blah! Must be warm! The top of it is completely dry, but I have a feeling that the layers underneath are probably composting well. I’ll be checking on them in a few weeks when we start planting things. I’d like to use the manure-hay as mulch for garden plants and shrubs. If it looks too incredibly dry I might start adding water too it and sprinkling in some of the organic starter as well just to help break things down a bit.

That’s our compost system right now. I’m looking into compost gardening techniques to possibly use next year. We’re sticking with the green house and what we can grow there this Spring, but next year I’d like to have some designated garden spots to do the compost gardening since our soil quality is pretty poor. We’ll see. These ol’ black thumbs might be taught! 😉

Do you compost? What is your system for getting it and using it?